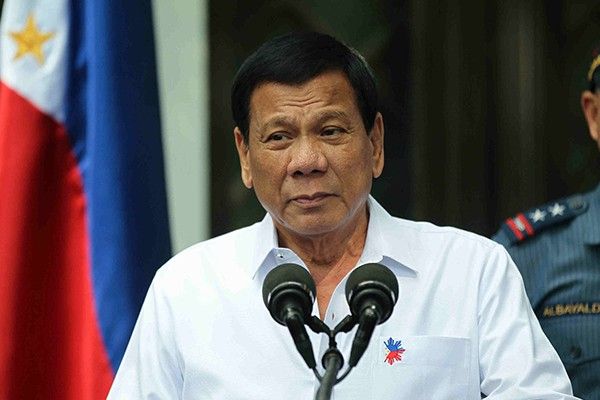 PRESIDENT Rodrigo Duterte merely laughed off the fresh rumor that he was confined at the Cardinal Santos Medical Center in San Juan City for a medical emergency, Malacañang said on Monday, May 20.”Nothing

PRESIDENT Rodrigo Duterte merely laughed off the fresh rumor that he was confined at the Cardinal Santos Medical Center in San Juan City for a medical emergency, Malacañang said on Monday, May 20.

Panelo said Duterte’s voice was even “strong” and “upbeat” when they talked over the phone on May 19 about the latest speculations about his health.

“I talked to him yesterday, his voice was very strong. Wala, natawa lang (He just ignored it, he merely laughed it off),” the Palace official said.

“He never mentioned anything [about his health], but from the sound of his voice, parang upbeat na upbeat (He’s very upbeat),” he added.

Panelo said the 74-year-old President merely dismissed the latest rumors about his health condition as “not a serious matter.”

He assured that the President would inform the public if there was anything seriously wrong with his health.

(In other words, the rumor is not a serious matter because if it’s serious, he always tells the public about it. He tells us if he visits a hospital or undergoes some medical procedures, doesn’t he?)

“Let me assure the nation na if there is anything wrong with the President’s health serious enough to be of our concern, he will tell us. And he said so himself many times over,” he added.

Panelo made the assurance after rumors circulated over the weekend about Cardinal Santos being placed under “code blue” because of a medical emergency involving the President.

“Code blue” alert indicates a medical emergency situation in a hospital to attend to a patient suffering from cardiopulmonary arrest.

Asked if Duterte visited the hospital for a routine medical check-up, Panelo said he was not privy since the Chief Executive “never mentioned” anything.

The Palace official said the public can instead “draw [their] own conclusions.”

Duterte was last seen in public on May 13, when he cast his vote for the midterm polls and entertained some questions from the media in Davao City.

He said the President only wanted some privacy while working and attending to paperwork.

(The President, when you don’t see him, is working. He does not want to be disturbed because if he’s outside, many want to talk to him. Since he’s an accommodating person, he can’t decline so he’s distracted to focus on signing paper, reading documents and memo. That’s why perhaps, he decides to stay put.) (SunStar Philippines)