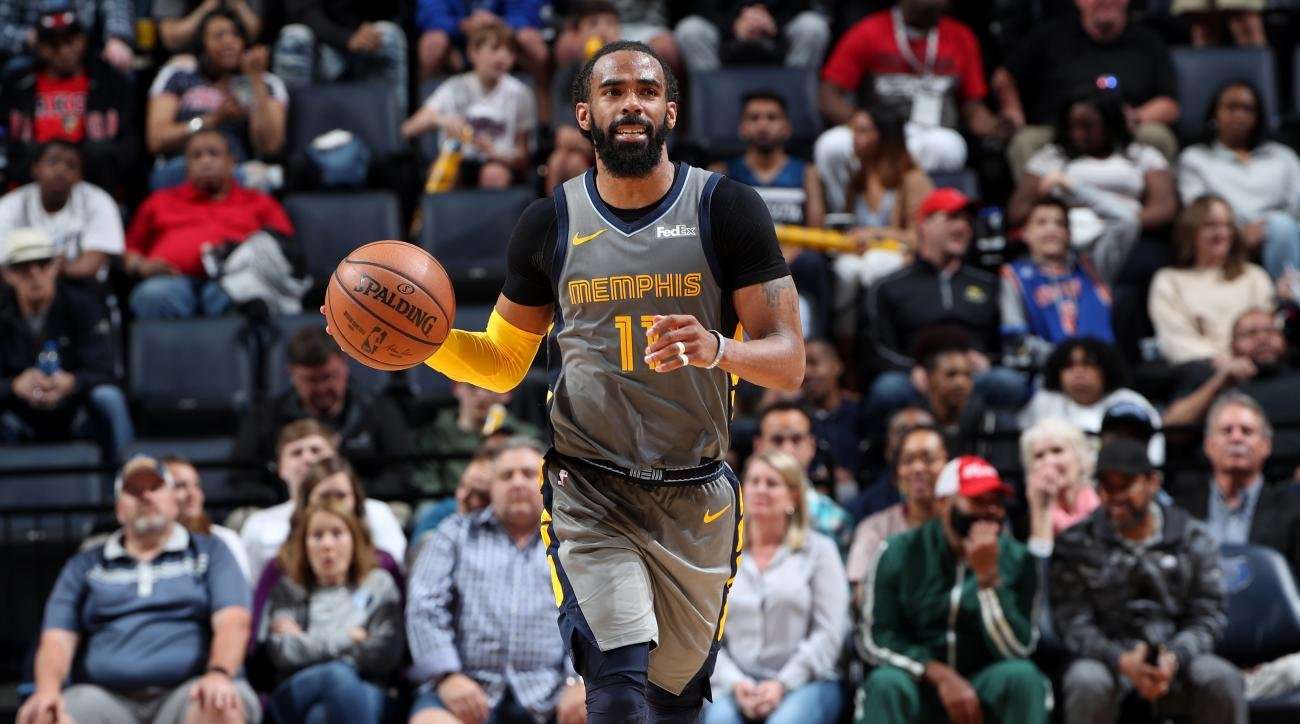 The Memphis Grizzlies moved on from the Grit-and-Grind era in full on Wednesday, sending longtime point guard and franchise stalwart Mike Conley to the Utah Jazz for a package that reportedly includes Jae Crowder, Kyle Korver, Grayson Allen, the No. 23 pick in the 2019 draft and a future first-rounder that has protections beginning in 2020. The deal moves the Jazz closer to the forefront of a wide-open Western Conference, and positions the Grizzlies to begin rebuilding in earnest around Jaren Jackson and Thursday’s presumptive No. 2 pick, Ja Morant.

This was the best possible off-season move on the board for the Jazz, who, per a source with knowledge of the situation, went down to the wire in talks with the Grizzlies at the February trade deadline. It had been little secret that Ricky Rubio wouldn’t be back in Utah next season, and landing Conley in the back part of his prime as a partner for Donovan Mitchell was close to a best-case scenario. In a Western Conference that appears wide-open now that the Warriors are in injury and free-agency flux, the Jazz now boast one of the league’s best backcourt duos, and two capable late-game shot creators to anchor what has been a staunch defensive unit built around Rudy Gobert. The hope is that it’s enough to push them over the top.

Conley’s deal is pricy, but not a massive long-term issue for the Jazz—in a worst-case scenario, he has an early termination option for 2020-21 with a partial guarantee. He’s owed about $66.5 million in total for the next couple seasons. At this stage of the contract, that figure is really not that bad. Utah is going to take Conley into cap room, limiting some of their spending power, but was able to do this deal without making a massive on-court sacrifice elsewhere. Crowder and Korver’s contracts both expire next summer, and Utah can search for veteran help elsewhere on the wing using their exceptions. The Jazz won’t have to waive Derrick Favors, who has a partial guarantee, but they can guarantee his full salary for next season and trade him if they choose. Allen was last year’s first-rounder, but didn’t see much of the floor as a rookie, and the change of scenery may help him.

Including the No. 23 pick is a relatively small price to pay for the Jazz. According to the Daily Memphian’s Chris Herrington, the protections on the future first-rounder are engineered so that the Grizzlies would receive it in 2020 or 2021 only if it fell between picks 8-14. Basically, if the Jazz make the playoffs the next two seasons, the pick will probably convey in 2022—a draft that could include two classes of prospects (and a lot of extra talent) if the NBA’s age limit goes back to 18, as many expect. That pick could be the most valuable part of the deal, but the Jazz will hope their own sustained competitiveness helps limit its value.

Overall, Utah should be commended for going all in, and doing so in reasonable fashion—if they vault to the top of the West for the next couple seasons, Conley’s cost could be well worth it. The Jazz aren’t generally a free-agent destination, and swinging a deal with this type of potential impact was an ideal means of improvement going into the summer. The arms race in the Western Conference should only intensify from here.

After waiting this long to deal Conley, it was difficult to see the Grizzlies netting too lofty a haul for him, and the return they’re getting here is reasonable, if unspectacular. One big component of this is financial relief for Memphis, who net two useful expiring deals that can eventually be sent elsewhere, if need be. Korver has a partial guarantee and can be waived for additional cap flexibility before July 10. Crowder is a player who will likely have trade value at some point. The deal creates a sizable trade exception for Memphis, and give them immediate financial wiggle room, which will be helpful in re-signing Jonas Valanciunas (who will reportedly work on a new deal with the team) and Delon Wright, who is a restricted free agent. Both players were chief elements of the return for Marc Gasol, who the Grizzlies dealt to Toronto at the deadline, and it would make some level of sense for them to stick around, lest Memphis punt on that situation shortly after the fact.

Memphis is far from contending, but netting the two first-rounders and Allen on year two of his rookie deal certainly helps the cause long-term, even if none of those three items are outwardly likely to produce a star talent. Jaren Jackson and, presumably, Morant, give Memphis two pieces with immense long-term upside. Pick No. 23 in this year’s draft should net them a reasonably useful player or development piece. The future first, as described above, could return real value, even if the Grizzlies are essentially deferring it until 2022. They’ll be able to see what they have in Allen, who was the 21st pick in the 2018 draft, with his shooting ability and toughness still holding role-player appeal.

Ultimately, it was important for the Grizzlies to clear the decks going into next season, and doing the deal before the draft gives them some additional levels of flexibility. Holding onto Conley while also drafting Morant only creates some confusion and clutter in terms of playing time. Waiting until after free agency to assess might have run the risk of a potentially reduced market for a player with his large salary number, and of his stature. Their overall salary sheet, for the moment, appears extremely clean going into the summer of 2020. It’s not a perfect haul, but Memphis at least accomplished a few different tasks that should help them going forward. The future will hinge on Morant and Jackson’s development, and building the best team around that duo has to be the big-picture goal.