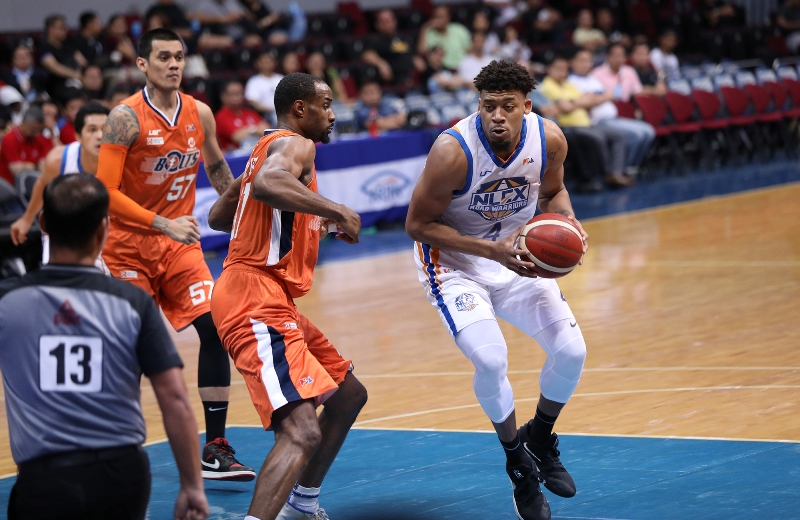 With the team already on the ropes, the NLEX Road Warriors finally broke through in the PBA Commissioner’s Cup with a 100-91 drubbing of the Meralco Bolts at the MOA Arena in Pasay City Wednesday night.

The Road Warriors nearly squandered a huge 23-point lead but made the stops and the offensive conversions in the crunch to nail a first win after a lethargic 0-6 start in the midseason tourney.

Tony Mitchell dished out a huge game with 32 points and 20 rebounds, and himself made crucial plays to fend off the Bolts’ fourth-quarter fightback.

Meralco suffered a third straight loss and dropped to 3-5 overall.

NLEX coach Yeng Guiao, in his second game from vacation, expressed some relief as they finally got over the hump.

“Kahit papaano it’s something positive to pin our hopes on. Siguro it could also be an encouragement for us to keep on playing as hard as we can. Baka mag milagro pa,” said Guiao. Despite the win, the Road Warriors are in a tight bind at 1-6. And they have a tough assignment next against the Barangay Ginebra Kings. “Buti na lang Ginebra lang ang kalaban sa susunod,” said Guiao in jest. “It’s an out-of-town game and we have to prepare hard especially as Stanley (Pringle) is already playing for them as I understand. We’re focused on our next game. We’re not thinking of anything else,” Guiao also said. Playing with their old fire, the Road Warriors took the half at 56-49 then stretched their lead to as many as 23 in the third.

However, the Bolts refused to just roll over and die. Instead, they opened the final quarter with a big salvo and came threateningly close at 87-91 with over five minutes left to play. Mitchell and Jericho Cruz saved the game for the Road Warriors in the end. Cruz had his best showing in an NLEX uniform with 16 points and six feeds as the Road Warriors earned the W.