Matthew Stafford played through broken back in ’18 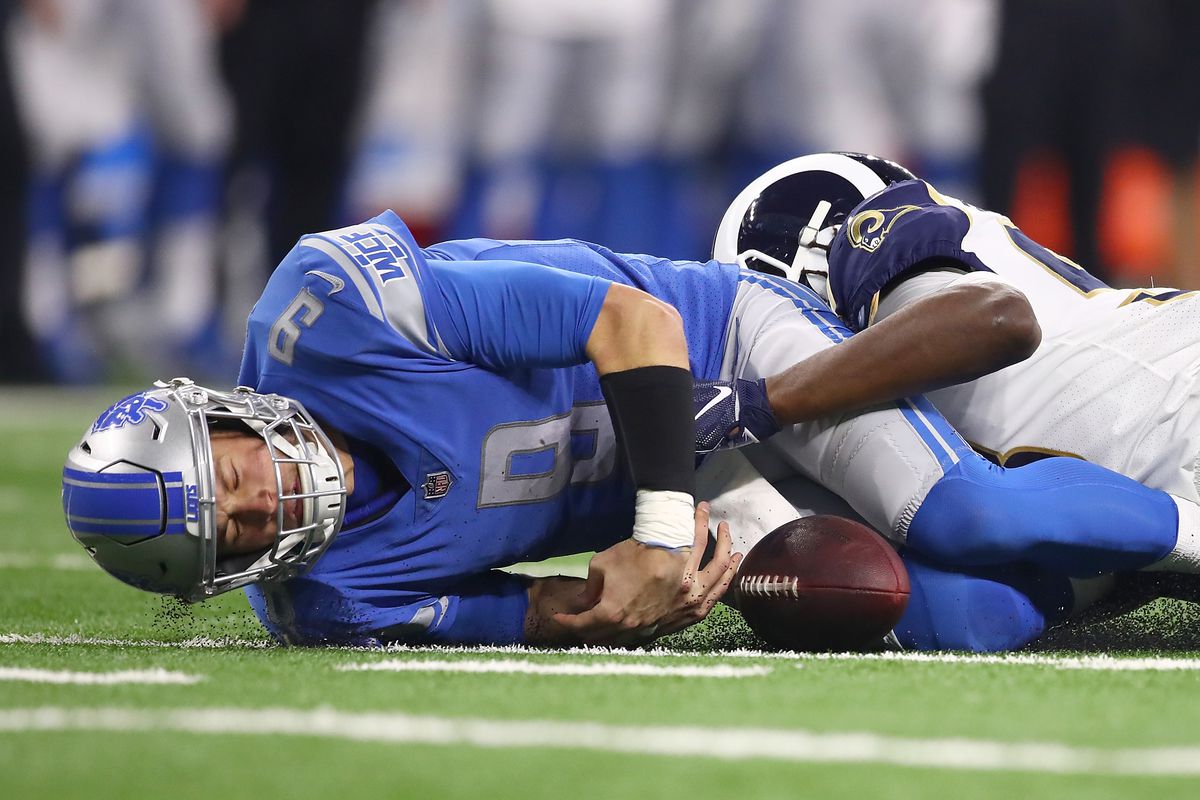 Despite his team’s varying degrees of success over the years, Matthew Stafford hasn’t allowed anything to keep him off the field. Not even a broken back.

On the most recent edition of his podcast with WJR host Ken Brown, Detroit Lions reporter Mike O’Hara revealed some details on the vague injury the quarterback sustained toward the end of the 2018 campaign.

“He is durable but does play with injuries. As it turns out, he had broken bones in his back,” O’Hara told Brown. After being asked by Brown if he was supposed to say that, O’Hara replied, “It’s been reported.” O’Hara’s report was confirmed by NFL Network insider Ian Rapoport, who provided more context on the situation.

This is true, described as tiny fractures in his back. It also helps explain what Matthew Stafford played through, something that probably keeps other players off the field and adds context to his season. https://t.co/TuLgMlJgRO

Up to this point, the only information the public had to go off of regarding Stafford’s ailment was that he suffered the injury after being tackled 11 times against the Los Angeles Rams in Week 13.

Prior to this, he suffered a chest injury in Week 1 against the New York Jets and a pinky injury against the Seattle Seahawks in Week 8. Stafford managed to stay in the lineup for the final three games, completing 55 of his 84 pass attempts for 425 yards and a touchdown, to extend his consecutive start streak to 128 in a row, the sixth-longest streak in NFL history.

This entry was posted in News, NFL and tagged detroit-lions, matthew-stafford. Bookmark the permalink.