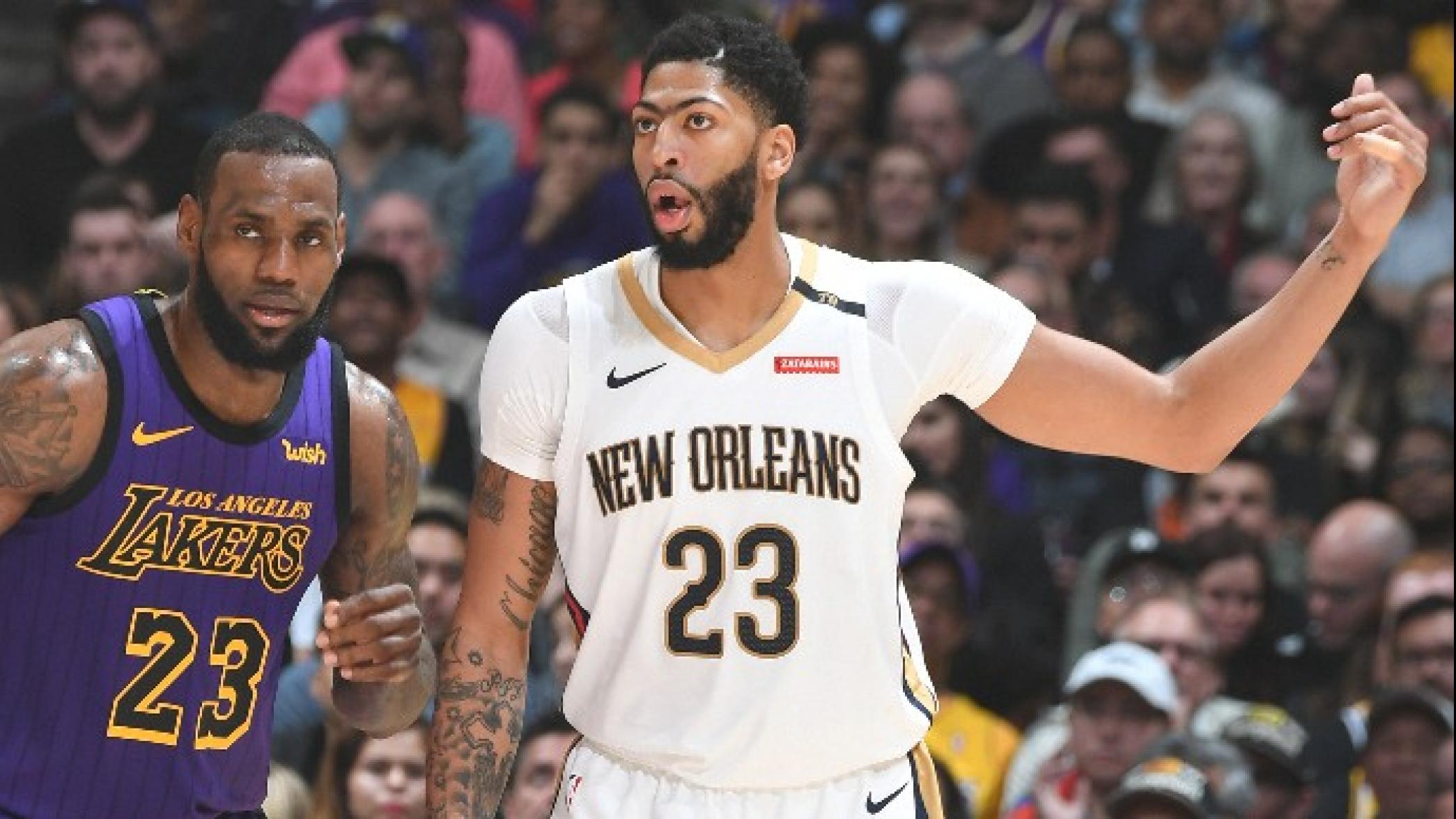 The Pelicans will send Anthony Davis to the Lakers after all. ESPN’s Adrian Wojnarowski was first to report that New Orleans will send the 26-year-old superstar to Los Angeles in exchange for Lonzo Ball, Brandon Ingram, Josh Hart and three first-round picks, including the fourth overall pick in next week’s Draft.

The Pelicans have agreed to a deal to trade Anthony Davis to the Lakers for Lonzo Ball, Brandon Ingram, Josh Hart, and three first-round picks – including the No. 4 overall in 2019 Draft, league sources tell ESPN.

Davis reportedly wanted to wind up with the Lakers ever since word leaked of his desire to leave New Orleans, the team that drafted him No. 1 overall in 2012. The six-time All-Star shares the same agent as LeBron James, who joined the Lakers via free agency in 2018. Wojnarowski adds that Davis plans to sign a new contract with the Lakers in 2020.

After playing All-NBA-quality basketball for the three months of last season, Davis made it clear to Pelicans management in January that he preferred to play elsewhere. He sat out for over two weeks before returning on a limited basis, averaging just 22 minutes before ultimately sitting out the final seven games of the season.

Marc Stein of The New York Times additionally reports that the Lakers, who will still boast ample cap space after this trade, will now set their sights on signing unrestricted free agent Kemba Walker. The Hornets point guard is coming off his third consecutive All-Star season and first All-NBA (Third Team) campaign. The 29-year-old, who averaged a career-high 25.6 points in 2018-19, has played his entire eight-year career in Charlotte.

Kemba Walker will be a top target in free agency for the Lakers after they reached an agreement in principle to trade for Anthony Davis, according to league sources

The Pelicans will now shift to a new era, one that begins with the No. 1 pick in the 2019 NBA Draft. New Orleans is widely expected to select Duke standout Zion Williamson, who averaged 22.6 points, 8.9 rebounds, 2.1 steals and 1.8 blocks in his lone season with the Blue Devils. He would join a core that now includes two of the Lakers’ previous three No. 2 overall picks in Ball and Ingram, as well as veteran guard Jrue Holiday.

The Lakers, meanwhile, managed to complete the deal for Davis without including Kyle Kuzma. The 23-year-old forward, who was taken 27th overall in the 2017 Draft, is coming off a sophomore season in which he averaged 18.7 points on 45.6 percent shooting. He would remain to complete a frontcourt headlined by James and Davis.

Assuming the trade is consummated — which can happen no sooner than July 1 — its ripple effect will be felt throughout what is assumed to be an active offseason. Boston had long been reported as keen on acquiring Davis. Now that he is no longer available, the Celtics’ attention shifts to pending free agent and All-Star point guard Kyrie Irving. Without the prospect of Davis joining the team, Irving will have to decide whether the Celtics’ current situation is preferable to other teams that will vie for his services.

The Draft could also see significant upheaval. The Pelicans become the first team to hold two of the top four picks since Cleveland in 2011. Wojnarowski reports that New Orleans is already receiving interest from teams eager to acquire the fourth overall pick, an avenue by which the Pelicans could further improve their immediate and long-term future.

Teams are already expressing significant interest in the No. 4 overall pick belonging now to the Pelicans, league sources tell ESPN. Talks are expected to continue over the next few days. This deal could get even bigger for the Pelicans.