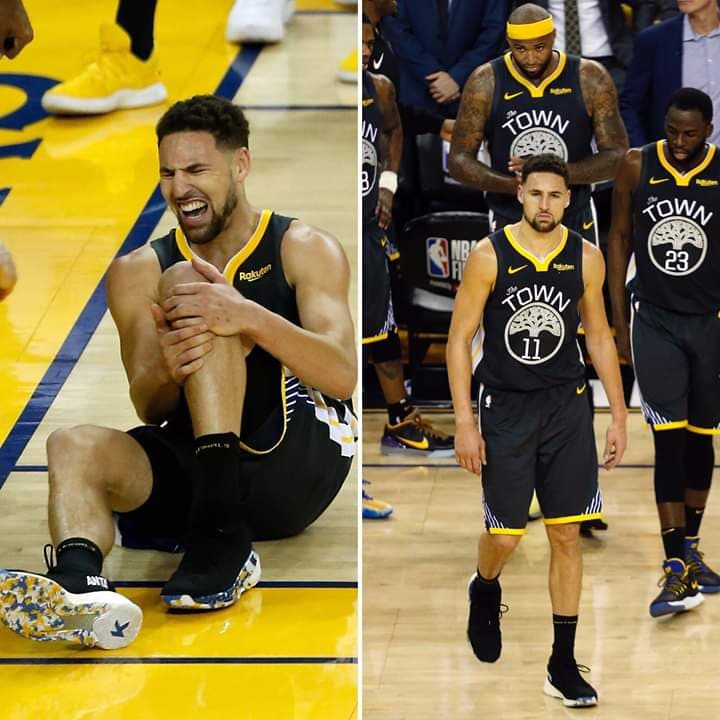 Golden State Warriors guard Klay Thompson was helped off the court after landing awkwardly while being fouled by Toronto’s Danny Green on a breakaway dunk attempt late in the third quarter of Game 6.

Thompson writhed on the court in obvious pain, holding and flexing his left knee as he received attention from Golden State’s medical staff.

Thompson returned briefly to shoot a pair of free throws, giving the Warriors an 85-80 lead over the Raptors with 2:22 left in the third, before limping back off the court. Thompson was then shown jogging in the hallways of Oracle Arena as he entered the Warriors’ dressing room.

Thompson made both free throw attempts, pushing his point total to 30 on just 12 shot attempts.

More information will be provided on Thompson’s status as available.