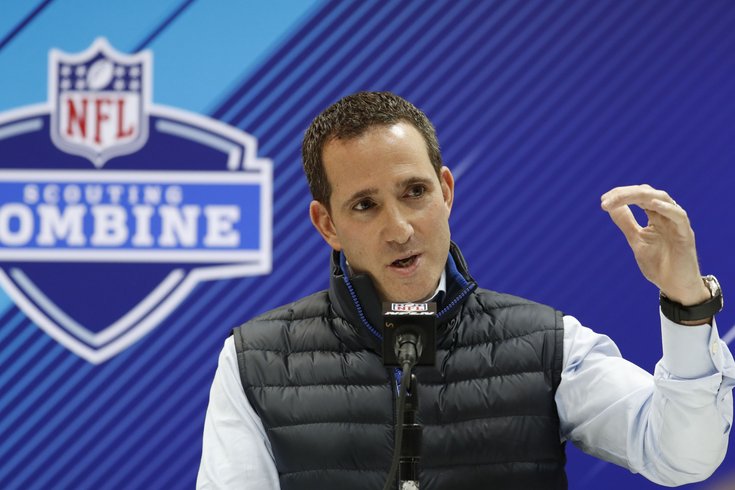 Philadelphia’s longtime exec has been in a de facto role for the past four seasons after being promoted to executive vice president of football operations in 2015. The Eagles on Thursday announced Roseman — their GM from 2010-2014 — will add general manager to his official title once more as part of several promotions within the front office.

With Joe Douglas leaving Philadelphia to become the GM of the Jets, Andy Weidl move up from the director of player personnel to vice president of player personnel. NFL Network’s Tom Pelissero reported Wiedl was a primary target for Douglas but remained under contract with the Eagles. Now he’s Roseman’s, right-hand man.

We’re excited about Andy.” Roseman is entering his 20th season with the Eagles, working his way up from salary-cap consultant to architect of their 2017 title team. With great success comes great personnel changes, as Philadelphia has seen with its coaching staff and front office in the wake of winning a Super Bowl. The team said in a statement that Roseman’s role and responsibilities won’t change. But he made several of them among the many who work for him.

“Our goal is to win with consistency and constantly compete for championships. When that happens you lose good people,” Roseman said. “Joe Douglas did such an outstanding job for us and has such an outstanding reputation around the league that we knew we had to be prepared and we knew that we had to have a succession plan. …

“We want everyone here to see that there’s room for growth, that there is room for continued titles and promotions based on us winning and good things happening for the organization. We want the people in this organization to know that they have opportunities to grow within the areas of their expertise and expand their repertoire of knowledge while helping us win football games.”

This entry was posted in News, NFL and tagged howie-roseman, philadelphia-eagles. Bookmark the permalink.