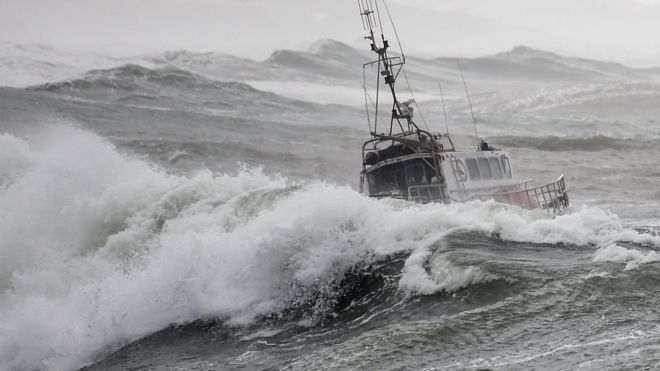 A rescue boat has overturned in the Atlantic off the west coast of France leaving three crew dead, amid winds of up to 129 km/h (80 mph).

They were part of a crew of seven who had gone to the aid of another boat which had got into difficulty as Storm Miguel struck the area.

Winds of up to 147km/h hit northern Spain earlier, swirling around the Bay of Biscay and moving on to France.

The storm is unusual, coming at the start of the summer tourist season.

Photographs of the National Society of Sea Rescue rescue boat captured it rolling in large swells in the moments before it capsized, after which the vessel ran ashore upside down.

Four of the seven crew aboard the rescue boat managed to swim to shore. Three helicopters and around 60 firefighters were attempting to find the bodies of the three dead. 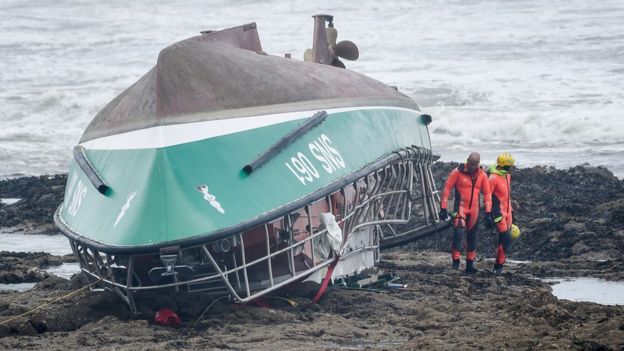 The National Society of Sea Rescue boat after it capsized

The strongest winds were recorded in the north-western Spanish region of Asturias late on Thursday while earlier there was damage to some buildings in Galicia.

As the storm hit land on the Ile d’Yeu in western France on Friday, forecasters recorded wind speeds of 129km/h. Down the coast of the Vendée area, off the beach resort of Les Sables-d’Olonne, a crew from the SNSM sea rescue service went to the aid of a fishing boat in trouble and capsized some 800m offshore.

“The sea was quite atrocious,” mayor Yannick Moreau told news channel BFMTV. “The boat had a crew of seven and three rescuers has died. It’s a big shock for us and a big shock for the whole town.

” Ten French departments were placed on orange alert and warned of potential damage, particularly to trees. Rail travel in the west was disrupted by the storm and forecasters said such images were rare in June.

Ten French departments were on alert for the storm

Alerts were also in place further north, with warnings of heavy rain and wind speeds of up to 100 km/h in the western half of the Netherlands. High winds had already ravaged the Dutch coast in the early hours of Thursday, leading police in the coastal province of Zeeland to stumble on a cocaine laboratory.

When they were alerted to a tree that had fallen during the night, they saw some suspicious men loitering around a barn and noticed a strange smell. Police said the cocaine lab was one of the biggest ever discovered in the Netherlands. 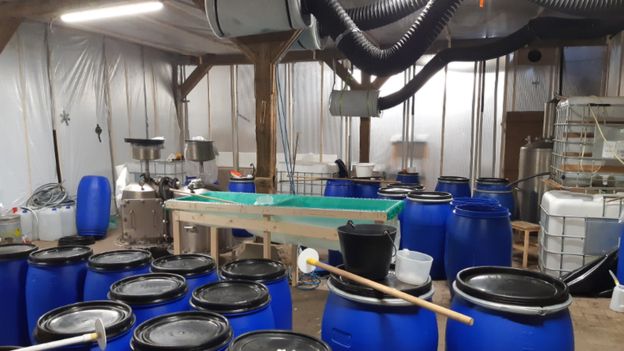 This entry was posted in News and tagged france, miguel, spain, storm. Bookmark the permalink.