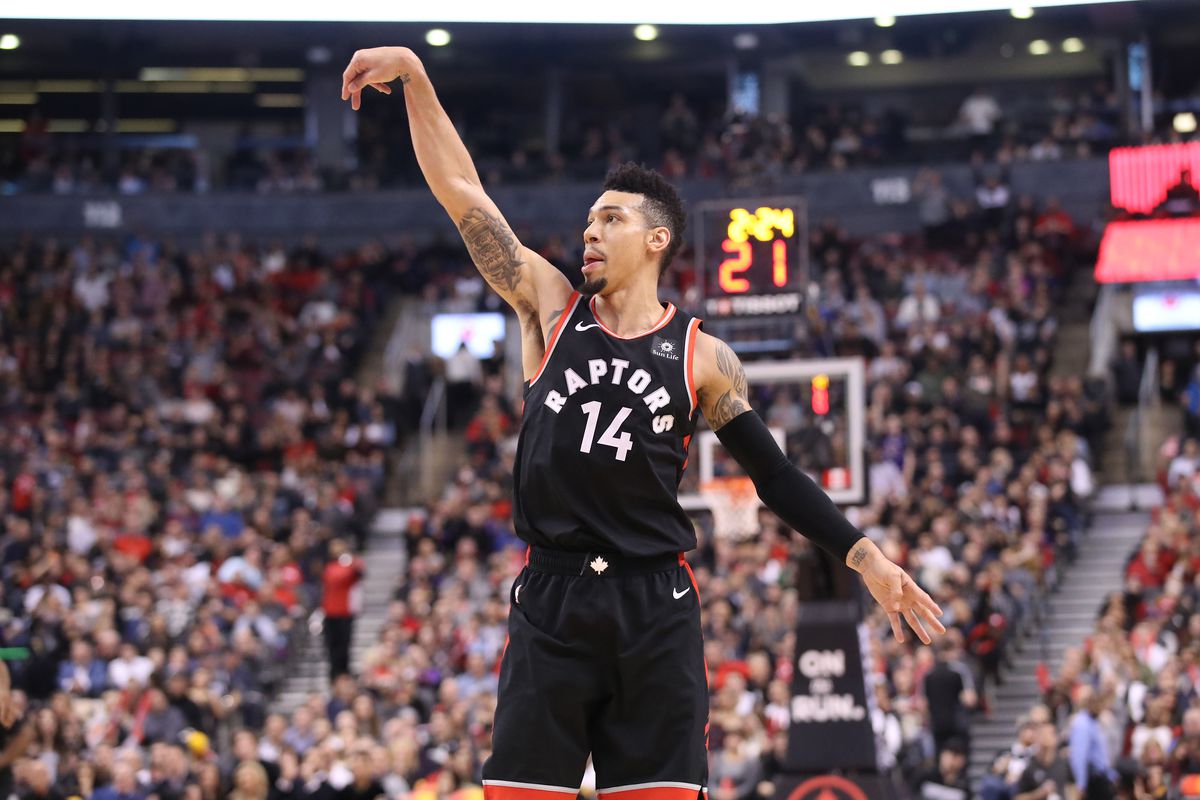 Early in Game 3 of the NBA Finals, the Golden State Warriors forgot about Danny Green. The man who finished second in the league in 3-point percentage during the regular season stood uncovered in the left corner, and Toronto Raptors guard Kyle Lowry turned down a good shot for Green’s great one. It feels weird to nitpick Stephen Curry’s 47-point performance, but there was no way he should have been closer to the paint than to his man. Green swished it, and, a few minutes later, did the same from the opposite corner on a fast break. In the closing moments of the quarter, he was back in the left corner, a little off-balance after a pump fake, and he knocked it down as if it were another easy one.

Those 3s helped set the tone for one of the Raptors’ best offensive performances of the playoffs. “Danny’s buckets I think boosted our whole team’s confidence because we’re kind of used to most of the year relying on those,” coach Nick Nurse said. More important, though, were the three 3s he made in the third quarter. In less than two minutes, Green doubled Toronto’s eight-point lead, keeping the Warriors at arm’s length.

Green finished with 18 points on 6-for-10 shooting, all from 3-point range, plus five rebounds and one of his signature chase-down blocks. The Raptors won 123-109, taking a 2-1 lead in the series, largely because they scored 36 points apiece in the first and third quarters on the strength of Green’s shooting.It is easy to describe Green as a bellwether for Toronto. He does not often create his own shot, and he thrives in transition, so the quality of his looks are usually a reflection of the overall health of the offense. In these playoffs, though, he has sometimes struggled even when his looks have been clean. In the conference finals, he shot 4-for-23 (15.3 percent) from 3-point range and went scoreless in the final two games, with Nurse cutting his minutes significantly. The slump appears to have ended when that series did — he is now 11-for-22 from deep in the Finals — and his outburst on Wednesday indeed pointed to a team-wide sense of purpose.

“I was comfortable,” Green said. “We had a good rhythm. We had a good flow. We had a good couple stops to where we can run and get our transition [opportunities], where we get some good, uncontested looks. I had a few good looks and they fell for me.”

Green’s success cannot be separated from the aggressiveness of Lowry, who ran the show for the Raptors with the perfect combination of aggressiveness and smarts. Lowry’s success, in turn, cannot be separated from the absence of Klay Thompson, as the Warriors could not match up defensively the way coach Steve Kerr would have preferred. There was pressure on Toronto to take advantage of that, though, especially after it let Game 2 slip away. Green, a veteran who has delivered on this stage before, was unfazed.

In a way, it is stunning that the Raptors have gotten this far despite their inconsistency on offense. If Green’s poor shooting was a subplot of their series against the Milwaukee Bucks, their difficulty finding offensive balance has been a major storyline throughout their Finals run. As brilliant as Kawhi Leonard has been with the ball in his hands, Toronto’s superb defense has often had to make up for offensive stagnation and passivity. Fortunately, the superstar knows the value of guys like Green keeping opponents honest. All five starters scored at least 17 points in Game 3, and Fred VanVleet and Serge Ibaka made crucial contributions off the bench.

“Once I’m driving in the paint, kicking it out to guys, they’re making shots, the defense doesn’t want to collapse as easy,” Leonard said. “We just gotta keep playing in the flow, really. I feel like we don’t need to worry about me scoring the basketball. We all can score with the offense that we have. We just gotta keep moving it. At times when I do have the ball, the offense gets real stagnant and we just stay in one spot and that’s so easy to guard if you’re defending us. So it’s about just moving the ball, playing the team sport and trusting everyone.”

When Green was misfiring against Milwaukee, the Raptors trusted that he would get back on track. Now they need him to keep it up. Thompson and Kevin Durant could be back for the Warriors soon, at which point Toronto will need to play its best basketball of the season. For that to happen, Green will have to keep following the advice that was written on the Raptors’ whiteboard on Wednesday: Let it rip.

This entry was posted in Basketball News & Updates and tagged danny-green, toronto-raptors. Bookmark the permalink.