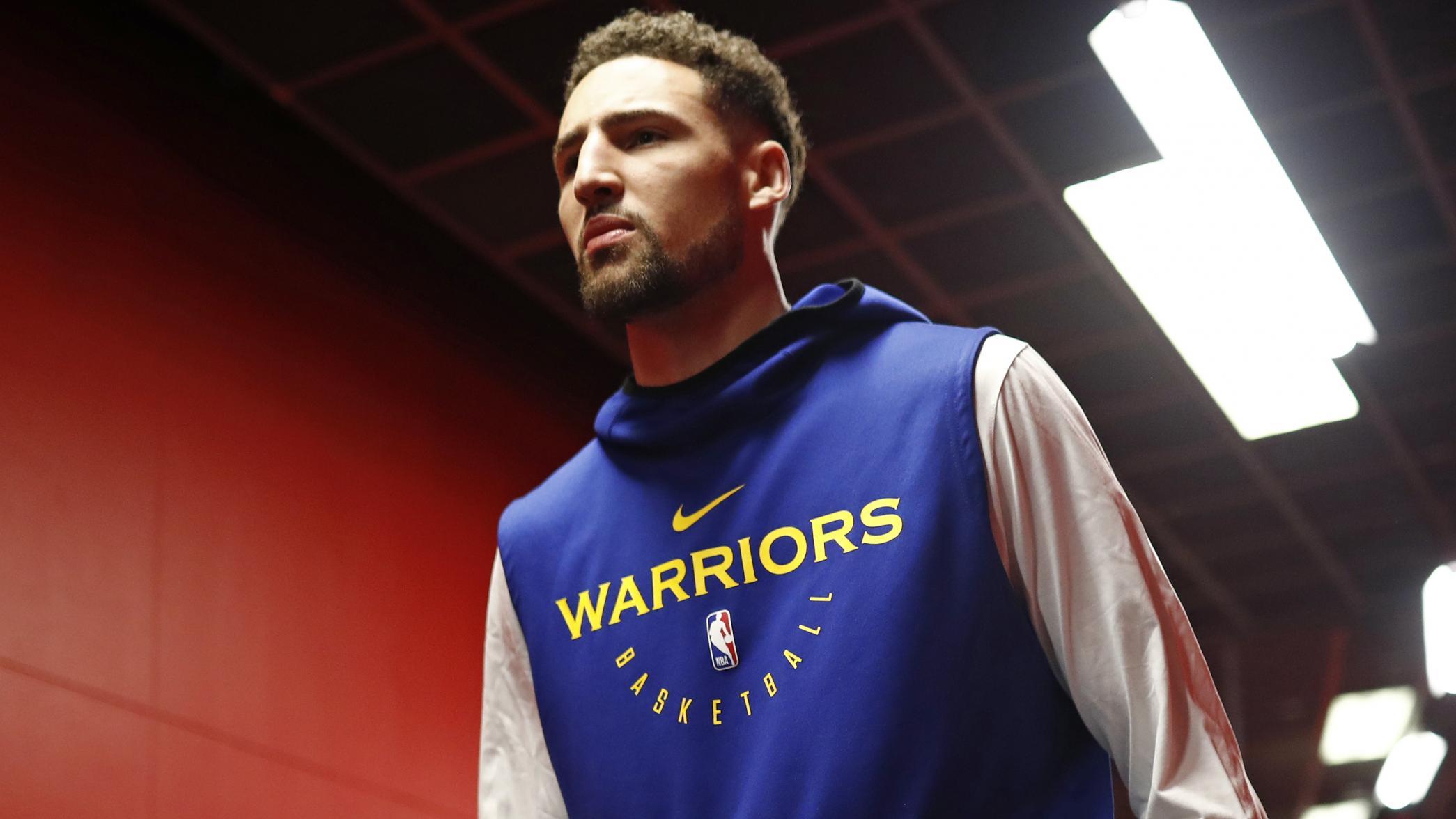 An MRI on Monday revealed that Klay Thompson has a mild hamstring strain.

Golden State Warriors guard Klay Thompson has a mild strain in his left hamstring that forced him out of Game 2 of The Finals and he is listed as questionable for Game 3 against the Toronto Raptors on Wednesday night (9 ET, ABC).

Per the Warriors, Thompson had an MRI in Oakland , which revealed “left hamstring tightness.” Aside from Thompson’s injury, backup forward/center Kevon Looney suffered a non-displaced cartilage fracture on the right side of his rib cage and is out indefinitely. His absence damages the Warriors’ frontcourt rotation and likely means veteran center Andrew Bogut will play more in The Finals as the new No. 1 backup to Game 2’s starting center, DeMarcus Cousins.

“Klay said he’ll be fine, but Klay could be half dead and he would say he would be fine. We’ll see,” coach Steve Kerr said after Game 2. “He pulled his hamstring. He thinks it is minor, so I don’t know what that means going forward.”

Thompson, averaging 19.5 points this postseason and 23 in the two finals games, left at the 7:59 mark of the fourth quarter in Sunday night’s 109-104 victory that evened the best-of-seven finals at one game apiece.

He hobbled around afterward with an ice bag on the leg. Looney missed the second half of Game 2, finishing with a rebound, a turnover and three fouls in 10 minutes on Sunday night. He was averaging 7.2 points and 4.6 rebounds during the playoffs.

Star forward Kevin Durant has missed the last seven playoff games and was yet to take part in a formal practice, something he needs to do before returning from a strained right calf. Last week, a report from Yahoo Sports said Durant was expected to play midway through The Finals — likely in Game 3 or Game 4.

The Warriors are scheduled to practice Tuesday at Oracle Arena, so that could be Durant’s opportunity to test the leg. The two-time reigning NBA Finals MVP was averaging 34.2 points this postseason before the injury May 8 in Game 5 of the Western Conference semifinals against Houston.

He traveled to Toronto for the first two games of the series but didn’t play. Full-court scrimmaging is a step the Warriors medical staff and Kerr want to see before he is cleared for game action.

Cousins, injured in Game 2 of the first round against the Clippers in just his second career playoff game, started Game 2 of the finals after coming off the bench in the series opener. He was a key to the Warriors’ victory Sunday, finishing with 11 points, 10 rebounds, six assists and two blocked shots in 28 minutes while playing in foul trouble.

Guard Quinn Cook provided key minutes down the stretch and scored nine points all on 3s – two in the fourth quarter – in 21 minutes.

“Next-man-up mentality. Guys rest, guys get hurt, but everybody has confidence in each other,” Cook said. “It’s good to see the ball go in. Obviously, at this stage, every possession means so much.” Information from The Associated Press was used in this report.