Warriors vs. Raptors NBA Finals Game 2 Golden State rally in second half to even up series

Golden State has evened up the NBA Finals on Sunday night 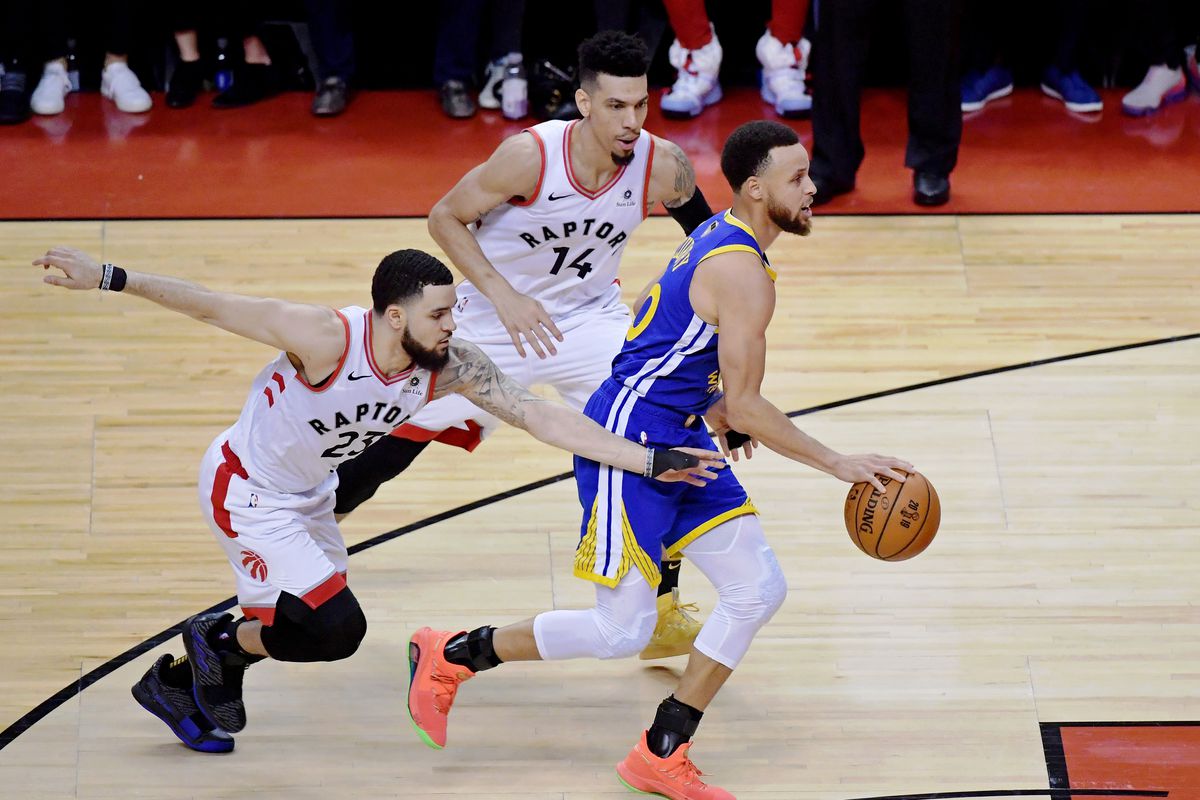 The Golden State Warriors have tied the 2019 NBA Finals at 1-all, thanks to a 109-104 win over the Toronto Raptors in Game 2 on Sunday night. Despite Steph Curry dealing with an illness, and both Klay Thompson and Kevon Looney leaving the game due to injury, the Warriors showed their championship experience to hold on for the thrilling win.

The Warriors tried something different this time around by giving DeMarcus Cousins the start. Unfortunately, he picked up two quick fouls in the first four minutes. What was the same from Game 1, though, was some ugly basketball early on. The first few minutes were frantic and disjointed, and neither team was having much success on the offensive end until midway through the quarter, the Raptors got out on the break and Pascal Siakam threw down an incredible alley-oop to put his squad up by six. But the Warriors responded with a 10-0 to temporarily take the lead back. At the end of the first, the Raptors held a narrow 27-26 lead.

In the second quarter, the Raptors seized control of the game. Their defense locked down the Warriors, holding them to just four points over the first five minutes. Meanwhile, Fred VanVleet continued his strong recent form with some big plays on both ends of the floor, including stealing the ball from Steph Curry and laying it up on the other end to put the Raptors up by 11 with just two minutes to play in the half. Curry, who is possibly dealing with some sort of an illness, led a nice stretch for the Warriors to close the half, however, cutting the deficit to just five points.

Using some elite defense and clinical offense, the Warriors simply overwhelmed the Raptors to start the third quarter, as the home team seemed a step slow on both ends of the floor. At multiple points, the Warriors’ lead reached as much as 13 points, which seemed to shock both the Raptors and their crowd. Late in the frame, however, the Raptors were able to get to the line a number of times, which helped stop the bleeding. Still, it was another excellent third quarter from the Warriors, who took an 88-80 lead into the fourth.

Early in the fourth, the Raptors made a little run to get back into the game, cutting the deficit to four points after a runner by Danny Green. The Warriors were ready with an answer, though, and it came from a surprise contributor. Quinn Cook stepped up and drilled two straight 3s to push their advantage back to double digits. But despite a three minute period down the stretch where neither team scored, the Raptors got to within two points in the final seconds. Andre Iguodala, however, stepped up to drain a clutch 3-pointer to seal the victory.

Kawhi Leonard put up 34 points and 14 rebounds in another impressive performance to lead the Raptors, and Fred VanVleet continued his strong play with 17 points off the bench, but it wasn’t enough. Steph Curry and Klay Thompson combined for 48 points, while Draymond Green nearly recorded a triple-double with 17 points, 10 rebounds and nine assists. Meanwhile, DeMarcus Cousins chipped in 11 points, 10 rebounds and six assists.