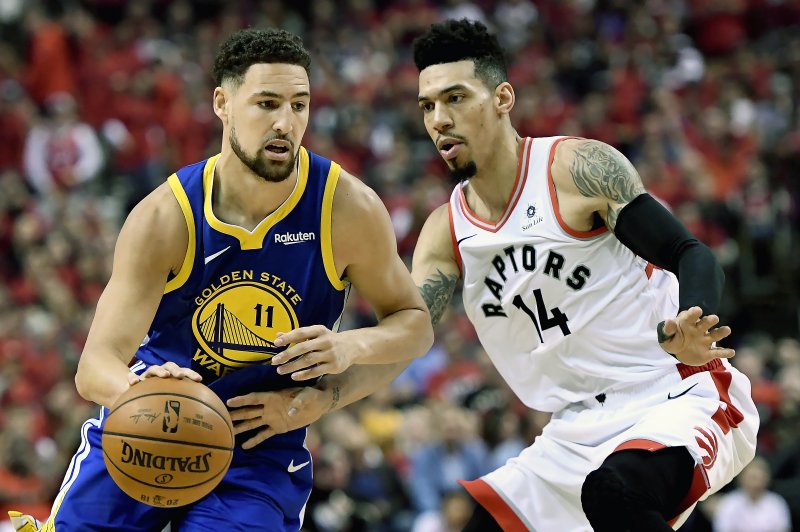 Klay Thompson limped to the Golden State locker room in the fourth quarter of Sunday’s NBA Finals Game 2 with an apparent leg injury.

The Warriors guard tried to get teammates to take a foul at the Toronto end in order to stop the game to allow time for a sub. He was later ruled out for the remainder of the game with left hamstring tightness.

No foul was committed, and Serge Ibaka made an open 3-pointer —the Raptors essentially had a 5-on-4 advantage— to get Toronto within seven. Postgame, Warriors coach Steve Kerr addressed the injury, though Thompson’s status remains uncertain. “Klay said he’ll be fine, but Klay could be half-dead and he’d say he’s fine,” Kerr said.

“We’ll see. He pulled his hamstring. He thinks it’s minor, but I don’t know what that means. Sorry. That’s all I got.”

Information from the Associated Press was used in this report.

This entry was posted in Basketball News & Updates, News and tagged golden-state-warriors, klay-thompson. Bookmark the permalink.