The Latest: Barack Obama in Toronto for Game 2 of NBA Finals 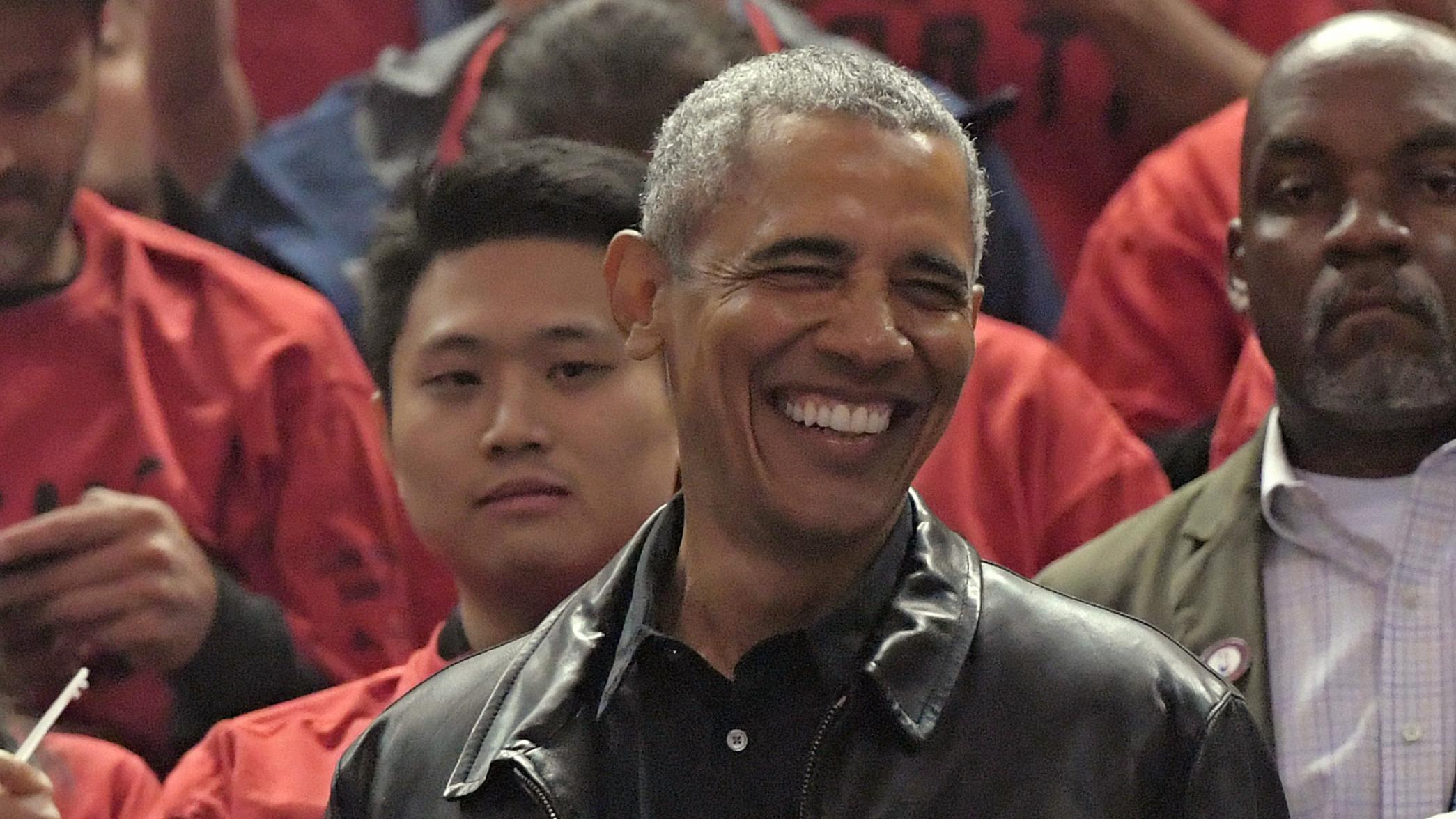 TORONTO (AP) — The 44th President of the United States —and noted basketball fan— has arrived for Game 2 of the NBA Finals.

Barack Obama walked through a back hallway of the Scotiabank Arena about a half-hour before tip-off of the second game in the title series between the Toronto Raptors and Golden State Warriors.

Golden State coach Steve Kerr, who wore a T-shirt before the game with a message to encouraging voting, says he wasn’t aware of Obama’s attendance until shortly before he arrived.

The coach says Obama’s presence made him think of the Warriors’ first time visiting the White House after their championship in 2015. Kerr says, “that was quite a thrill to visit there and have the whole team there. It’s a treat to experience that.”