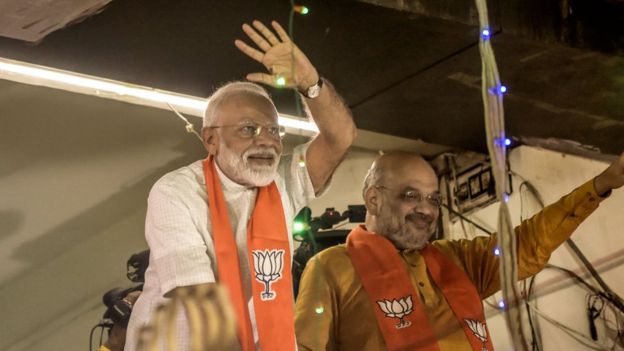 India’s economy has grown at its slowest pace in almost five years, according to the latest data released by the government.

The new numbers are a cause of concern for PM Narendra Modi, who started his second term on Thursday, writes the BBC’s Sameer Hashmi.

In the past financial year – April 2018 to March 2019 – the economy grew by 6.8%. And in the quarter between January and March, it expanded by just 5.8% – falling behind China’s pace for the first time in nearly two years.

This means India is no longer the world’s fastest-growing economy. And it will be a challenge for the new finance minister, Nirmala Sitharaman, only the second woman to hold the post after former PM Indira Gandhi.

Ms Sitharaman has headed important ministries like commerce and defence during Mr Modi’s first term. But she takes charge at a time when the economy is faltering.

Where are the jobs?

The immediate concern will be to help restore confidence in the economy. 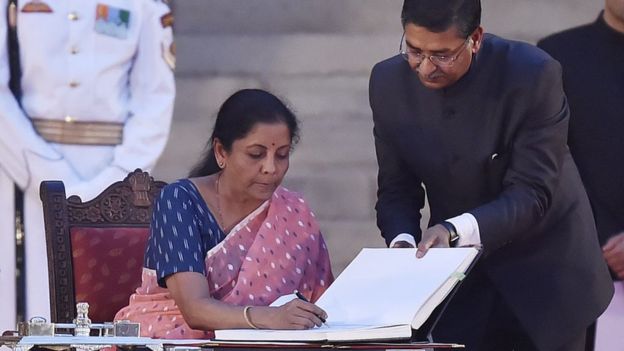 Finance Minister Nirmala Sitharaman was sworn in on Thursday

One of the pressing challenges is job creation. The biggest criticism of Mr Modi during his first term was his government’s failure to generate employment. According to a government report, unemployment touched a 45-year high between 2017 and 2018.

Mr Joshi believes the government should focus on labour-intensive sectors like construction and textiles to create more immediate jobs, but also give importance to industries like healthcare to generate employment in the long run.

“The government wants to scale-up its healthcare and welfare schemes, and apart from doctors and surgeons, you also need paramedics and nurses,” he says.

Weak exports have also been a stumbling block when it comes to creating jobs. The government is expected to prioritise policies that will make small- and medium-sized businesses more competitive.

The new GDP data make it clear that India is staring at an economic slowdown. Unlike China, India’s economic growth has been driven by domestic consumption over the past 15 years.

But data released over the past few months suggest that consumer spending is slowing. Sales of cars and SUVs have slumped to a seven-year low. Tractor, motorbike and scooter sales are down. Demand for bank credit has sputtered.

Hindustan Unilever – India’s leading maker of fast-moving consumer goods – has reported slower revenue growth in the past quarter. All of these are important benchmarks for measuring consumer appetite. 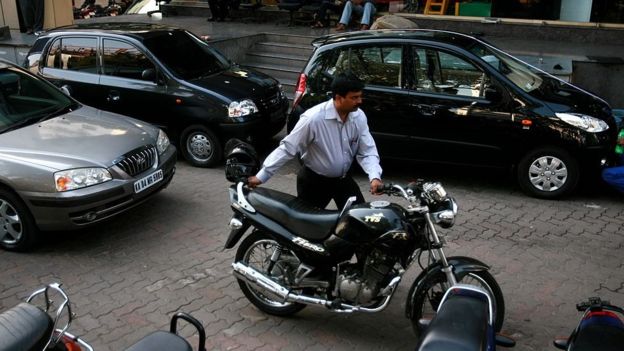 Mr Modi’s Bharatiya Janata Party (BJP) promised that it would cut income tax to ensure greater purchasing power. Gaurang Shetty, vice-president of a brokerage firm, believes that the government should also consider slashing personal and corporate taxes in the next budget, which will be announced in July.

“It will act as a stimulus for the economy,” he says. But India’s 3.4% budget deficit – the gap between government expenditure and revenue – might restrict Mr Modi’s options. Experts say that the widening fiscal deficit could hold back medium- and long-term growth.

This was a constant challenge for Mr Modi in his first term. Farmers across the country regularly protest, demanding higher crop prices and loan waivers. The BJP has promised to extend a scheme that offers income support for small- and medium-sized farmers to include all farmers.

“Income support is a stop-gap arrangement but it is not a long-term solution,” says Mr Joshi, adding that the agrarian sector is in need of structural changes. Currently, farmers sell their produce to state-owned agencies at a fixed price. Mr Joshi says he would like to see farmers given direct access to markets and sellers. 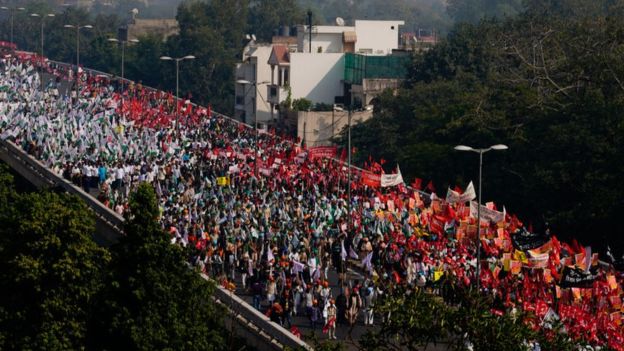 Fixing the country’s agriculture sector has been a long-standing demand. More than half of India’s population relies on farming, which makes farmers an important voting bloc.

But experts hope that the BJP’s thumping majority – the party’s coalition won 354 of the 545 lower house seats – will allow it to enact reforms to transform agriculture into a modern industry.

The push for privatisation One of the BJP’s biggest pledges was to spend $1.44tn (£1.14tn) to build roads, railways and other infrastructure. But many observers say that the gargantuan sum will come from private industry.

“The Indian stock markets have been euphoric and the rally is likely to continue for a while. It’s the ideal time to sell stakes in loss-making companies,” he says.

As unemployment climbs in India, job creation is top of the agenda

Private investment has been lagging for the past few years, and India’s impressive economic growth in the past decade has largely been driven by government expenditure.

But experts say more needs to be done to attract private and foreign investment – and they say that it has to happen quickly.

“The first two years is the time to bite the bullet. The results will take time to show but it would make a huge difference to India’s overall growth story, ” Mr Joshi says.

This entry was posted in News and tagged india, india-election-2019, norendra-modi. Bookmark the permalink.