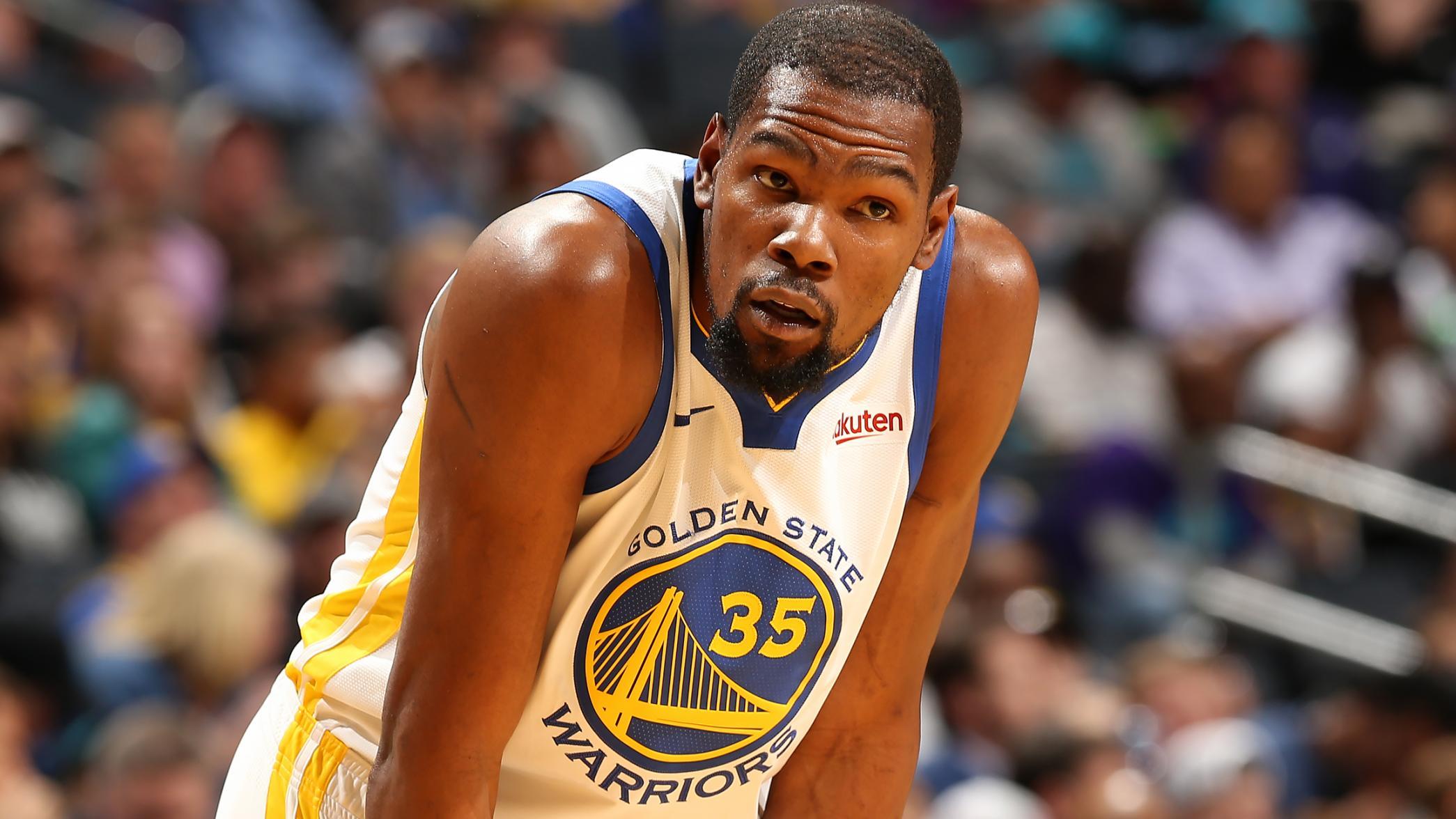 Kevin Durant has reportedly gone through three or four days of on-court work.

The Golden State Warriors lost in Game 1 of The Finals last night, but reportedly have some good news to look forward to this morning.

Forward Kevin Durant, who has been out of the Warriors’ lineup since May 8 with a right calf strain, is expected to return to the mix midway through The Finals per Chris Haynes of Yahoo Sports. When, exactly, Durant will return is unknown, but Haynes reports there is some optimism within the organization that he could play in Game 3. However, the stronger possibility — per Haynes — is that Game 4 of the series is the most logical option as to when Durant would return.

Games 3 and 4 of The Finals will be in Oakland, with Game 3 on June 5 (9 ET, ABC) and Game 4 on June 7 (9 ET, ABC). Durant has about three or four days of on-court work under his belt, Haynes reports, and his teammates have been encouraged by his progress.

Additionally, the franchise does not foresee a scenario in which Durant would be completely unable to play in The Finals, Haynes reports.

Connor LeTourneau of the San Francisco Chronicle reported Friday morning that the Warriors are optimistic about Durant’s return, but have “no idea” when he’ll actually suit up. However, Warriors coach Steve Kerr confirmed at Friday’s media availability that Durant is definitely out for Game 2 of the series.

“Kevin is not going to play Sunday,” Kerr said. “He’s not practicing today. We’ll have a practice tomorrow and he’s still progressing. But it’s near impossible for him to play on Sunday.”

When asked about Durant playing sooner than expected, Kerr reiterated that the Warriors will not put Durant back into the lineup until he’s fully healthy.

“The thinking is when he’s ready to play, he’ll play. It’s not like this is a sore ankle or his knee is sore and you can play through it.

This is a tricky one,” Kerr said. “If you re-injure the calf that that’s it, he’s done for the series. When he’s ready to play he’ll play, that’s our approach. 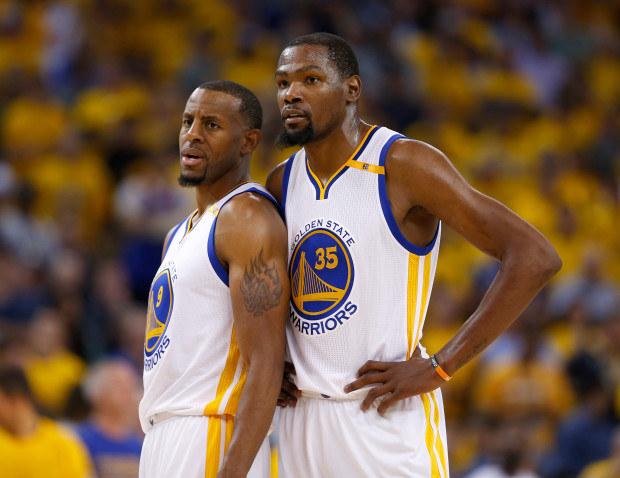 How will injuries affect the Warriors in their quest for a three-peat?

Before Game 1, Warriors coach Steve Kerr said Thursday that Durant was a “long shot” to play in Sunday’s Game 2 (8 ET, ABC). Kerr wants Durant to complete a full practice on either Friday or Saturday before allowing him to play, which, at this point, seems like a difficult proposition to Kerr.

The Warriors’ depth was tested in Game 1 and star guard Stephen Curry knows he and his teammates must not use Durant’s absence as an excuse in The Finals.

“KD’s an all-time great player on both ends of the floor, so I could sit here and talk for days about what he adds to our roster,” Curry said after Game 1. “We obviously have proven that when he’s out, we can have guys step up and that’s going to be the case until he gets back.” 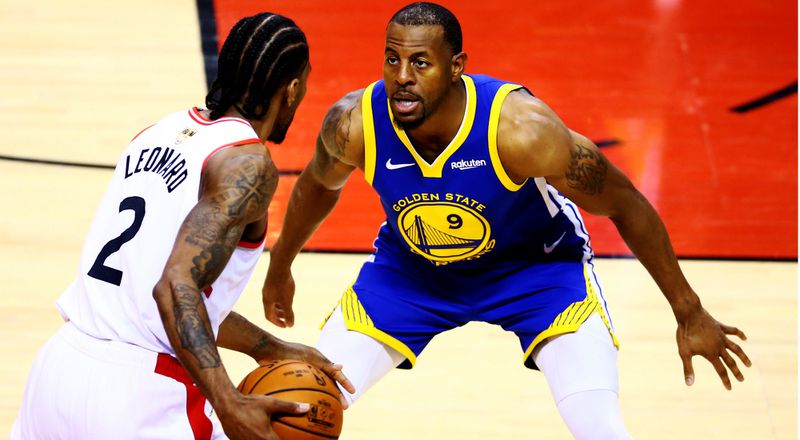 What went wrong for the Warriors in Game 1 of The Finals?

Forward Andre Iguodala started in Durant’s place in Game 1 of The Finals, finishing with six points on 3-for-7 shooting as well as six rebounds, seven assists, two turnovers and a blocked shot. He appeared to hobble off the court in the final two minutes of Game 1, but did not sound worried about his injury on Thursday night.

Kerr said Friday that he spoke with Iguodala, who had an MRI on his left leg, and neither he nor his veteran forward was fretting the injury. Per the Warriors, Iguodala’s MRI came back clean and he is expected to play in Game 2.

Kerr said Andre Iguodala had an MRI on his left leg this morning. He hasn’t gotten the results back yet but he believes Iguodala will be fine and ready for Game 2.

“I’ll be all right. Just bumps and bruises of the game,” Iguodala told reporters after Game 1, per The Mercury News. “You can paint it as an excuse, but you have to keep going.” With Game 3 in Oakland next week, Golden State will have a travel day (Monday) and a practice day (Tuesday) that could help in Durant’s recovery timeline.

Durant flew with the team to Toronto to continue his rehab work while also being around for team activities and meetings. “It’s good to have Kevin here. Obviously he’s a huge part of our team and the guys are all pulling for him,” Kerr said Thursday.

“It’s such a privilege to be here and play in the NBA Finals for all of these guys. You grow up dreaming about this that you hate that anybody is injured. You want everybody to be healthy and have a lot more opportunity.

More than anything, we want Kevin to be healthy, be back and enjoy at least part of the series. He’s pretty good. It wouldn’t hurt to have him back.” Durant, the two-time reigning Finals MVP, has missed the past six games since getting hurt in Game 5 of the Western Conference semifinals against Houston.

An impending free agent this summer, he was hurt May 8 when he landed awkwardly on his right foot following a baseline jumper late in the third quarter of a 104-99 victory over the Rockets at Oracle Arena. Durant is averaging 34.2 points per game this postseason.