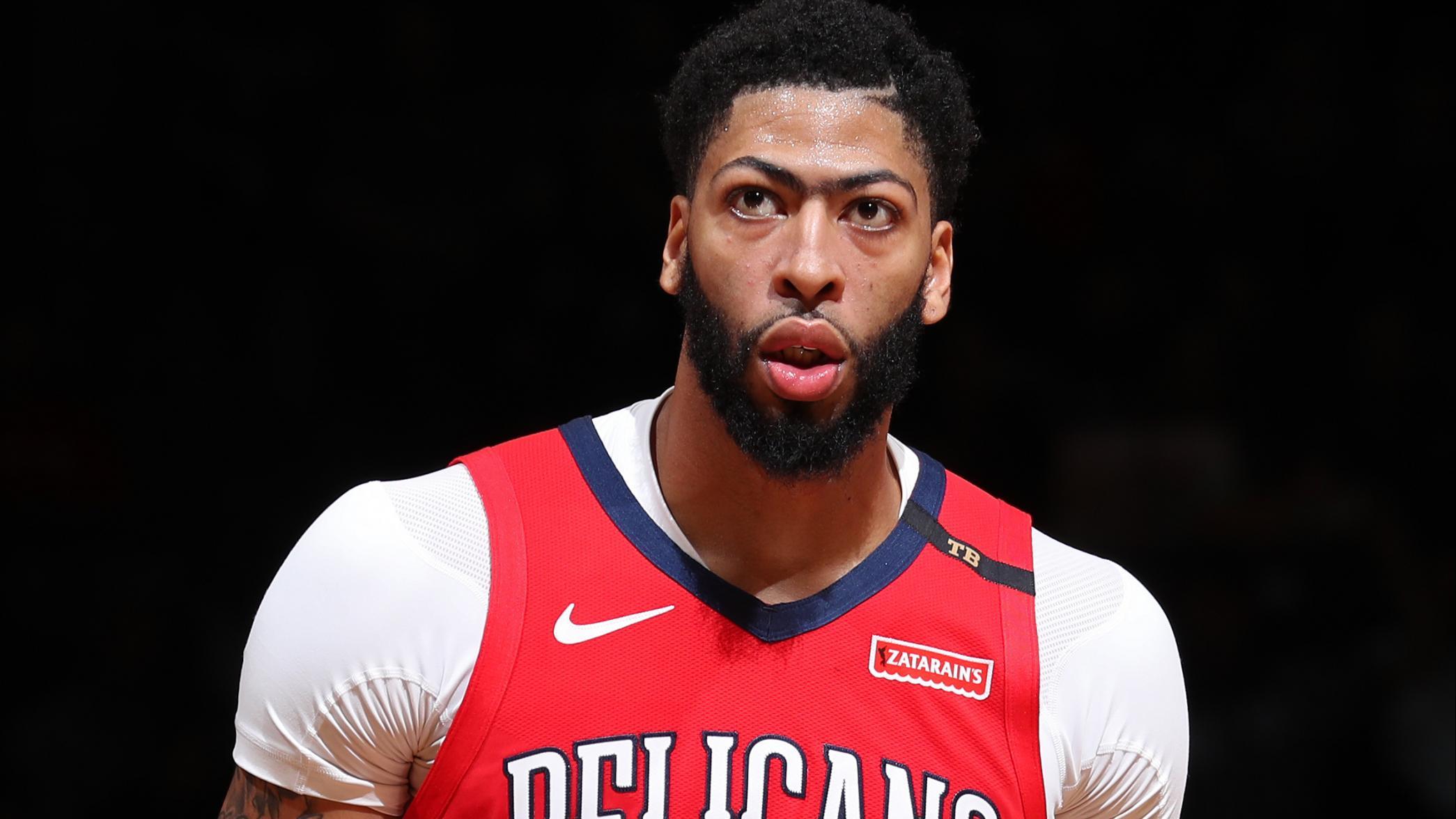 New Orleans Pelicans vice president of basketball operations David Griffin reportedly met with Anthony Davis this morning in Los Angeles to have a long-awaited discussion about Davis’ future with the Pelicans, according to Shams Charania of The Athletic and Adrian Wojnarowski of ESPN.

The two are expected to continue their dialogue this summer, according to Wojnarowski.

New Orleans star Anthony Davis and Pels EVP David Griffin met this morning in Los Angeles and are expected to continue a dialogue moving forward, league sources tell ESPN. Griffin is making his case to AD on a future with the Pelicans. Davis can be a free agent next summer.

Charania reports that it was a “respectful, productive” conversation, but it remains “highly unlikely” Davis changes his mind about wanting to be traded.

Roughly a week ago, Griffin reiterated his belief that he can convince Davis to stay put. Those comments came during a conference call to introduce newly hired GM Trajan Langdon, at which time Griffin also said he planned to talk with Davis and his agent, Rich Paul, in Los Angeles at some point soon.

Davis, 26, initially asked to be traded in late January, midway through his seventh season with the Pelicans. He holds a player option that will allow him to reach unrestricted free agency in the summer of 2020. The six-time All-Star has averaged 23.7 points, 10.5 rebounds and 2.4 blocks in 466 career games. The Pelicans have reached the playoffs just twice during his tenure, with one series victory.

While Griffin and the Pelicans may be confident, there has been no public indication from Davis that he wants to remain with the team.

Griffin also spent time last Tuesday talking about the team’s plan for the 2019 NBA Draft. The Pelicans beat the odds during the draft lottery to receive the No. 1 pick in this year’s Draft, which is headlined by top prospects Zion Williamson and Ja Morant. After New Orleans won the lottery, reports circulated that Williamson would need to be convinced to join the Pelicans. Griffin was quick to dispel those reports on Tuesday.

Charania reported after the Pelicans won the Draft lottery that Davis has not wavered in his desire to be traded.

“I’m certain that’s a false narrative relative to the players that could potentially be the No. 1 pick,” Griffin said. “We’ve sat with multiple players that we’re looking at for that first pick. In fact, in the case of Zion Williamson, Alvin Gentry and I sat with he and his parents the night of the lottery. […] And Alvin and I were also together in interviewing Ja Morant in Chicago as well. And I think because we sat with those kids, who are both incredible human beings and all about all the right things, we know unequivocally that either one of them would be thrilled to join us in New Orleans. And they’re both very much excited about the concept.”

Griffin also discussed his early impressions of Pelicans owner Gayle Benson, who took control of the team after the passing of her husband, Tom, last year. Griffin credits Benson for empowering the team to pursue top-level talent — like Langdon and longtime Phoenix Suns trainer Aaron Nelson — to New Orleans

“It’s become something that it’s very clearly her baby, and the Pelicans matter immeasurably to her. And literally in all these hirings, she’s putting her money where her mouth is and she’s empowering us to go and attract the best and the brightest,” Griffin said. “And I think when you win the lottery in the midst of all those other things, it starts to really lend itself to changing a narrative.”

After the Pelicans’ final game of 2018-19, coach Alvin Gentry described Davis as “a great kid” who “got some bad advice,” referring to Paul, who also represents LeBron James and who orchestrated a public, mid-season trade demand for which Davis was fined $50,000. “But there’s nothing wrong with A.D.,” Gentry added.

The disgruntled six-time All-Star, who missed his seventh straight game to close out the 2018-19 season with what the team has listed as back spasms, wore a T-shirt with the famous Looney Tunes sign off, “That’s All Folks,” written across the chest. As he walked down the tunnel toward the locker room after the game, he gave one fan a high-five.