Kerr hasn’t ruled on center’s status yet; Durant remains out for Game 1 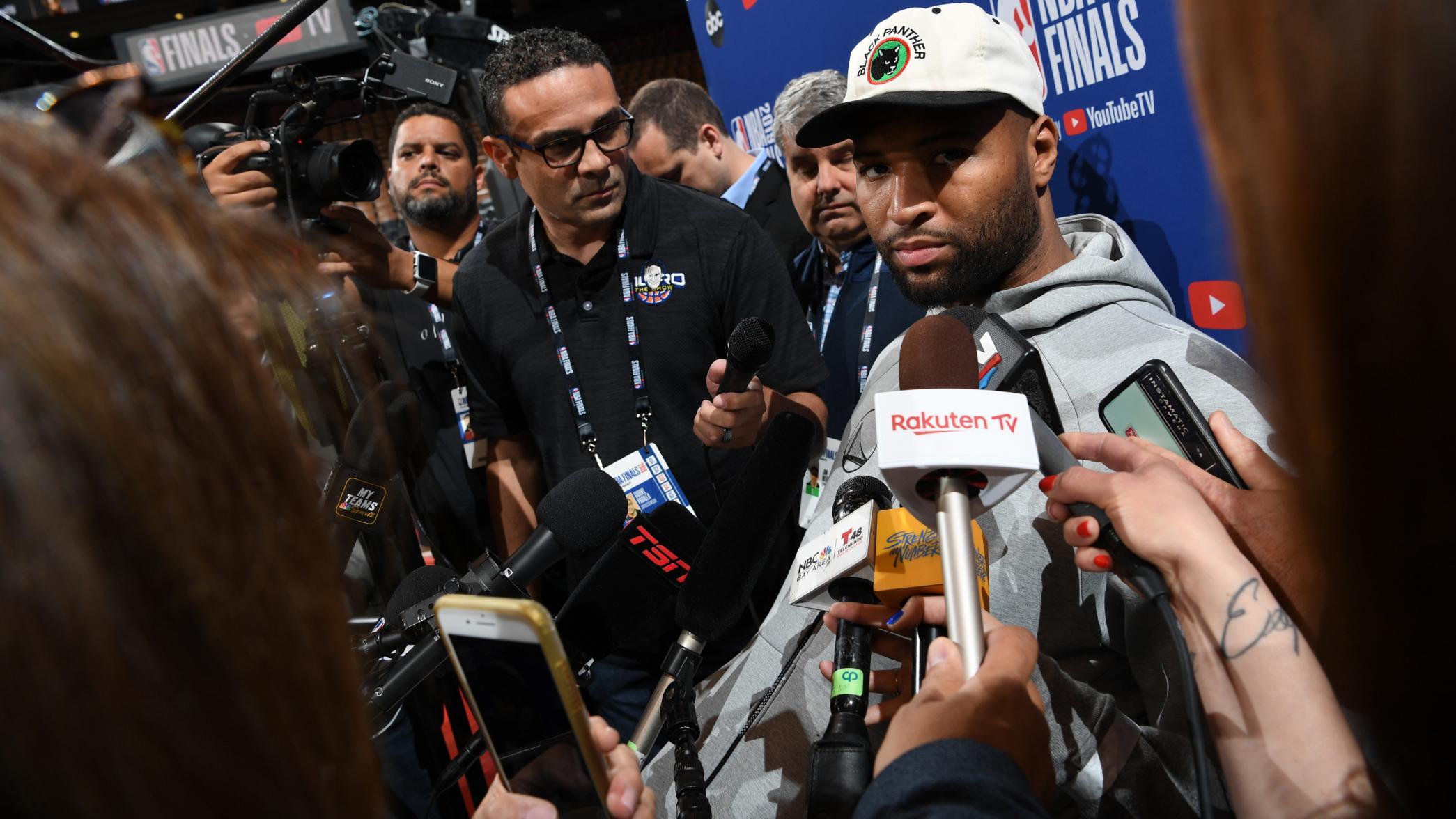 DeMarcus Cousins has been out of the Warriors’ lineup since April 15.

When it comes to DeMarcus Cousins’ status for Game 1 of The Finals, whether or not he’ll play may depend on who you ask. Cousins, the Golden State Warriors’ center who has been out since April 15 with a torn quadriceps muscle, told reporters Wednesday he remains questionable for Game 1 on Thursday (9 ET, ABC).

Warriors coach Steve Kerr told reporters that no decision has been made on Cousins’ status — which wasn’t much of a change for the big man heading into Wednesday’s NBA Finals Media Day.

“We have to figure out what’s the best way to utilize him. … Some of that will be determined by what’s happening in the game, and the other stuff is just internal with our staff.”

DeMarcus Cousins says his official status is questionable for Game 1.

When asked if it would be up to him to play in Game 1, Cousins evaded that question and said, “it was never up to me.” But, per multiple reports, he sounded like a player who wants to suit up for The Finals when it begins.

Cousins — in his first career postseason — scrimmaged Saturday and again Monday, a sign of progress he is closer to being ready. “I feel better each and every day.

That’s my whole goal, to make sure I get better with each day that comes,” Cousins said last week. “Hopefully, that opportunity comes, and I’m able to get on the floor and help my teammates and try to help them win a championship.

” Warriors star forward Kevin Durant traveled with the team to Toronto, but will not play in Game 1. Kerr said Wednesday that Durant must ramp up his individual court work over the next few days to determine his status for Game 2.

Durant, the two-time reigning Finals MVP who has missed the past five games since getting hurt in Game 5 of the Western Conference semifinals against Houston, has already been ruled out for Game 1 with a strained right calf.

As of Tuesday, when Golden State held an optional practice before flying, he had yet to do any full-speed work on the court. He has done some shooting, Kerr said.

There will be two full days off before Game 2 on Sunday, giving Durant time to get further on-court work done that the Warriors would need to see before he is medically cleared. Durant didn’t travel to Houston for Game 6 of that round or to Portland for the two road games against the Trail Blazers in the Western Conference finals. He remained in the Bay Area to rehab, and the Warriors are unbeaten without him.

An impending free agent this summer, he was hurt May 8 when he landed awkwardly on his right foot following a baseline jumper late in the third quarter of a 104-99 victory over the Rockets at Oracle Arena. Durant is averaging 34.2 points per game this postseason.