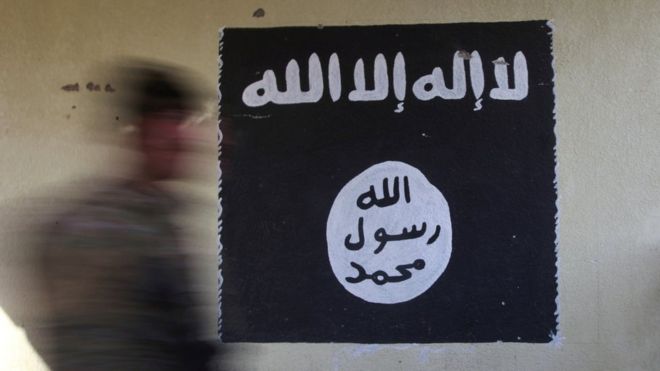 Three Frenchmen have been sentenced to death by an Iraqi court after being found guilty of joining the Islamic State (IS) militant group.

The men – named as Kévin Gonot, Léonard Lopez and Salim Machou by AFP news agency – have 30 days to appeal.

They were among 12 French citizens captured in Syria by US-backed fighters. In February they were transferred to Iraq for trial.

The three are the first IS suspects from France to be sentenced to death.

France has yet to react to Sunday’s court ruling in Baghdad. But when pressed on the issue in February, French President Emmanuel Macron declined to comment, saying it was a sovereign matter for Iraq.

Human rights groups have heavily criticised the trials of suspected IS fighters in Iraq. Activists they say the courts often rely on circumstantial evidence or confessions made under duress.

What do we know about the three?

Gonot, 32, is from south-eastern France. He is believed to have entered Syria through Turkey to join the al-Nusra Front, a branch of al-Qaeda, before pledging allegiance to IS.

He was arrested in Syria with his mother, his wife, and his half-brother in December 2017. A French court has also sentenced him in absentia to nine years in prison.

Machou, 41, belonged to an IS cell composed of European fighters that has carried out attacks in Iraq and Syria and planned others in Paris and Brussels, according to the Centre d’Analyse du Terrorisme (CAT), a French think tank.

Lopez, a 32-year-old from Paris, also travelled with his wife and two children to IS-held Mosul in northern Iraq before entering Syria, CAT quotes French investigators as saying.

His lawyer, Nabil Boudi, condemned the trial as “summary justice”. He told AFP news agency that the death sentence had been “based solely on a series of interrogations in Baghdad jails”.

Why were they transferred to Iraq?

IS once controlled vast swathes of territory stretching across Syria and Iraq. After years of fighting, Iraq declared victory on its side of the border in late 2017.

On the Syrian side, the main offensive was led by a US-backed alliance of Arab and Kurdish fighters, the Syrian Democratic Forces (SDF). The group captured the last stronghold held by the jihadists in March.

An estimated 1,000 foreign fighters – as well as many women and children – are estimated to be in SDF custody. Iraq has offered to try all foreign fighters held by the SDF. Several hundreds have been transferred for trial by Iraqi courts but none have so far been executed.

What has happened to foreigners who joined IS?

More than 41,000 people from dozens of countries are estimated to have joined IS in Syria and Iraq – about a quarter of them women and children. 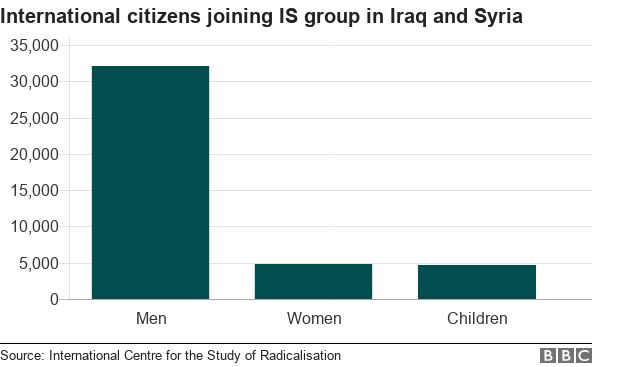 Almost 6,000 came from Western Europe. Approximately 850 people from the UK were among them, including 145 women and 50 children. 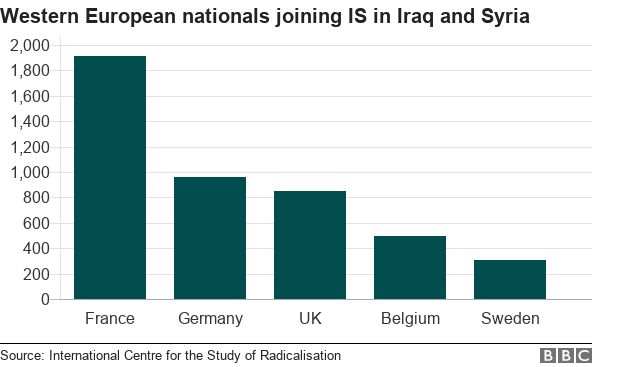 The vast majority of IS militants are believed to have been either killed or captured. It is unclear how many foreigners have died.

Researchers suggest at least 7,000 have travelled back to their countries of origin. Those countries have raised concerns about bringing hardened jihadists back and the challenges of gathering evidence to support prosecutions.

This entry was posted in News and tagged france, iraq, islamic-state-group, syria. Bookmark the permalink.