Drake had his fun during Raptors’ Game 6 win over Bucks 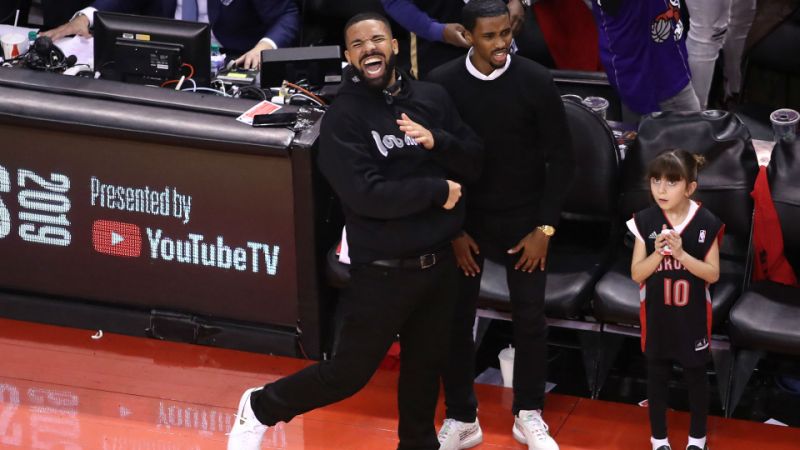 The Toronto Raptors are headed to the franchise’s first-ever NBA Finals, and it only took the second-largest playoff comeback in team history to do so.

Kawhi Leonard’s stretch of dominance continued as his game-high 27 points were enough to beat Milwaukee for the fourth straight game.

Raptors superfan Drake didn’t have much to cheer for until late in the third. The Raptors were trailing by as many as 15 points in the second quarter. It looked like the rapper might have to heed the advice on the back of his sweatshirt that read “Kawhi me a river.”

But as the Raptors mounted a 26-3 run starting in the third and Leonard sent home a dunk heard around the world, Drake’s antics finally ignited.

Kawhi had Drake in another stratosphere of hype ? pic.twitter.com/LptCmTZ4AL

With the game all but over, Drake couldn’t help but send the Bucks back to Milwaukee with a nice little wave.

DRAKE WAVES GOODBYE TO THE MILWAUKEE BECAUSE THE RAPTORS ARE GOING TO THE NBA FINALS pic.twitter.com/CR7TCLhcNJ

Who could forget about the Drake curse? It’s finally over … for now at least.

The moment @Drake realized the curse had been lifted! ??? pic.twitter.com/CZKqcg55mQ

The win was surely stressful on the Raptors’ head coach. Drake is always around to help relieve the tension.