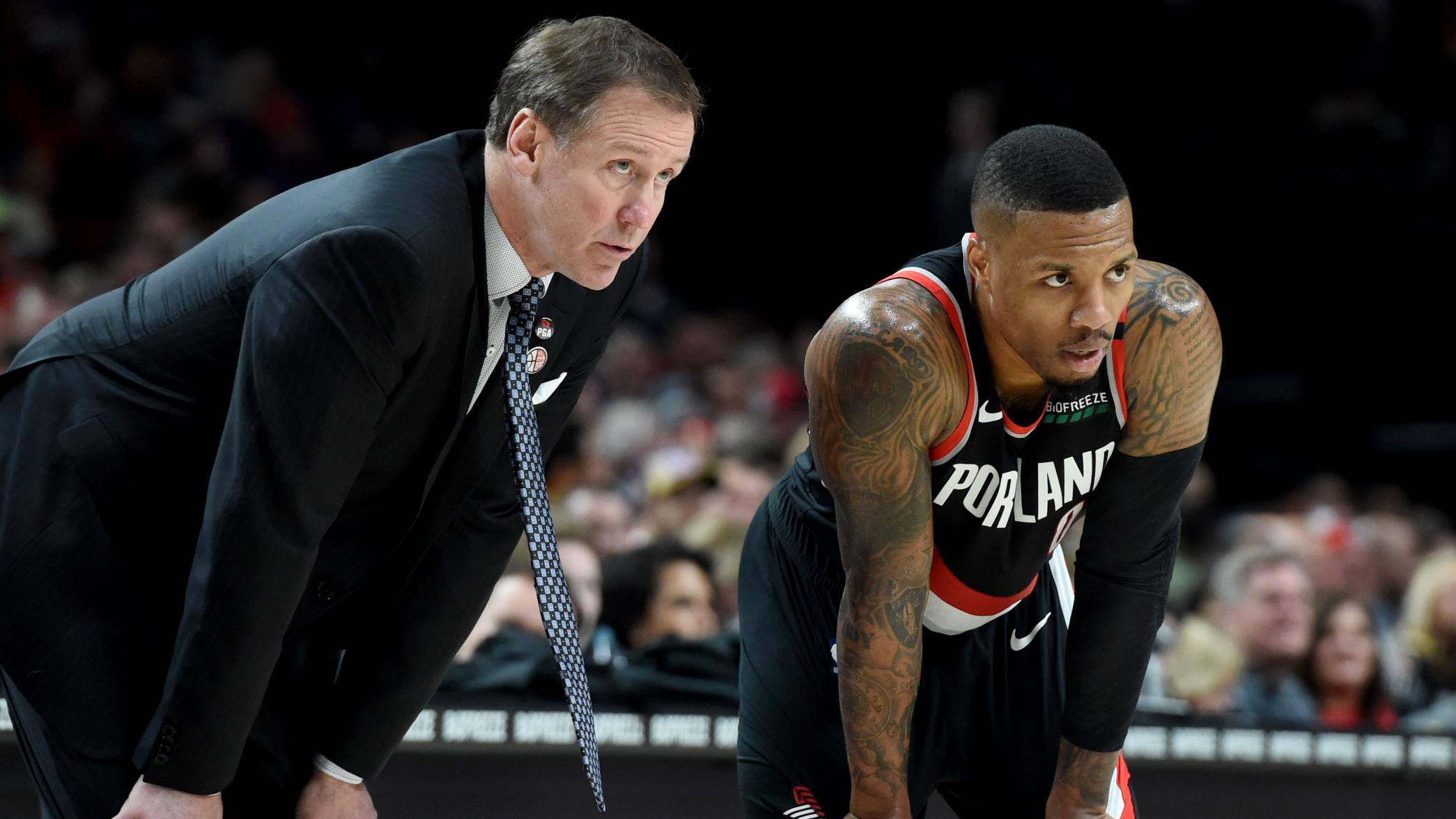 Terry Stotts has led the Trail Blazers to the playoffs in each of the past six seasons.

PORTLAND (AP) — The Portland Trail Blazers have formally announced that coach Terry Stotts signed a contract extension through the 2021-22 season.

The extension was first revealed the day after the Trail Blazers were eliminated from the postseason by the Golden State Warriors, but terms were not released.

Stotts, Portland’s coach since 2012, led the team to its first appearance in the Western Conference finals in 19 years. The Blazers finished the regular season 53-29 to secure the third seed then got past Oklahoma City and Denver in the opening rounds of the playoffs.

The Blazers have made the playoffs in six straight seasons under Stotts.

The Blazers also announced Friday that President of Basketball Operations Neil Olshey has signed to a contract extension through the 2023-24 season. Olshey joined the team in 2012 as general manager and was promoted in 2015.

This entry was posted in Basketball News & Updates, News and tagged portland-trail-blazers, terry-stotts. Bookmark the permalink.