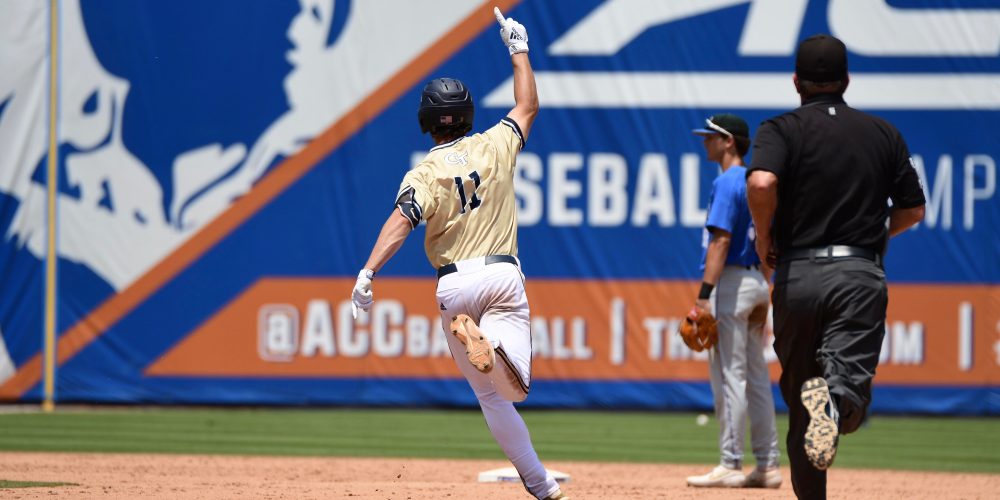 DURHAM, N.C. — Never before in his college career had Tristin English delivered a walk-off hit to give himself the win on the mound. He saved that impressive accomplishment for Friday, lifting Georgia Tech to a 5-4 win over Duke and a spot in Saturday’s ACC tournament semifinals.

“I’d put it right behind the cycle I hit earlier this year,” English said, when asked to rank his performance Friday. “Cycle is a big thing, but this kind of meant more as far as it was to take us to the next round, gives us a chance to play in the championship, and then just overall it was a better team win.”

It was indeed a good team win; Georgia Tech played sound defense, got a solid enough outing from Connor Thomas, good setup work from Luke Bartnicki, and a two-run homer from Kyle McCann.

But English stole the show. The preseason All-America two-way talent tied the game at 4-4 with a two-run homer down the right-field line in the third, over the Blue Monster and the giant bull that looms above it.

This entry was posted in NCAA, News and tagged georgia-tech, ncaa, tristin-english. Bookmark the permalink.