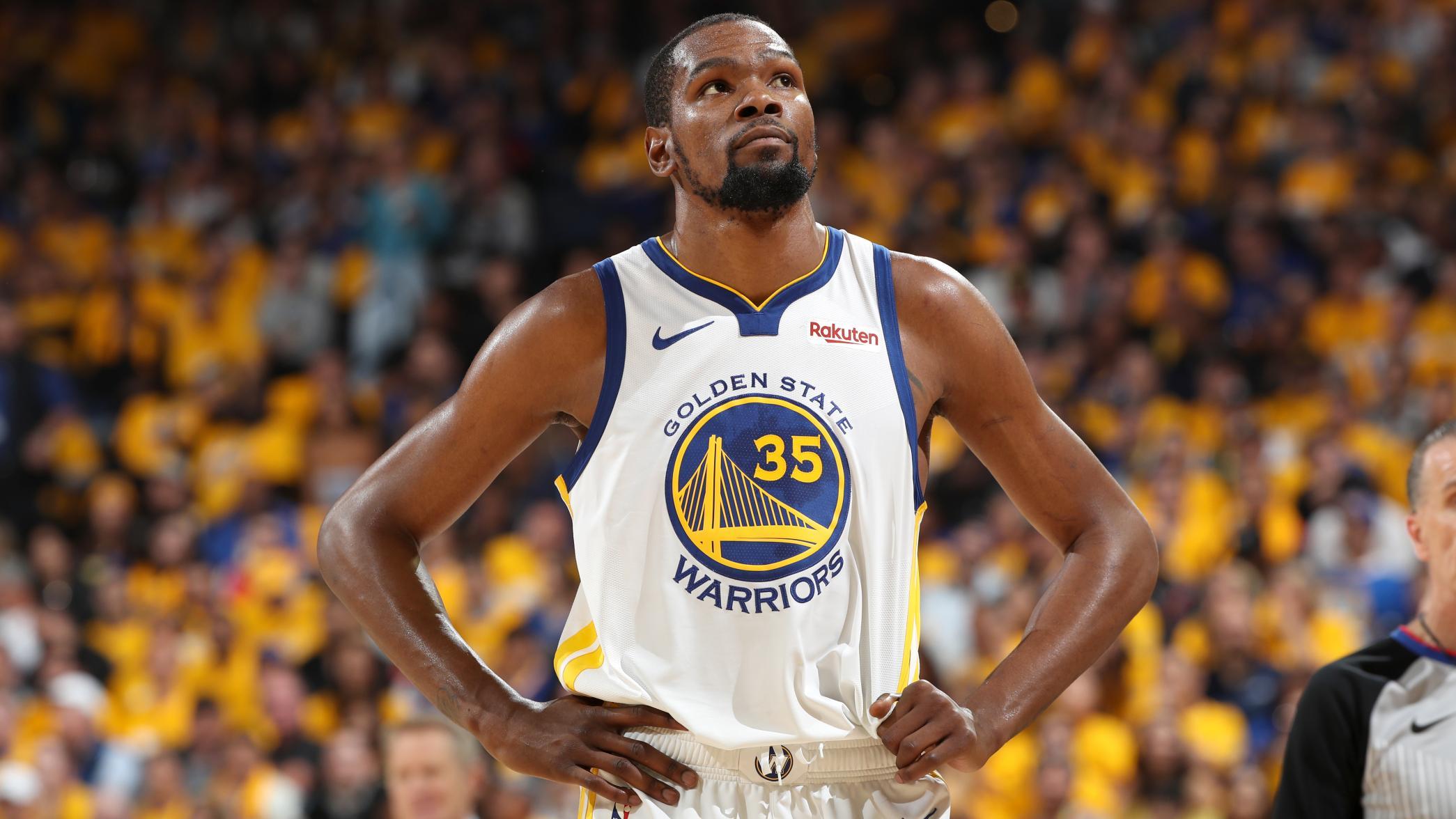 Kevin Durant says his calf injury could have been worse.

Superstar Warriors forward Kevin Durant was forced to sit out the entire Western Conference finals with a calf injury suffered in the previous round, and it’s increasingly likely he’ll miss at least part of the upcoming Finals against either Toronto or Milwaukee as Golden State pursues its third straight title and fourth in five years.

But it could have been much worse based on his split-second reaction to the injury he suffered late in the Warriors’ Game 5 victory on May 8 of their Western Conference semifinals series with Houston.

While Durant was later diagnosed with a right calf strain, he initially feared — along with many watching — that he might have torn his Achilles tendon based on the non-contact nature of the injury.

“I pushed off to run down court and I felt somebody trip me up,” said Durant, who spoke about the injury for the first time on Friday.

“First thing that came to mind, ‘Boogie (Cousins) said, Kobe (Bryant) said…’ that it felt like somebody kicked them (after they tore Achilles tendons).

“So the first thing in my mind was to slow down and process what happened. Then I started walking, and I could put weight on it, and it wasn’t as bad as I thought.

” But still bad enough that Durant has been out for more than two weeks, and has yet to be cleared for on-court activities.

The Warriors announced on Thursday that Durant continues to make “good progress” with the injury, and is “hopeful” to return at some point during The Finals, which begin next Thursday and conclude, if it lasts all seven games, on June 16.

“I’m just taking it a second at a time,” Durant said. “I don’t really know too much about this injury. I’m just leaving it up to the team doctors.

” The Warriors can at least count on the return of veteran reserve Andre Iguodala (calf), who is expected to return for Game 1, and perhaps All-Star center DeMarcus Cousins (quad), who the Warriors expect to return at some point during The Finals.

Warriors coach Steve Kerr said both players participated in a full team scrimmage on Friday, with no restrictions on contact or playing time. Durant, he said, sat out as he continues to rehab.