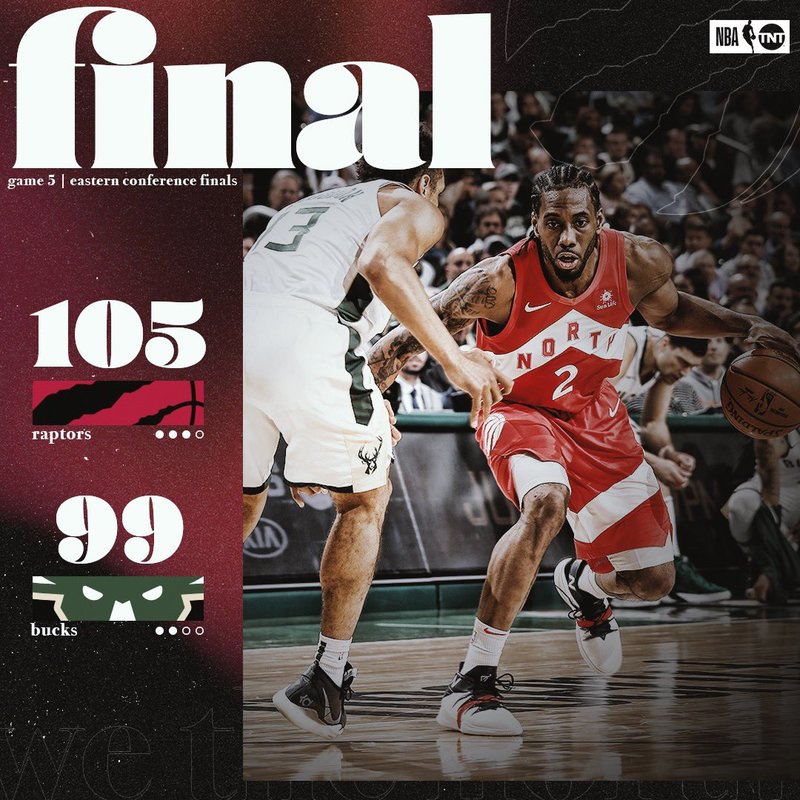 The Toronto Raptors withstood several punches from the Milwaukee Bucks and stole a game on the road with a 105-99 win in Game 5 on Thursday.

Kawhi Leonard carried the load down the stretch, much like he has throughout the playoffs for Toronto. Leonard finished with 35 points on 11-of-25 shooting while also dishing out nine assists and securing seven rebounds. The All-Star swingman scored 15 of Toronto’s 33 points in the final quarter.

The Raptors also received a huge lift from reserve guard Fred VanVleet, who added 21 points and knocked down seven of his nine attempts from beyond the arc.

As has been the case throughout the postseason, Giannis Antetokounmpo led the way for the Bucks with 24 points to go along with six rebounds and six assists. Five different Bucks finished in double figures in a losing effort.

Now the series shifts to Toronto and the Raptors will have a chance to put the series away in Game 6.

Kawhi led the Raptors to a huge Game 5 win in Milwaukee. pic.twitter.com/mXJztoLAtS

How to watch Raptors vs. Bucks Game 6