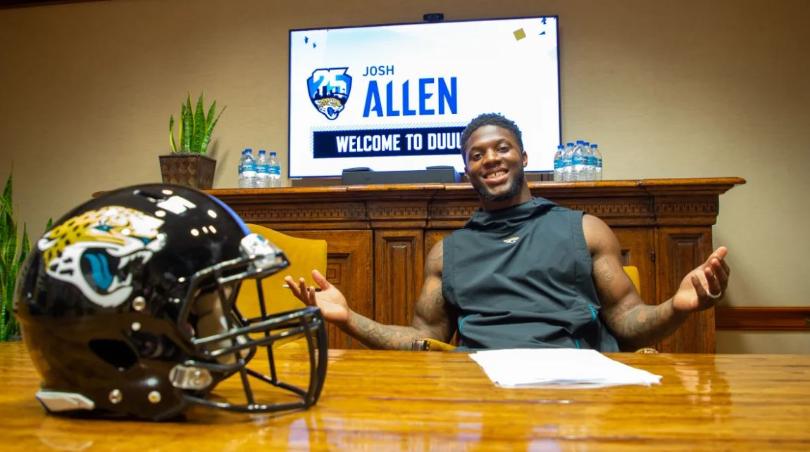 Josh Allen didn’t practice on Thursday, but he did sign his rookie contract with the Jacksonville Jaguars, the team announced.

The rookie pass rusher, who sat out Thursday’s OTA as a precaution with a knee bruise, was the seventh overall pick of the 2019 NFL Draft.

“The journey began when I got drafted here, but now it’s official,” Allen said via the Jaguars’ public relations. “Now, I get to put my head down, get to work and continue to try and be the best player I can.”

A physical force out of Kentucky, Allen’s combine numbers were impressive, as the 6-foot-5, 262-pound edge ran a 4.63-second 40-yard dash.

Allen’s signing leaves Jacksonville with just one 2019 selection — third-round linebacker Quincy Williams — left to be signed out of their seven-player class.

Plenty of reasons to smile.@JoshAllen41_ has officially signed his contract. #DUUUVAL pic.twitter.com/sdnK34cDE3