Profile: Duterte the controversial 'strongman' of the Philippines 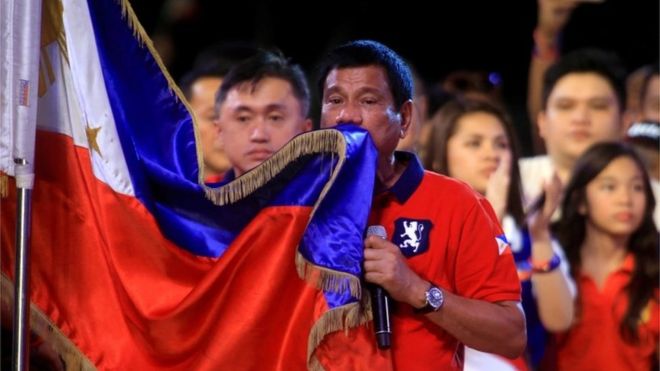 Rodrigo Duterte was elected president of the Philippines in 2016 by a landslide win on the back of hardline promises to tackle crime and corruption.

He has since attracted intense controversy for a bloody drug war and a string of controversial remarks deemed offensive or sexist by many observers.

He has also been criticised by the international community and rights groups that say his policies amount to human rights abuses.

Despite international condemnation, he remains hugely popular in the Philippines.

he hallmark of Mr Duterte’s early years as president has been a relentless crackdown on drug dealers and users.

He has urged citizens and the police to conduct extra-judicial killings of suspects and thousands have died in the anti-drugs campaign.

Noting that there are three million addicts in Philippines, Mr Duterte has said he would be “happy to slaughter them”. 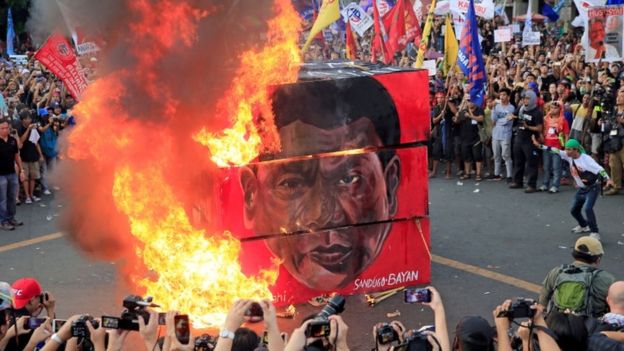 Mr Duterte has said his hardline stance was necessary to wipe out the illegal drugs trade and remains undeterred, vowing to kill “every last one” of the traffickers.

The United Nation, the Roman Catholic church, the European Union and the United States have repeatedly condemned his policy as a violation of human rights. Domestic activist groups have also protested the killings.

He has threatened to “separate” from the UN – which he later said was a joke – and called then UN secretary-general Ban Ki-moon “a fool”.

He also called the EU “hypocrites” during a speech and showed the middle finger.

He famously referred to former US President Barack Obama as a “son of a whore”, but later expressed regret when Mr Obama cancelled a meeting.

He also called the Pope “the son of a whore” and said God was “stupid” in a largely devout Catholic country, and joked that when he was still the mayor of the southern city of Davao he should have been the first to rape an Australian missionary murdered in a prison riot. 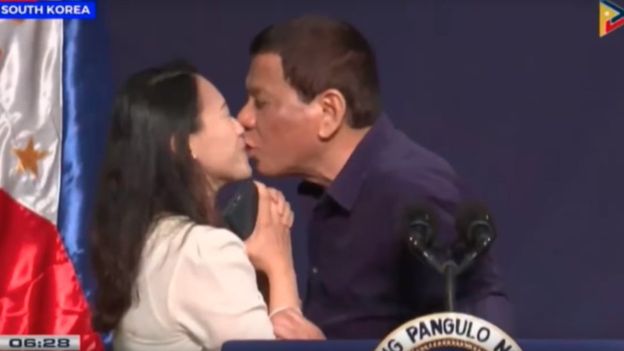 There’s been a wave of criticism after he said he sexually assaulted a maid when he was a teenager or when he kissed a female worker on stage, described as “disgusting theatrics of a misogynist president” by rights group Gabriela

Political origins
Rodrigo “Digong” Duterte was born in 1945 into a family closely tied to local politics. His father was once a provincial governor and the family had links with the powerful families in Cebu province, where his father was once mayor.

Mr Duterte trained as a lawyer and rose to become state prosecutor, eventually becoming mayor of Davao in 1988, ruling the city for much of the past 30 years.

He built his reputation fighting some of the biggest problems facing the Philippines – crime, militancy and corruption. All three dropped significantly during his time leading Davao, making the city one of the safest in the Philippines.

His track record from Davao helped him win nationwide support on the hope he could replicate his efforts at a national level. 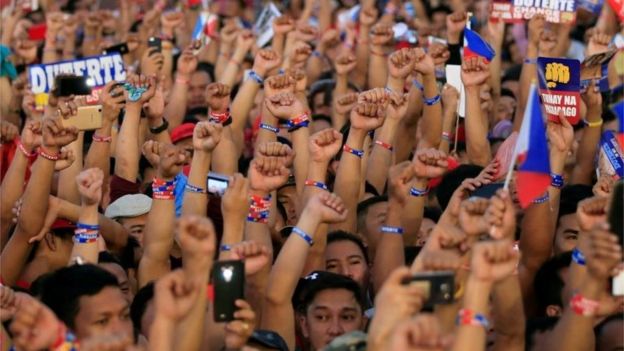 Constitutional reforms
Self-styled as both a socialist and a reformist, he has promised to change the country from a centralised system to a federal parliamentary form of government, to better share wealth.

A landslide win by his political supporters in the 2019 senatorial elections has given him a majority in the country’s upper house.

This means he can now push forward with his plans to change the constitution to make the country more federal.

Critics warn though that without reforms at the regional and local level, a more federal Philippines would hand unchecked power to local clans and dynasties.

The senate majority also allows him to pursue other controversial policies like reinstating the death penalty or lower the age of criminal liability.

Pivoting to China?
His foreign policy direction, vague during campaigning, has continued to flip-flop.

Mr Duterte had previously hinted at taking a stronger stance against China, which the Philippines is engaged with in maritime disputes in the South China Sea. He famously said he would ride a jet ski to a disputed island claimed by both countries and stick a flag on it.

But since becoming president he has emphasised a desire to move away from the US – the Philippines’ former colonial ruler turned military and economic partner – and pivot closer to China and Russia, sparking concerns from investors 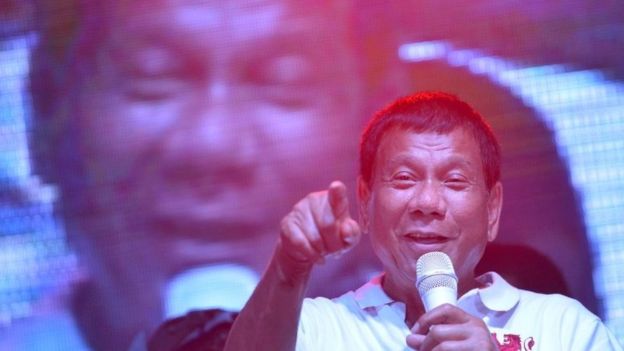 ‘Duterte Harry’
His tough approach has earned him the nicknames “The Punisher” and “Duterte Harry”. He said in a televised debate that he would kill his own children if they took drugs.

He also said he killed someone when he was a teenager – a statement his spokesman later said was only a joke.

His strongman image makes him popular among many in the Philippines as someone who will do what is necessary to get things done. Halfway through his term, polls put his public support at around 80% and the mid-term election was also seen as a successful referendum on his policies.

But horrified opponents have continued to castigate him, comparing him to US President Donald Trump. Mr Duterte has rejected the comparisons, saying that “he is a bigot and I am not”.

Married twice, he has four children, one of whom – his eldest daughter Sara – is now mayor of Davao City. He is now officially single, but has claimed to have several girlfriends.