Libya crisis: UN warns battle for Tripoli is 'start of a bloody war' 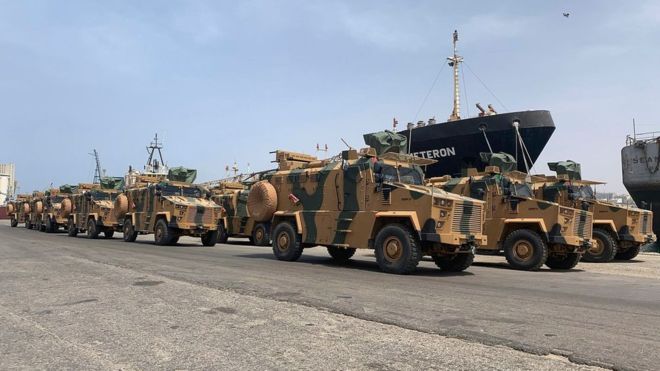 The UN envoy for Libya has warned that the battle for Tripoli is “just the start of a long and bloody war”.

Ghassan Salame is calling for immediate steps to cut off arms flows fuelling the fighting in Libya.

More than 75,000 people have fled their homes in the latest fighting, according to the World Health Organization.

At least 510 people have been killed, WHO figures show.

Addressing the UN Security Council, Mr Salame warned that the conflict could descend into what he called an “all-against-all” state of chaos.

“I am no Cassandra, but the violence on the outskirts of [the capital] Tripoli is just the start of a long and bloody war on the southern shores of the Mediterranean, imperilling the security of Libya’s immediate neighbours and the wider Mediterranean region,” Mr Salame said. 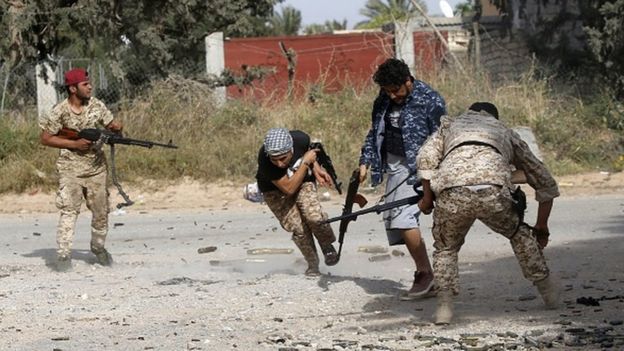 AFP adds that at the weekend the Tripoli-based government of national accord posted photographs of dozens of fresh deliveries that it had received of Turkish-made armoured vehicles on its Facebook page.

A Turkish foreign ministry spokesperson told the BBC they had no knowledge of any shipments to Libya.

The conflict heightened at the weekend when the water supply to Tripoli was cut off – something the UN said was a possible war crime. Libya’s internationally recognised government accused forces loyal to Gen Haftar of being behind the blockage.

The battle for Tripoli began on 4 April when Gen Haftar launched his offensive to try and capture the capital, where the internationally recognised government is based.

He has his powerbase in the east of the country where he is allied to a rival government.