Leonard, Raptors hope to shake off fatigue for Game 4

Leonard, Raptors hope to shake off fatigue for Game 4 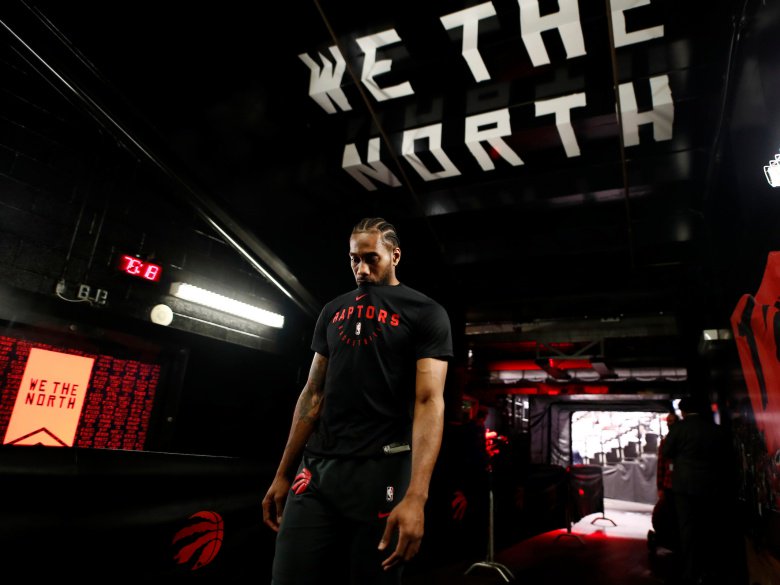 FILE – TORONTO, CANADA – APRIL 29: Kawhi Leonard #2 of the Toronto Raptors exits the arena after warming up before a game against the Philadelphia 76ers prior to Game Two of the Eastern Conference Semifinals of the 2019 NBA Playoffs on April 29, 2019 at the Scotiabank Arena in Toronto, Ontario, Canada. (Photo by Mark Blinch/NBAE via Getty Images)

TORONTO (AP) — For Kawhi Leonard and the Raptors, Monday (Tuesday, PHL time) was all about rest and recovery. Coming off a season in which he sat out 22 regular-season games and never played on back-to-back nights as part of a plan to manage his workload, Leonard played a playoff career-high 52 minutes in Toronto’s double-overtime victory over the Milwaukee Bucks on Sunday (Monday, PHL time).

The Raptors cut their deficit to 2-1 in the Eastern Conference finals, but it may have come at a cost. Leonard battled through both extra sessions while dealing with soreness in his leg. Pascal Siakam also had a long night, playing 51 minutes for Toronto, which will try to even the series in Tuesday’s (Wednesday, PHL time) Game 4.

“The consensus today is he’s tired, and he’s got two days and will be ready to go,” Nurse said. “Those are kind of the words coming out of his mouth: little tired, but he’ll get his rest, got two days, and he’ll be ready.”

Leonard played only nine games in 2017-18 because of a quadriceps injury. He was traded from San Antonio to Toronto after that season, and the Raptors made keeping him fresh a priority.

He acknowledged feeling sore after scoring 36 points in Game 3, including eight in the second overtime, but insisted he’d be ready to go on Tuesday (Wednesday, PHL time).

The Bucks are still expecting Leonard to be at his best.

“He’s going to shoot with one, two, sometimes even three or four guys on him,” Milwaukee’s Khris Middleton said. “I keep saying this over and over: He’s a great player. You can’t stop great players. You can only make it tough on them.”

Leonard isn’t just an offensive force. A two-time Defensive Player of the Year, he helped limit Milwaukee’s Giannis Antetokounmpo to 12 points on 5-for-16 shooting in Game 3.

“I don’t know that we can go any harder at Kawhi than we are,” Budenholzer said. “We’ve been throwing a lot at Kawhi, and we’ll continue to do that.”

Here are some other things to know before Game 4:

Sunday (Monday, PHL time) marked the sixth time in 15 playoff games with Toronto that Leonard has scored 35 or more. That gives Leonard as many 35-point games in the playoffs as former Raptors stars Vince Carter and DeMar DeRozan combined. Carter (15 career playoff games with the Raptors) and DeRozan (51) each had three such games.

Lowry is still wearing a compression glove on his left hand, trying to manage the thumb injury he sustained in Game 7 against Philadelphia in the previous round. Lowry said the thumb bothers him when he tries to make steals.

BENCH PRODUCTION Budenholzer said he doesn’t plan on moving either Malcolm Brogdon or George Hill into the starting lineup. Hill led the Bucks with 24 points in Game 3, while Brogdon — a starter in the regular season before he was sidelined by a foot injury — had 20. “We’ll continue to think about it and wrestle with everything but, generally speaking, I think that seems like it’s in a good place,” he said.

ONE IN THE CHAMBER

Danny Green was surprised when Nurse ran a play for him in the first overtime, even though Green had missed all eight attempts so far.

Green made a three, his only successful field goal of the game.

“A lot of coaches did a great job of letting me mature as an adult and professional shooter to not let those other shots be in my mind,” Green said. “When I came around the screen, I didn’t think twice. I just thought the next one was going in.”