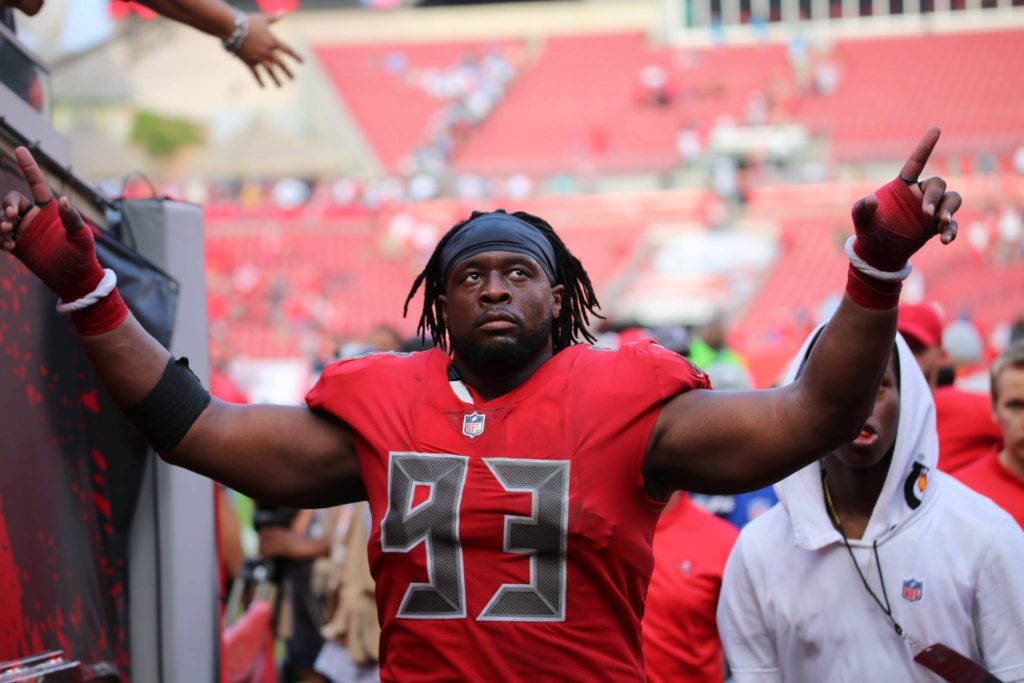 The Tampa Bay Buccaneers are moving on from the senior-most member of their defense.

The 31-year-old had three years remaining on his contract with the Bucs and was owed $13 million in 2019 prior to his release. Now that he’s off the roster, McCoy will count nothing against Tampa Bay’s cap.

“These decisions are very difficult, personally and professionally,” Buccaneers general manager Jason Licht said in a team statement. “Over the past nine years, Gerald has been a cornerstone of this franchise and a leader in our community. Parting ways with a player and person such as Gerald is one of the toughest responsibilities of this job. We wish Gerald, along with his wife, Ebony, and the entire McCoy family continued success and thank them for everything they have meant to our organization and community.”

McCoy had appeared to be on the outs in Tampa Bay ever since the Annual League Meeting when new Bucs coach Bruce Arians told reporters that McCoy had not been as disruptive in recent years. Tampa Bay had reportedly been attempting to trade McCoy but apparently found no suitors to take on his $13 million salary.

“I know Gerald has done a lot of good things on and off the football field in Tampa during his time here,” Arians said in a statement Tuesday. “You hate to see good football players go, but this is a decision that we felt needed to be made in order to allow us, and Gerald, the ability to move forward. Gerald is a class-act and I wish him the best.”

The defensive tackle seemed to know the end was near, as well. When asked last week whether he’d suit up for the Bucs in 2019, McCoy said, “I will be playing football somewhere. … The fans know I love them. I’ll be on the field at some point.”

Though his falling-out in Tampa Bay might suggest otherwise, McCoy hasn’t been unproductive in recent years. The defensive tackle has amassed at least five sacks in each of the last seven seasons, the league’s longest active streak among DTs. Since 2010, McCoy has 50.5 sacks, the third-most among all defensive tackles. His six Pro Bowl selections since 2012 are tied with Cincinnati’s Geno Atkins for the most among defensive lineman.

McCoy’s potential replacement in Tampa Bay could be one familiar to the defensive tackle. The Bucs could go after free-agent defensive tackle Ndamukong Suh, the second overall pick in the 2010 draft; McCoy was third overall. Suh made $14 million last season on a one-year deal with the Los Angeles Rams.

The Bucs were in need of reinforcements on the defensive line even before letting McCoy go. Starting defensive end Jason Pierre-Paul could miss up to six months with a neck injury suffered in a car accident earlier this month.

As for McCoy, the defensive tackle figures to have many suitors. McCoy had been mentioned as a Cleveland Browns target in trade talks, but with his $13 million salary no longer on the table, other teams might start inquiring about his services.