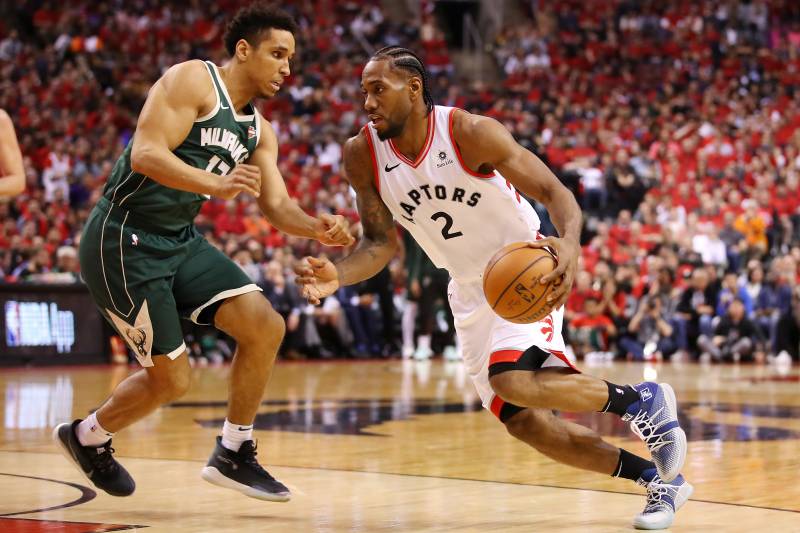 The Toronto Raptors are on the board in the 2019 Eastern Conference Finals.

Toronto defeated the Milwaukee Bucks 118-112 in a double-overtime thriller in Sunday’s Game 3 at Scotiabank Arena and is now down 2-1 after dropping the first two contests on the road.

Even with all that, the Raptors needed two overtimes to win when Siakam missed two free throws in the final 10 seconds of regulation that would have pushed their lead to four. Khris Middleton scored on the other end to tie the game, and Siakam missed a potential game-winning three at the buzzer.

Siakam made up for his crunch-time struggles by drawing Giannis Antetokounmpo’s sixth foul in the second overtime, which allowed Toronto to finally escape with the win. He also blocked Brook Lopez in the final minute of the game with the Raptors nursing a two-point lead before Leonard pushed the advantage to four on the other end.

Antetokounmpo finished with just 12 points on 5-of-16 shooting, although he grabbed 23 rebounds to go with seven assists and four blocks. George Hill led the Bucks in scoring with 24 points, while Malcolm Brogdon added 20 off the bench.

The series continues with Tuesday’s Game 4 in Toronto.