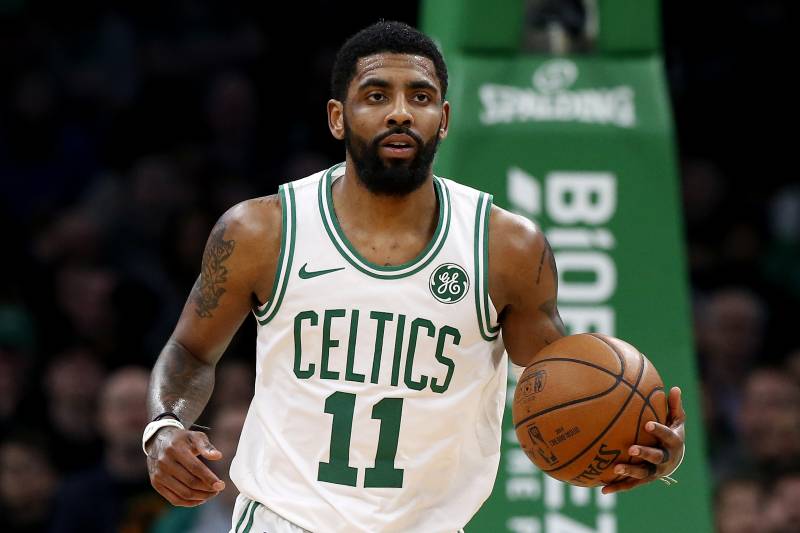 Teams thought to have interest in signing guard Kyrie Irving this offseason are reportedly “more wary” about doing so because of the way things played out for Irving and the Boston Celtics this season.

According to Steve Bulpett of the Boston Herald, some teams are “concerned about putting too many eggs in [Irving’s] basket” following his struggles in Boston’s second-round playoff loss to the Milwaukee Bucks.

Bulpett added that two teams are only willing to sign Irving if they can sign another superstar first to pair him with. While the players weren’t named, Kevin Durant and Kawhi Leonard seem like the top candidates.

ESPN’s Stephen A. Smith said last week he was told there is a “95 percent chance” that both Irving and Durant sign with the New York Knicks:

Yes. From everything I’ve heard, KD and Kyrie are planning on coming to New York. 95% Chance they say! Only potential hiccup is KD changing his mind pic.twitter.com/9ezL7IEc3y

Irving has yet to provide any indication on whether he would be willing to re-sign with Boston, but Bulpett reported the Celtics are hopeful they can keep him.

It initially seemed like a foregone conclusion that he would re-sign. In October at an event for Celtics season ticket holders, Irving said: “I’ve shared it with some of my teammates as well as the organization as well as everyone else in Boston. If you guys will have me back, I plan on re-signing here next year.”

By February, he had backed off his initial statement, saying, “Ask me July 1,” when asked if he planned to re-sign, per Jay King of The Athletic.

While the 27-year-old put up strong numbers this season, averaging 23.8 points, 6.9 assists, 5.0 rebounds and 1.5 steals per game, it seemed as though he struggled to mesh with younger players like Terry Rozier, Jayson Tatum and Jaylen Brown.

In January, Irving questioned whether the team’s young players knew how to play championship-caliber basketball, according to Keith Smith of Yahoo Sports:

“There were no expectations last year. Everyone played free and easy. Everyone surpassed whatever they expected for themselves. This year? We all have high expectations. The players, the coaches, everyone. And that’s good, but we aren’t doing it yet.”

This month, ESPN.com’s Jackie MacMullan reported that Irving’s teammates were “treading lightly” early in the season because of Irving’s “mood swings.”

During Boston’s second-round playoff loss to Milwaukee, Irving shot just 35.2 percent from the field and 22.7 percent from three while taking 20.8 shots per game. The Celtics dropped four straight after winning Game 1 of that series, and they finished the 2018-19 season worse than they did the previous campaign.

With both Irving and Gordon Hayward out for the playoffs with injuries, the Celtics made it to Game 7 of the Eastern Conference Finals last season. Rozier, Tatum and Brown primarily led the way.

If the Celtics re-sign Irving, it’s possible they could move on from Rozier, a restricted free agent. If Irving signs elsewhere, however, Boston may move forward with a youth movement.