Jurrell Casey: Titans need to take it to 'another level' 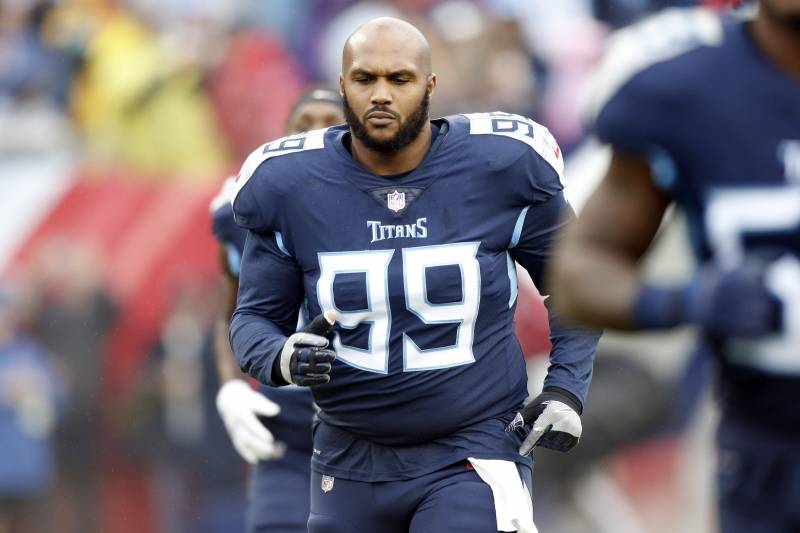 Following a Week 17 winner-take-all victory, the Indianapolis Colts vaulted into the postseason.

After the reemergence of Andrew Luck, the rise of an all-of-a-sudden sterling offensive line, the dazzling debut season of linebacker Darius Leonard and a trip to the AFC Divisional Round, the Colts are trending upward.

Somewhat forgotten, however, is Indianapolis had to win that final regular season game to get into the playoffs and with that triumph came a season-ending defeat for the Tennessee Titans.

One win away from the playoffs, the Titans were without starting quarterback Marcus Mariota, but they were also without defensive lineman Jurrell Casey. Casey was sidelined with a knee injury, but it was the pain of the loss that lingered.

“It was definitely hard — very tough for me,” Casey said via the team website. “I probably cried the first couple of nights. I know it wasn’t too bad of a crazy injury, but just to know that I wasn’t able to help my team the following week, couldn’t participate in one of the biggest games of my career with my teammates, it hurt. It hurt me bad.

“But at the end of the day, I have to get ready for another season. I have to chuck that behind me and get ready to go.”

Now in the midst of an offseason longer than he had hoped for, Casey has been strengthening his knee and also looking to add weight to his frame.

While Casey missed out on the playoffs, he made it to a fourth-straight Pro Bowl as he led his team with seven sacks and 11 tackles for a loss.

However, in Casey’s eight-year career, Tennessee has punched its ticket to the postseason just once — in 2017 — and the playoffs remain the driving force for the interior lineman.

“The biggest thing I’m looking at is trying to make it the playoffs, and trying to get to the Hall of Fame,” he said. “I have been to the playoffs one time since I’ve been here. Our team has been good, winning nine games three years in a row. But we have to take it to another level. And I want to do my part to help get us there.

“We have a coach who understands football and understands how players should play. He’s putting us in great situations, and with two great defensive minds in [head coach Mike] Vrabel and [defensive coordinator Dean] Pees, we could be unstoppable on defense.”