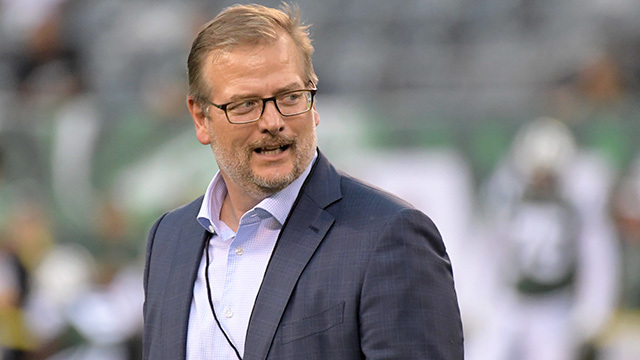 Johnson said the decision to fire Maccagnan on Wednesday, which took place less than five months after jettisoning then-coach Todd Bowles and three weeks after the 2019 NFL Draft, was “a decision that evolved and took a while.” The owner added that as he “understood more fully” Maccagnan’s role in the building, his evaluation of the GM’s job status changed.

“This isn’t a decision that I could’ve made at the end of the season. I could with Todd. I could not with Mike.”

It was strange at the time, when the Jets fired Bowles immediately following the end of the 2018 season, that New York kept Maccagnan on as general manager. But after Maccagnan oversaw the hiring of new coach Adam Gase, spent over $120 million in free agency on big-ticket players like Le’Veon Bell and C.J. Mosley and led the Jets’ draft room as they selected Quinnen Williams at No. 3 overall, it appeared that New York was diving confidently headfirst into a Maccagnan-Gase union.

However, behind the scenes, Johnson told reporters, the “synergy” between Maccagnan and his new coach “was not everything I was hoping for.”

Johnson did not confirm that account — “I’m not going to get into a lot of specifics about why we’re moving on from Mike” — but did add that the Jets, under Maccagnan’s supervision, did a “great job” this offseason.

The Jets owner, who took control of the team in 2017 after his brother, Woody, was appointed ambassador to the United Kingdom, went out of his way to say that Maccagnan’s departure was not the result of a power struggle between the GM and his new coach. Both Maccagnan and Gase had denied reports of a rift between the two, as recently as Friday.

“This is more than Mike. It’s more than Adam. This is about the team moving forward,” Johnson said.

Johnson added that, going forward, the power structure will not change, meaning Gase and the GM-to-be-named-later will both report to the owner. Johnson also confirmed that Gase will “assist” in New York’s GM search.

In terms of the type of candidate Johnson is looking for, the owner said the GM must be more than a “talent evaluation guy” and should be a “strategic thinker.”

“I think this is going to be a really attractive job,” Johnson said. “I don’t think we’re going to find any trouble finding a good GM here. I think this is an excellent spot.”