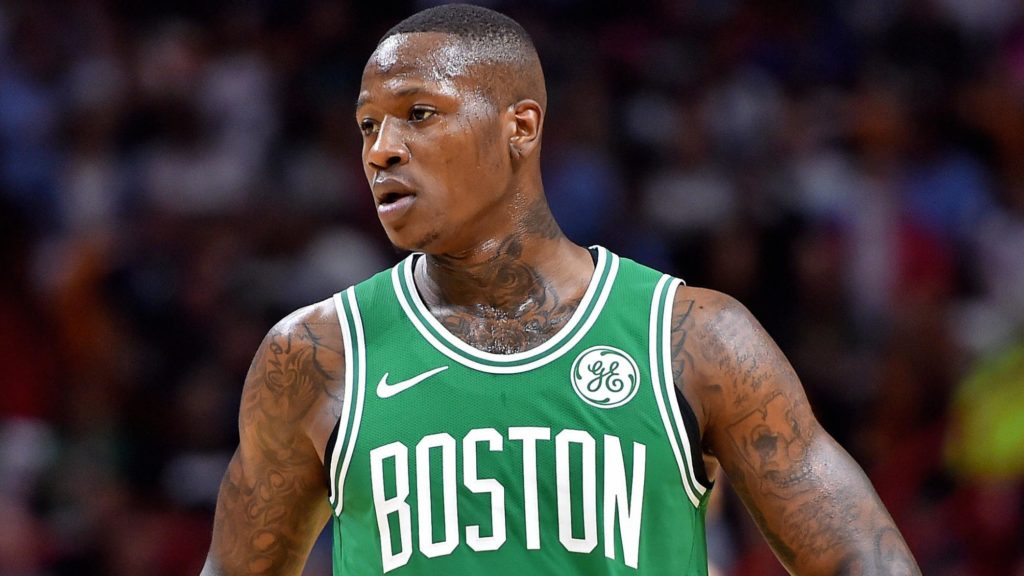 Guard Terry Rozier did not mince words about his future as he spoke on two ESPN morning shows Tuesday. The Celtics’ fourth-year player, who will be a restricted free agent this summer, chimed in on what went wrong for the team and how he’s viewing his future as a free agent.

As a guest on ESPN’s “Get Up,” Rozier told host Mike Greenberg: “I’m looking to just play ball. I don’t care where I go. Obviously the Celtics is the only organization I knew for four years and I love it there. We’ll just have to go from there.”

When asked what he expects this summer, Rozier added, “I expect me to get my chance, whether it’s with the Celtics or it’s anywhere else. I feel like I can be myself and play my game wherever I go.”

He later appeared on ESPN’s “First Take,” and reiterated his stance on his future in Boston. When asked by show host Stephen A. Smith if he’d want to stay in Boston if the rest of the roster were kept in tact, Rozier said, “No, I might have to go. I might have to go. You know, I put up with a lot this year, so, you know, I said what I said after the season, and I think we all know that I’m not trying to step into that again.”

Rozier was a playoff hero for the Celtics in their run to the 2018 Eastern Conference finals, filling in admirably for Boston once All-Star point guard Kyrie Irving was lost for that playoff run because of knee surgery. Rozier started all 19 of Boston’s 2018 playoff games, averaging 16.5 points, 5.3 rebounds and 5.7 assists as the Celtics came within a win of reaching The Finals.

This season, though, it was a different story for Rozier as Irving was healthy and he served as his top backup. After averaging career bests in most categories last season, Rozier saw his individual statistics drop. In talking on “Get Up,” Rozier said the Celtics’ players took to coaching from Brad Stevens and his staff, but failed to execute those messages throughout the season come game time.

“I think we all just felt good about it, like, having practice, in our discussions, you know, film talk. But then every time we get in the game, it’s just like… I wouldn’t say we wouldn’t follow the game plan, but it’ll be different,” Rozier said.

In addition, Rozier cited taking on more of a backup role this season was a big adjustment and called losing minutes to Irving “very difficult.”

“I think anybody that was in my shoes than can go and start and, you know, go to a Game 7 in the Eastern Conference finals and then come back and we have the season that we have this year, I feel like anybody in my position would say it’s tough,” Rozier said.

Overall, Rozier said a season of promise and laced with Finals hopes unraveled quickly for Boston.

Rozier also said after the Celtics’ series loss to the Milwaukee Bucks in the Eastern Conference semifinals that he sacrificed more than anyone else on the team.

“I sacrificed obviously my talent I think the most. Me being out there and giving my full style of play, how I play, how Terry Rozier play, I feel like I couldn’t be that person this year.”

Asked why he couldn’t, he said, “You know, it’s just obviously in the shadow of some guys. I feel like the ball was in Kyrie or Gordon (Hayward)’s hands most of the time, so I feel like either Terry Rozier was just in the corner or, you know, just on the bench.”

Later, Rozier said: “Things was all good before we actually started. I still had the positive mindset that we was going to make it work, but ever since that day that Kyrie announced in front of the fans that, if we would like to have him back, he would come back, things I feel like shifted left for me. I just seen the way people treated me with their attitudes, and I feel like I was just thrown all the way in the back seat. And I just had to adjust to that. I talked to Brad multiple times. I talked to guys multiple times. But I just feel like it was just nothing that nobody could do.”

Boston trudges into a pivotal offseason with Irving and Al Horford holding player options to return for next season while Rozier and Marcus Morris will enter free agency. After a season in which lack of chemistry was a recurrent issue, team president Danny Ainge will have some tough choices to make that will affect the franchise’s long-term future.

Irving, coming off knee surgery, had disagreements in the locker room, particularly with the younger players. During a losing streak in January Irving called them out, saying “the young guys don’t know what it takes to be a championship-level team.”

Stevens said it was clear that expectations weighed on not only Irving but the entire team.

What role did Kyrie Irving have in the Celtics’ playoff exit? “There’s no question. They have TVs. They have phones. They hear everything,” Stevens said. “There’s a lot of pressure to live up to all these expectations, to put on a cape. to do all those things. And that’s hard to do.” Irving, who told a group of season-ticket holders in October that he intended to resign, backtracked on that pledge in February when he proclaimed “Ask me on July 1” after being pressed on his intentions for this summer. It was a far cry from the optimism Kyrie brimmed with at his introductory news conference two years ago. Irving said after the Celtics’ Game 5 series loss to Milwaukee that how this season ended would stay with him. “I’ll never forget something like this,” he said last Wednesday. “The taste of feeling defeat and this type of style, I haven’t felt. For me, it’s just moving on to the next thing and seeing where it ends up.”