Matt Patricia fine with focus on other NFC North teams 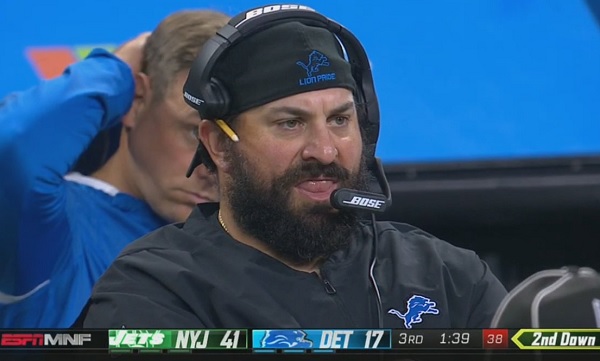 In Matt Patricia’s first season, the Detroit Lions finished the 2018 campaign in the NFC North cellar for the first time since 2012.

Throughout the offseason, the Lions have remained largely ignored compared to their division counterparts. The Chicago Bears, division winners, are expected to take another stride forward under Matt Nagy. The Minnesota Vikings could improve greatly under a new offensive coaching staff and another season with Kirk Cousins under center. And the Green Bay Packers changed coaches to try and get Aaron Rodgers back on fire.

None of the early offseason projections suggest anybody expects the Lions to tear their way through that group in 2019. The focus on other NFC North teams is just fine with Patricia.

The coach joined NFL Network’s Good Morning Football on Tuesday and was asked about other clubs in his division getting pumped up while Detroit gets dismissed.

“I love that. Let’s just keep pumping those guys up,” Patricia said. “I think the Bears are great. I think the Packers are awesome. And obviously Minnesota is over the top. So, that’s perfect. We’ve got a lot of work to do. And those guys are great, so hopefully we’ll be able to hang in there with them.”

The glib comment for Patricia displays a coach getting comfortable in his second season in charge. The Lions’ coach clearly doesn’t care about media projections in May. Nor should he.

After a disappointing opening campaign, Patricia is focused on having a full offseason to continue to install his plans after years in New England.

“The first offseason is kind of crazy. For us and where I was at, in my previous job, coming off the Super Bowl week,” Patricia said of being hired last year after a Super Bowl loss with the Patriots. “Obviously, a disappointing week and you’re thrust into the middle of the offseason program, where a lot of teams are already ahead of you, and maybe they’ve hired coaching staffs and they’ve already made personnel decisions. So you just really feel like you’re really far behind and trying to get everything going in the right direction. So, it was full catch-up mode last year, 100 percent trying to keep your head above water. Like I’ve said, it was like drinking from the fire hose — you’re trying to just hang in there as long as you can.

“But this year has been great. Just have had a chance to settle down, take a look at last season, trying to figure out areas to improve overall, starting with me as a coach and how I can do better. Then to the assistant coaches, then to the roster. So it’s been refreshing from that standpoint.”

The Lions, by nature, will receive less offseason focus than the flashier teams within their division. That’s just fine with Patricia. The only thing that truly matters is where his team ends up in late December.