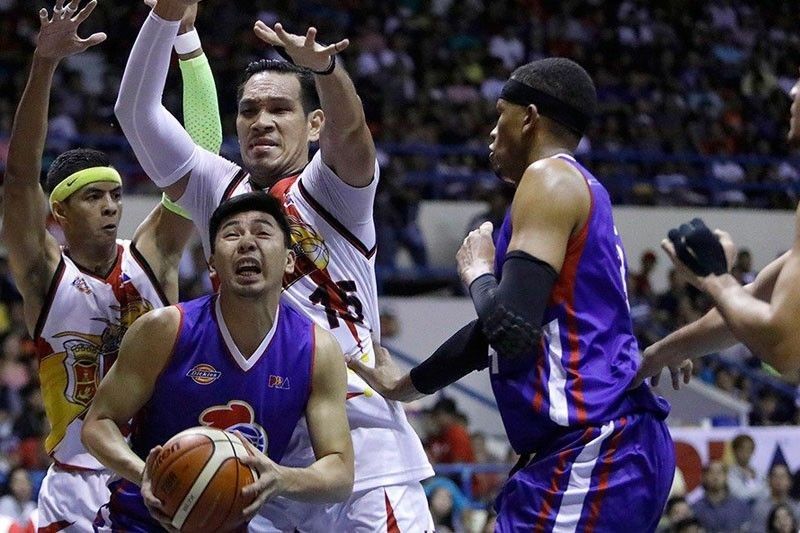 Either way, one team gains a breakthrough at the end of the 2019 PBA Philippine Cup finals Wednesday.

San Miguel Beer earns an all-Filipino five-peat or Magnolia Pambansang Manok scores back-to-back championships as they slug it out in the winner-take-all match in the best-of-seven finale at the Smart Araneta Coliseum Wednesday.

Tip off is at 7 p.m. with the Beermen and the Hotshots fighting for all the marbles after splitting the first six games on a back-and-forth affair.

The Beermen kept the pattern of the series Sunday night, pulling off an emphatic 98-86 triumph to force Game Seven – hailed as the sweetest two words in pro sports.

It’s a real defining moment, a real test of character for the combatants.

“We have a chance to grab it, and the guys are surely going for it,” said San Miguel coach Leo Austria.

“From the start, all we want is a chance. And for as long as there’s a chance, we’ll try to take it,” said Magnolia coach Chito Victolero.

Both sides are confident they have what it takes to win, and it promises a decider to remember.

SMB’s confidence is built on solid foundation, with its star-studded crew that has made winning championships a habit.

But the Hotshots are as confident with their fairy tale ride in the tourney marked by comebacks in the elims, in the quarters and in the semis.

Victolero and his troops have survived no less than four do-or-die games.

Thus both are hopeful but at the same time wary of one another.

San Miguel stretches its reign to five years if the Beermen prevail.

Or Magnolia makes it back-to-back from its Governors Cup triumphant run if the Hotshots pull through. (SB)