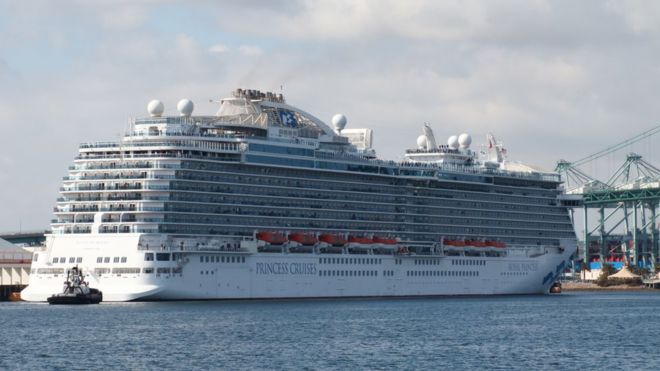 Two seaplanes carrying tourists from the same cruise ship have collided in south-eastern Alaska, with at least four people dead and two missing.

One plane was carrying 11 people when it hit the other, which had five people aboard, near Ketchikan, the Associated Press reports.

Ten of those aboard the first plane survived and were taken to hospital.

Three of those killed were aboard the other aircraft, while it is unclear which plane carried the fourth victim.

Investigators from the National Transportation Safety Board (NTSB) in Washington DC are expected to arrive in Ketchikan later on Tuesday.

Both planes were from the Royal Princess cruise ship which was en route from the Canadian city of Vancouver to the Alaskan city of Anchorage.

The incident occurred in the vicinity of a popular tourist lodge that runs excursions to the nearby Misty Fjords National Monument.

What do we know about the collision?
It happened around 13:00 (21:00 GMT) on Monday, 10 miles (16km) from Ketchikan, as a plane operated by Taquan Air was returning from the Misty Fjords with ten passengers and a pilot aboard, Princess Cruise Lines told CNN. 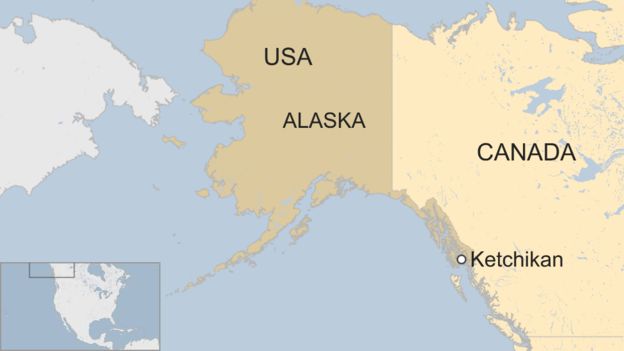 The plane operated by Taquan, a regional airline based in Ketchikan, was a single-engine de Havilland DHC-3 Otter, according to AP.

Coast Guard identified the second plane as a single-engine de Havilland DHC-2 Beaver which, CNN says, was on an independent tour.

Weather conditions in the area at the time saw overcast skies with south-easterly winds of up to 9mph (14km/h).

Vessels in the area helped local and federal rescue services to search for victims.

The ten people taken to hospital in Ketchikan are said to be in “fair or good” condition.

How have the tour operators responded?
The cruise ship, which had departed Vancouver on 11 May and was due to arrive in the Alaskan city of Anchorage on Saturday, did not leave the area as scheduled on Monday, a passenger told AP.

It was unclear how the collision would affect the rest of the cruise.

“We are deeply saddened to report this news and our thoughts and prayers are with those who lost their lives and the families of those impacted by today’s accident,” Princess Cruise Lines said.

“Princess Cruises is extending its full support to traveling companions of the guests involved.”

Taquan Air announced that it had suspended all flights and was working with the NTSB and other authorities to “examine every aspect” of the collision.

“Our focus is on assisting these passengers, the pilot, our staff, their families and loved ones, and first responders,” it was quoted as saying by CNN.