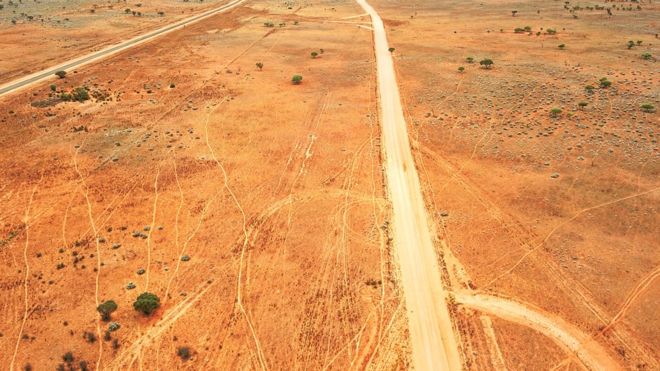 Officials will visit more than 3,000 remote locations before Saturday’s election

In a vast, sparsely populated land like Australia, overseeing an election is a massive logistical effort… particularly when you have compulsory voting.

The task is greater than ever ahead of Saturday’s general election because a record 96.8% of eligible voters have enrolled to cast a ballot.

Most Australians will vote in cities and regional centres, but many simply cannot get to those places. To ensure everyone gets a say, election officials are visiting more than 3,000 remote locations over 12 days.

It’s a sprawling, ambitious undertaking that involves travel by air, sea and land – sometimes to set up a single ballot box.

Here are four of the most challenging locations to reach.

1. Remote indigenous communities
“If we get a request and can fit it, we’ll go out to them,” says electoral officer Geoff Bloom.

His team charters boats, planes, 4x4s and helicopters to visit 200 remote communities in the Northern Territory.

In many indigenous communities, where English isn’t the first (or second) spoken language, an interpreter accompanies the election officials. More than 200 languages are spoken, but his team speaks only the most widely used. 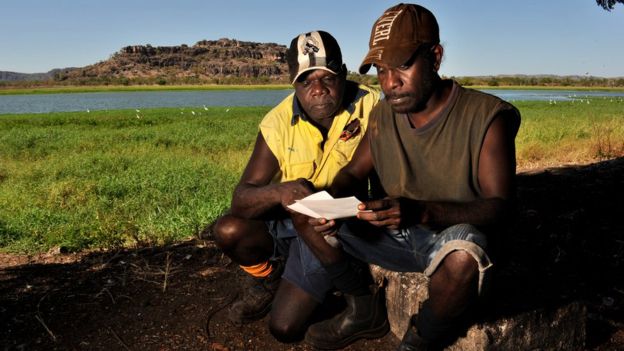 Larger communities have 2,000-2,500 residents; the smallest his team visits are out-stations with four or five homes and just 10 electors on the roll. But they’ll still visit – helicopters travel to up to three communities in a day.

Although voting in suburban Australian towns typically involves a sausage sizzle, in the remote communities he visits, “democracy sausages” are less likely.

“Some [people] are off hunting and fishing when we arrive,” he says.

But nonchalance is less common than engagement: “Often, community members are waiting patiently for us. This is important to them because of the hard-fought right to vote.” 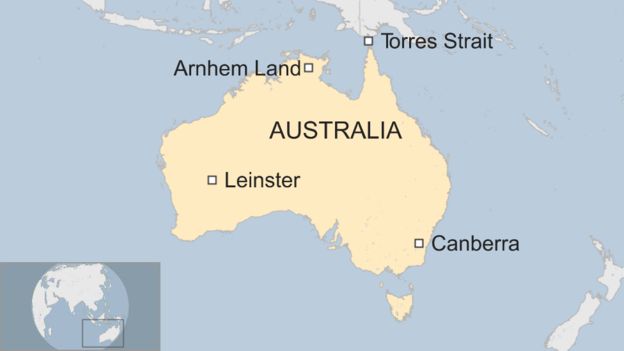 Indigenous Australians weren’t granted the right to vote until 1962, and indigenous enrolment rate today is lower than the general population, at 76.4%.

The Australian Electoral Commission (AEC) has been sending mobile voting teams out to remote indigenous communities since 1984.

The places visited, such as Arnhem Land, are often so remote, postal services are unreliable or not commonly used, which is why AEC representatives undertake remarkable journeys to reach them.

“One of my team recently travelled 100km [60 miles] on a dirt road to a small community,” Mr Bloom says. 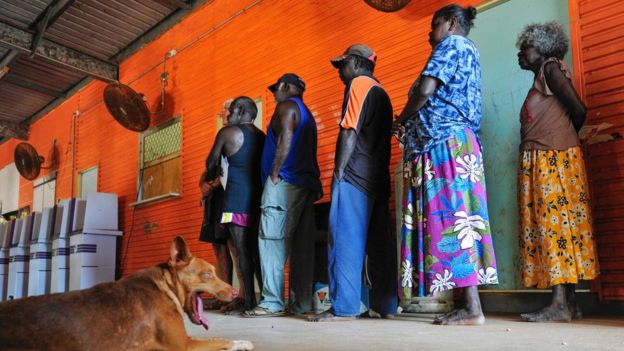 Voters line up in Warruwi, Northern Territory, in 2013

“Torrential rain had washed the road out – rivers ran across it. They still got there – just 90 minutes late.”

2. The Australian election… in Antarctica?
Yes, really. Forty-nine Australian expeditioners are registered “Antarctic electors” in 2019. They’re a mix of technicians, tradespeople and scientists.

More than 500 Australians go south to Antarctica every year. Travel is possible only between October and March, via an icebreaker ship or a plane which lands on an ice runway. 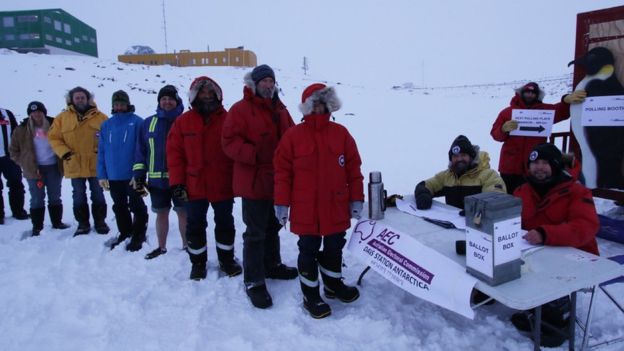 Voting in the Australian general election even takes place in Antarctica

Outside of those months, numbers drop right down; there are currently 74 Australians there. They’ll stay for 12-14 months.

Ballot boxes are already at the stations, which are recognised as official polling places under Australian legislation. At each station, an expeditioner is appointed Antarctic Returning Officer.

Mark Horstman from the Australian Antarctic Division tells the BBC: “There’s no way for ballot boxes to be transported between Antarctica and Australia. The voting procedure is completely paper-based. Once the poll closes, the returning officer reads each vote over the phone.”

3. Ferrying ballot boxes to exotic islands
There are at least 274 Torres Strait islands off Australia’s northern coast; 17 are inhabited.

A total of 4,231 Torres Strait Islanders have registered to vote this year. That’s 16 more than in the 2016 election.

Officially, the islands are part of Queensland – so AEC staff travel out to many of these islands, too. But before they do, they must write to the traditional owners of the land and ask permission to visit. 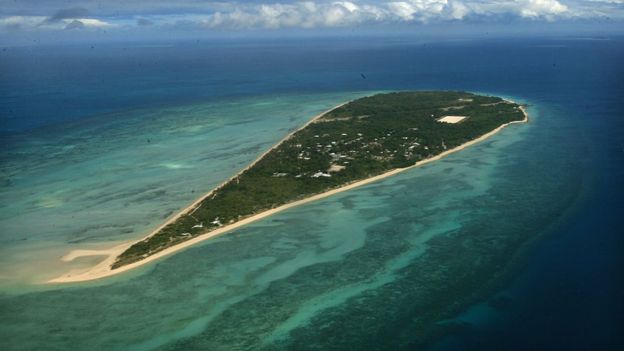 Masig Island, one of an estimated 274 Torres Strait islands

It’s granted with enthusiasm, says David Stuart, who runs the indigenous electoral participation programme, and says three teams will head out by boat and helicopter.

And they face particular challenges when they’re there.

“When you’re flying around, they look picture postcard perfect. But on the ground they can be very tropical, windswept and absolutely torrential. We have to waterproof everything.”

To give a sense of how far the islands are from metropolitan Australia, from some of the more northern ones, he says, you can actually see Papua New Guinea.

4. Farmers, miners and… dingoes
It isn’t just indigenous communities that are remote in Australia – the AEC also sends out representatives to rural farms and mining sites such as Leinster – a remote mining village of 500 residents, 1,000km north-east of Perth. Only employees of mining company BHP live there.

According to Mr Bloom, fewer miners attend polling booths than used to be the case: “The postal vote tends to be their preference, so we’re not mobile polling them as much these days.” 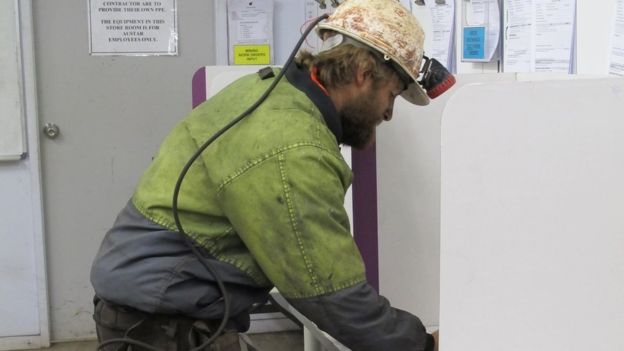 They could be missing out on election day fun, though.

“One of my team leaders was setting up in central Queensland and a dog was under the table,” Mr Bloom says. “They set up the booth around it, not wishing to wake it from relaxing in the sun.

“Then suddenly someone shouted, ‘There’s a dingo under the table!’ The issuing officer jumped up and knocked the electronic tablet into the dirt!

“As far as voting options go, we’re one of the most open and accessible systems in the world,” says the AEC’s Evan Ekin-Smyth.