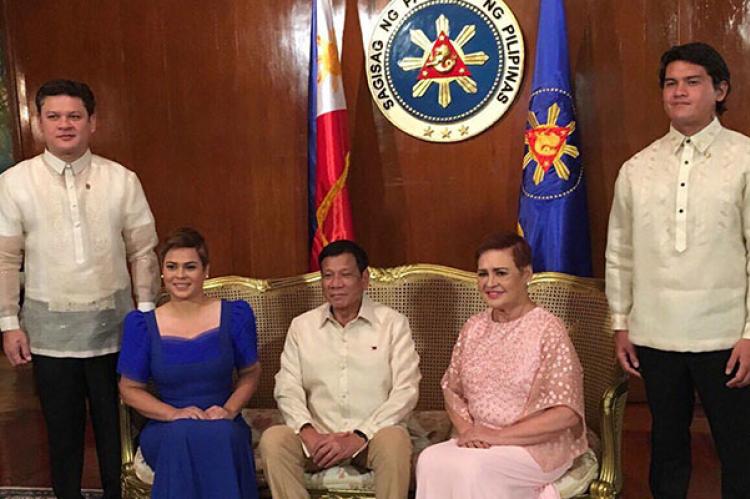 MANILA, Philippines — Davao City remains the stronghold of the Duterte family as three of the President’s children emerged as apparent winners in the midterm elections.

Incumbent Mayor Sara Duterte-Carpio dominates the mayoral race with 551,393 votes while her independent rival Jun Marcellones only got 3,853.

Her younger brother, Sebastian Duterte, is running unopposed as vice mayor of the city.

Under the law, unopposed candidates only need a single vote to assure victory. The Commission on Elections’ (Comelec) partial and unofficial results showed that he garnered around 3,247 votes as of 6:23 p.m. Monday.

President Duterte served as mayor of Davao City for seven terms or 22 years.

Despite their staggering victory, President Duterte advised his children to get out of politics, citing “paid hacks” and “hyenas” in the media that will spread lies against them.

“The earlier that they go out of politics the better. And Inday, I am publicly warning her. The presidency will not educate you, it will just destroy you,” the President said in an interview after casting his vote on Monday.

“Especially with the kind of media ngayon (today), paid hacks, mga hyena. And they themselves know that they are dishing lies,” he added. (Editor: Eden Estopace)