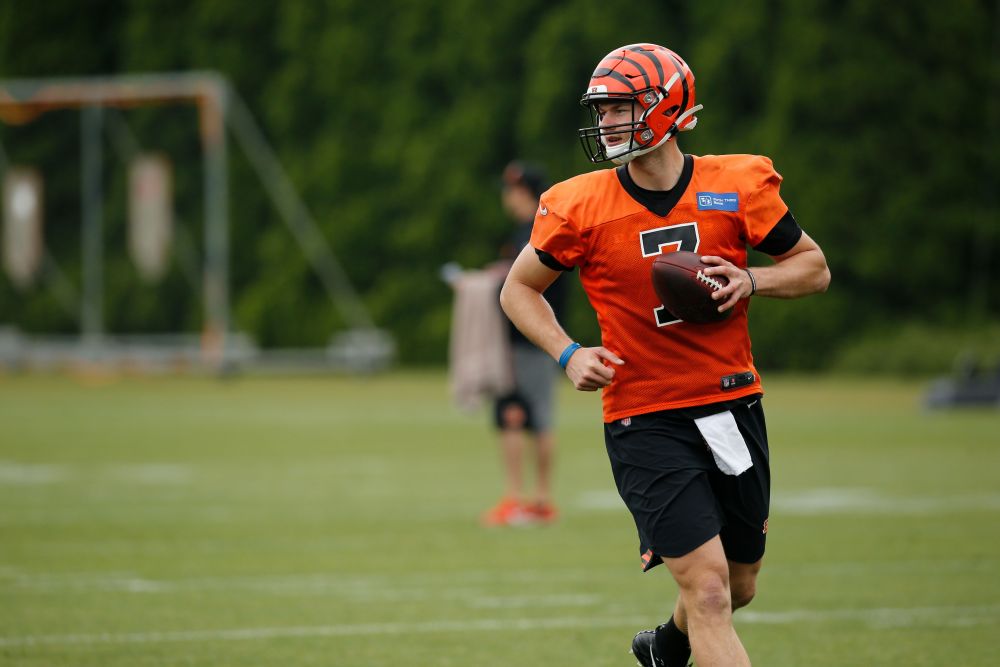 Mark Walton is getting a second chance in a familiar locale.

The Miami Dolphins signed the embattled running back on Sunday after hosting Walton for a tryout. Miami also signed center Kirk Barron and cornerback Jamar Summers.

Walton, a fourth-round pick of the Cincinnati Bengals in 2018, was waived in early April following three arrests within a year of entering the league.

The 21-year-old was invited to Miami’s rookie minicamp this weekend for a tryout and told reporters on Saturday that he was thankful for the opportunity.

“I’m trying to leave an impression on the coaches. I’m trying to leave a lasting mark on them,” Walton told reporters, per the South Florida Sun Sentinel. “I can’t really say too much about the other stuff [off] the field. But I know what I got to do while I’m here. That’s all I can talk about right now.”

Here are the other notable transactions from Sunday:

1. Less than a week after losing his job in Jacksonville, Cody Kessler has found a new club. The 26-year-old quarterback is signing with the Philadelphia Eagles on Monday, a source told NFL Network Insider Ian Rapoport on Sunday.

In three seasons with the Jaguars and Cleveland Browns, Kessler has logged 12 starts in 17 games, completing 64.2 percent of his passes for 2,215 yards, eight TDs and five picks. Kessler will back up Carson Wentz and compete with Nate Sudfeld, Clayton Thorson and Luis Perez for a roster spot in Philly.