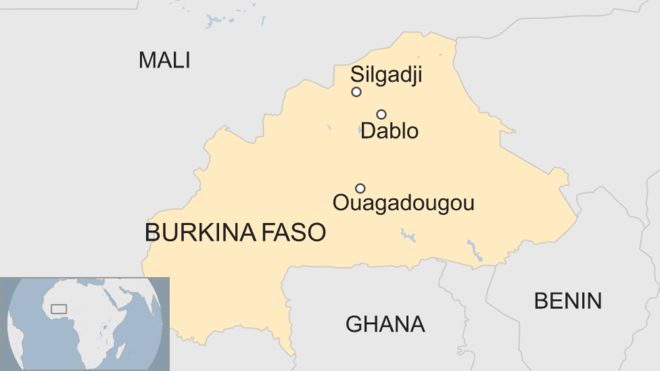 Gunmen have killed six people including a priest as Mass was being celebrated in a church in Dablo in northern Burkina Faso, officials say.

The attackers, said to number between 20 and 30, then burned down the church.

The town’s mayor, Ousmane Zongo, said that there was panic as other buildings were burned down and a health centre looted.

Jihadist violence has flared in Burkina Faso since 2016, and this is the third attack on a church in five weeks.

How did the attack unfold? It began at about 09:00 (GMT and local time), during Mass. The mayor of Dablo, Mr Zongo told the AFP news agency: “Armed individuals burst into the Catholic church… They started firing as the congregation tried to flee. “There is an atmosphere of panic in the town. People are holed up in their homes, nothing is going on. The shops and stores are closed. It’s practically a ghost town,” he said. Security sources told AFP that reinforcements were being sent from Barsalogho, some 45km (30 miles) to the south. A local journalist told the BBC those killed included church elders and that residents were angry that soldiers in a nearby base did not respond promptly. Who could be behind the attack? Islamist groups have been blamed for a number of attacks in the West African nation in recent years. Fighters affiliated to al-Qaeda and the Islamic State group as well as the local Ansarul Islam have been active in the region. Last month, attackers targeted a Protestant church in the town of Silgadji, killing at least six people And earlier in April, four people died when a Catholic church was attacked in a nearby village, the bishop of Dori in northern Burkina Faso told Vatican news agency Fides. 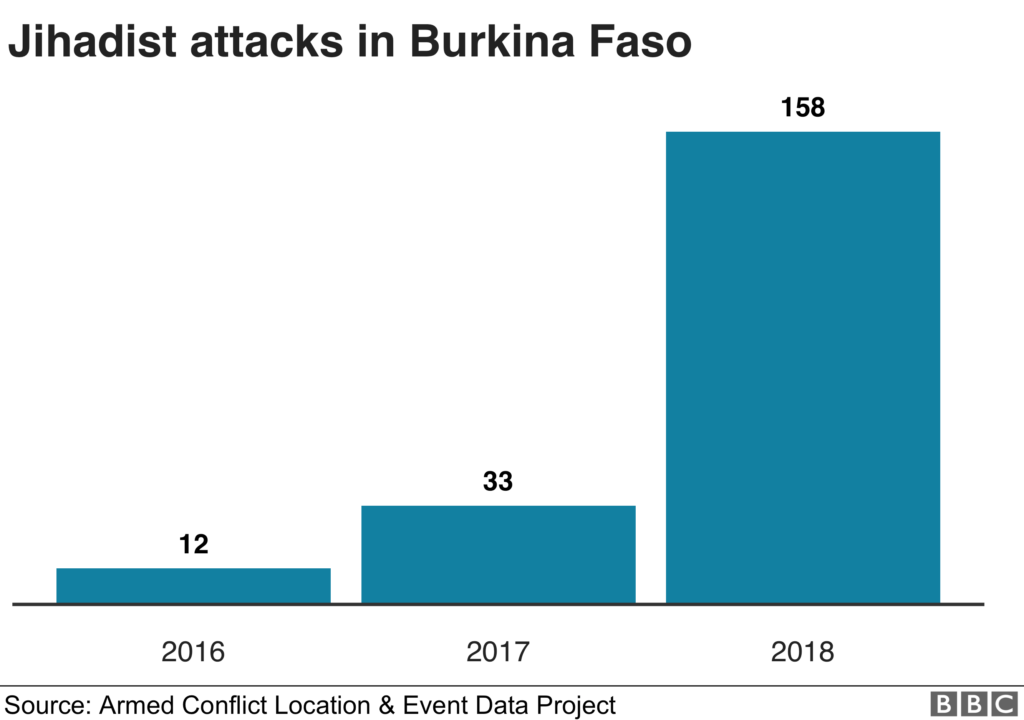 Schools and teachers have also been targeted by the groups, who are opposed to Western education.

It is believed the four – two French citizens kidnapped in Benin, a South Korean and an American – were being driven to Mali to be handed over to the militant group, Katiba Macina. Two French soldiers died during the mission.

What’s the wider picture?
Burkina Faso is among countries in the vast Sahel region battling Islamist insurgencies in the region.

It formed a regional force, G5 Sahel, along with Niger, Chad, Mauritania and Mali to take on the militants.

In January, PM Paul Kaba Thieba resigned amid growing pressure over a rise in kidnappings and jihadist attacks, and Christophe Joseph Marie Dabiré was named his replacement.

France, a former colonial ruler in the region, has some 4,500 troops in four nations carrying out a mission codenamed Barkhane to counter jihadists.

The war in the desert: Why the Sahara is terror’s new front line