PARIS: Flaring tensions between Washington and Beijing are raising the prospect of new global diplomatic and economic fault lines, with consequences that analysts say could pose unfamiliar challenges to world leaders.

From an escalating trade war to an influence struggle in the South China Sea, “we’ve entered a period of strong and long-term rivalry between the United States and China,” said Alice Ekman of the French Institute of International Relations (IFRI).

President Donald Trump’s combative stance, highlighted by the new round of import tariffs imposed this week, has upended decades of cautious statecraft in the West aimed at coaxing China to join the global order. 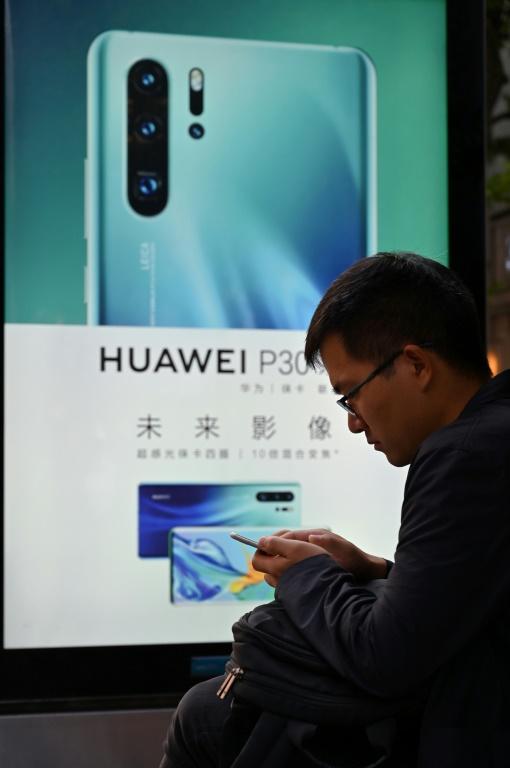 There are plenty of other areas for confrontation, such as China's growing technological might, in particular its prowess with ultrafast 5G cellular networks. (Photo: AFP/Hector Retamal)

“A paradigm shift in America’s China policy is under way, with major implications for the world’s most important bilateral relationship and, more importantly, for global security,” said Brahma Chellaney of the Centre for Policy Research in New Delhi.

The fallout could prove long-lasting, requiring countries in Europe, Asia and Africa to rethink how they engage with two diametrically opposed superpowers.

“The profound policy shift under Donald Trump will outlast his presidency because it reflects a bipartisan consensus in Washington that the earlier policy of ‘constructive engagement’ with China had failed,” Chellaney said.

For Trump, “the fatal error was letting China join the World Trade Organisation in 2001,” said Jean-Francois Di Meglio of the Asia Centre research and advisory firm in Paris.

“Before then, we had a Chinese administration that played the game on westernising, which led the United States and the EU to say, ‘Let’s give them more than the benefit of the doubt, let’s open the door and give them developing country status’,” he said.

“China saw it has a huge victory. And 2001 is when its trade surpluses exploded and Beijing’s currency reserves got so huge.”

So far, Trump’s moves haven’t had any major negative consequences for the US economy, but analysts say the fallout from their escalating rivalry could eventually be felt worldwide.

“Humiliating the Chinese … means exposing his successors to a huge problem with China, which isn’t North Korea or any other country that can be pushed around without major repercussions,” Di Meglio said.

And even if their trade war doesn’t escalate further, there are plenty of other areas for confrontation, such as China’s growing technological might, in particular its prowess with ultrafast 5G cellular networks.

Beijing’s Belt and Road Initiative of infrastructure and trade development across Asia and Africa and even into Europe will also keep tensions simmering.

Yet analysts contacted by AFP played down the risk of a “Thucydides’s Trap” as envisioned by American political scientist Graham Allison.

The concept refers to a rising power inspiring fear in an established power that leads to outright war.

Nonetheless, the antagonism will force other nations to move carefully on a more delicate geopolitical chessboard.

“In the long term, it’s possible to envisage the emergence of two rival poles” and “two distinct forms of globalisation,” said Ekman.

“The polarisation of international relations would provoke a new form of competition over infrastructure networks, standards, international institutions, et cetera,” she said.

Di Meglio added that European firms hoping to win Chinese contracts might be told they have to replace sensitive technologies or components that might later be used by Americans.

“Imagine that happening with phones, or cars, in any number of industries, and you’d have the world splitting along lines we can’t foresee – would they occur in Germany? In Central Europe? In Central Asia?” he said.

In effect, nations might be forced to pick sides, aligning themselves with either the US or China.

“Other countries would have a choice of options that would be influenced by their political preferences, their geographic proximities, and their economic vulnerabilities to one of the two countries,” Ekman said.