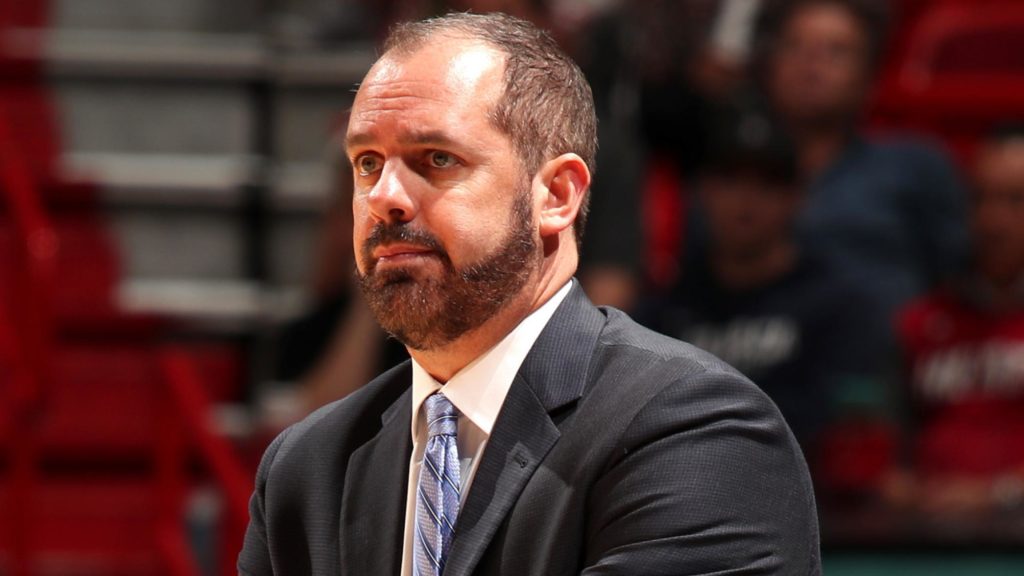 Former Magic and Pacers coach Frank Vogel has agreed to become the new head coach of the Los Angeles Lakers, according to ESPN’s Adrian Wojnarowski.

Frank Vogel has agreed to a deal to become the next coach of the Los Angeles Lakers, league sources tell ESPN.

Vogel interviewed for the position on Thursday and reportedly left a good impression on general manager Rob Pelinka. Tania Ganguli of the Los Angeles Times reports that Jason Kidd will join Vogel’s staff as an assistant coach.

The 45-year old Vogel did not coach last season following two years with the Orlando Magic. He arrived in Orlando following five-plus seasons leading the Indiana Pacers, including two trips to the Eastern Conference finals in 2013 and ’14.

Former Memphis Grizzlies coach J.B. Bickerstaff interviewed with the Lakers on Thursday, according to reports.

A little more than a week ago, the Lakers were thought to be close to reaching a deal with former Cleveland Cavaliers coach Tyronn Lue. However, Lue pulled out of talks with the Lakers for the job, reportedly declining the team’s three-year, $18 million offer to coach there.

The Lakers have been without a coach since Luke Walton and the team agreed to part ways shortly after the 2018-19 season ended.