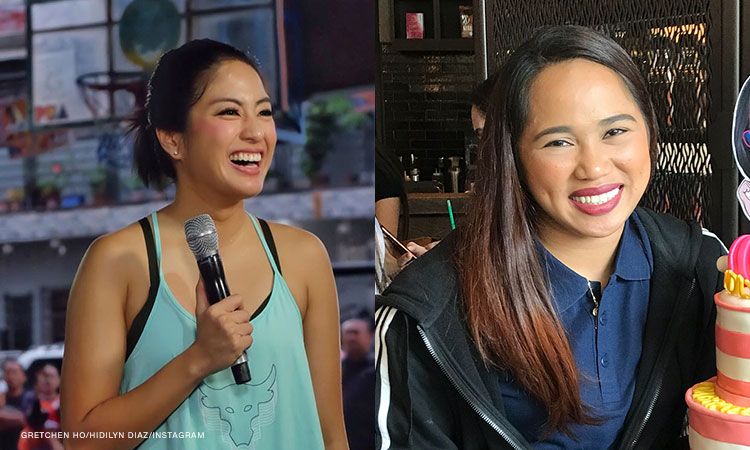 Metro Manila (CNN Philippines, May 10) — Malacañang on Friday clarified that sports-lifestyle TV host Gretchen Ho and Olympic weightlifter Hidilyn Diaz are not part of any destabilization plot against the administration.

Presidential Spokesperson Salvador Panelo said it was “unfortunate” that the media and public “assumed” and “zeroed in” on the two’s supposed inclusion in the newly-released matrix.

He said the two were only shown in the diagrams to reflect the social interests of Rodel Jayme, the self-confessed webmaster of MetroBalita.

“The issue at hand is a PowerPoint slide, entitled “Rodel Jayme of Metro Balita,” showing the registered Facebook account or profile of Rodel Jayme. Just by the obvious title of the slide, one can deduce that the subject of its concern is the person of Mr. Jayme,” Panelo said in a statement.

“The diagram contained in said slide includes other accounts Mr. Jayme is actively following, to visualize his character, as well his political and social interests. It is in this context that the names of Mses. Ho and Diaz appeared,” he added.

Panelo on Wednesday presented a new, bigger “matrix” in a white cartolina, where profiles of personalities allegedly working against President Rodrigo Duterte’s administration were plotted.

Netizens were quick to spot the photos of Ho and Diaz, which were both linked to Jayme’s main profile. The sports personalities have denied any involvement, and just brushed the issue off upon hearing the report.

The spokesperson explained that the diagram only meant to display the various profiles Jayme has been following– to prove that his social media account is real.

Malacañang on Wednesday specifically tagged the Liberal Party, Magdalo Group, and a number of media outlets in the supposed ongoing plot to discredit the administration. Those implicated have since denied the accusations.