Thailand: Tropical bay from 'The Beach' to close until 2021 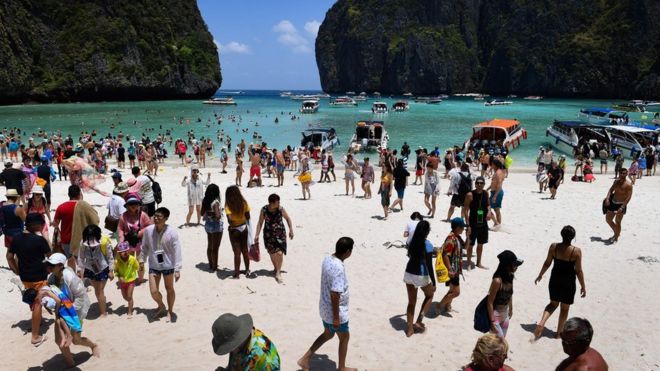 A Thai bay that was made iconic by its appearance in the film The Beach is to remain closed until 2021.

Maya Bay, on the island of Phi Phi Leh, was temporarily closed last year after a sharp rise in the number of visitors had severely damaged the environment.

Before the closure, up to 5,000 tourists were visiting the bay every day, causing most of its corals to die.

Authorities have now the extended the ban on visits by two years to give more time for Maya Bay’s ecology to recover. 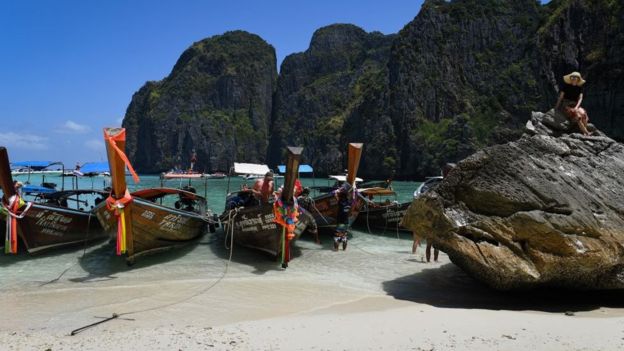 The beach featured prominently in the 2000 film of that name, starring Leonardo DiCaprio.

Since the bay closed last year, blacktip reef sharks have been sighted swimming in the waters of the bay.

Prof Thon Thamrongnawasawat, who advises the Thai department of national parks, told the BBC in January that when the park reopens the number of visitors will be restricted and boats will be banned from mooring within the bay’s waters.

Local tourism operators have said they rely on the beach.

The head of the local tourism association, Wattana Rerngsamut, told AFP that there should be public hearings “so that local people can earn a living”.