On Basketball: Has Kyrie played his last game for Celtics? 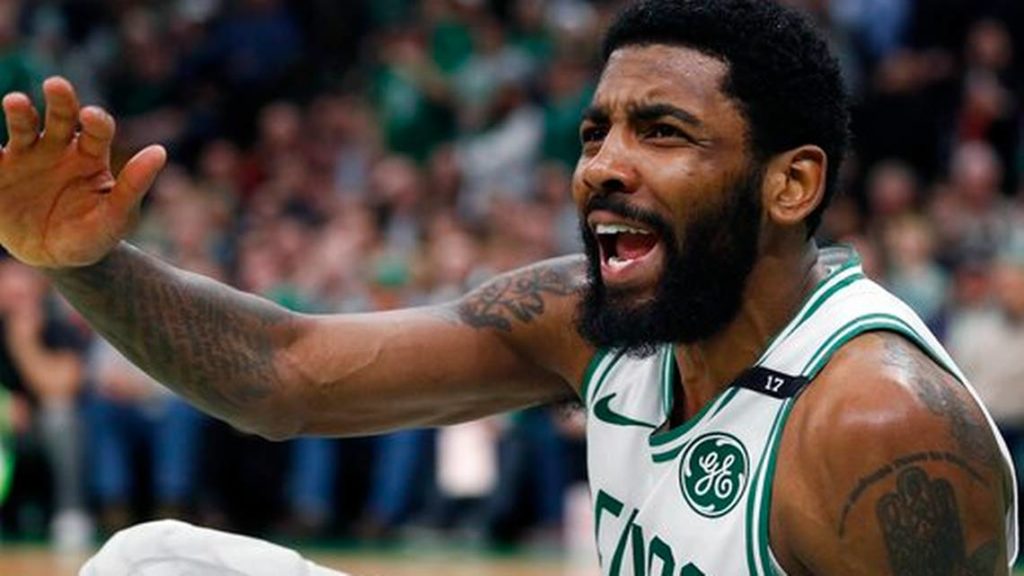 Boston Celtics’ Kyrie Irving looks for a foul call against the Milwaukee Bucks after attempting a shot during the second half of Game 3 of a second round NBA basketball playoff series in Boston, Friday, May 3, 2019. MICHAEL DWYER AP PH

When the buzzer sounded in Milwaukee on Wednesday night, the question immediately became this: Has Kyrie Irving played his last game for the Boston Celtics?

He’s now in the place that other big names like Kevin Durant, Jimmy Butler, Kawhi Leonard and Klay Thompson all will be whenever their respective seasons end, whether that happens with a playoff defeat, or with an injury — Durant left Game 5 of Golden State’s Western Conference semifinal series against Houston on Wednesday night with a right calf strain — or with their fingerprints smudging the golden surface of the Larry O’Brien Trophy.

They will all hear some version of the question that Irving got.

Free agency doesn’t technically start until July 1, but in actuality it began for the superstar point guard with 8:40 left in the fourth quarter of Game 5 — when he checked out for the last time in what capped Boston’s ousting from the Eastern Conference semifinals by the Milwaukee Bucks. He has a player option for next season, one that would pay him about $21 million. No one expects him to pick up that option.

Irving got the question a number of different ways Wednesday night, and his defense was stellar. No hints, whatsoever.

“I’m just trying to make it back to Boston first, safely,” Irving said. “Get to see my family. Decompress. Do what human beings do.”

This will be a seismic free-agent summer in the NBA and everyone has known this was coming for some time. Durant, Butler, Leonard, Thompson, Irving and Kemba Walker all may sign deals worth well over $100 million apiece. Combined, the total value of those six looming contracts could flirt with $1 billion if everyone involved decides to max-out and not take shorter-term deals.

The New York Knicks might have close to $75 million in salary-cap space, more than enough to potentially land Irving and Durant.

The Los Angeles Clippers could have close to $60 million. Brooklyn, Dallas, Atlanta and Indiana might have about $50 million apiece. The Los Angeles Lakers — even with LeBron James’ big contract and a coaching search that has gone from slow to stuck — have more than enough to add some major names.

It will be wild, starting with lots of eyes on Golden State. Questions about Durant leaving have percolated all season and will only pick up between now and July 1. Thompson’s future has been the source of much debate. Imagine: The Warriors could win their third straight title and fourth in five years, and they might break up anyway.

Butler will take a long look at signing elsewhere, and he might start hearing ‘the question’ as soon as Thursday when Philadelphia now on the ropes against Toronto. Leonard’s future with the Raptors may be tied to how deep they go in the playoffs. Walker’s situation in Charlotte hinges on the size of the offer the Hornets make to keep him.

Irving tried to make all the chatter about his future go away in early October, when he stole the show at a preseason event for Celtics fans at the team’s arena in Boston. He grabbed the microphone, walked toward midcourt and delivered a sentence that is going to get replayed a lot over the next eight weeks.

“If you guys will have me back, I plan on re-signing here,” Irving said.

Doesn’t seem so iron-clad now. And truth be told, the Celtics might be thinking they’re better off without Irving anyway given how they went deeper in the playoffs with him sidelined last season and his struggles over the last four games of the Milwaukee series. They were 35-19 at one point. They went 19-18 the rest of the way. They went 14-17 in Irving’s last 31 appearances. They were 12-3 when he didn’t play this season.

Irving won’t be taking a whole lot of questions — if any — over the next few weeks about his future. He knows what would be asked. All that matters now is his answer.