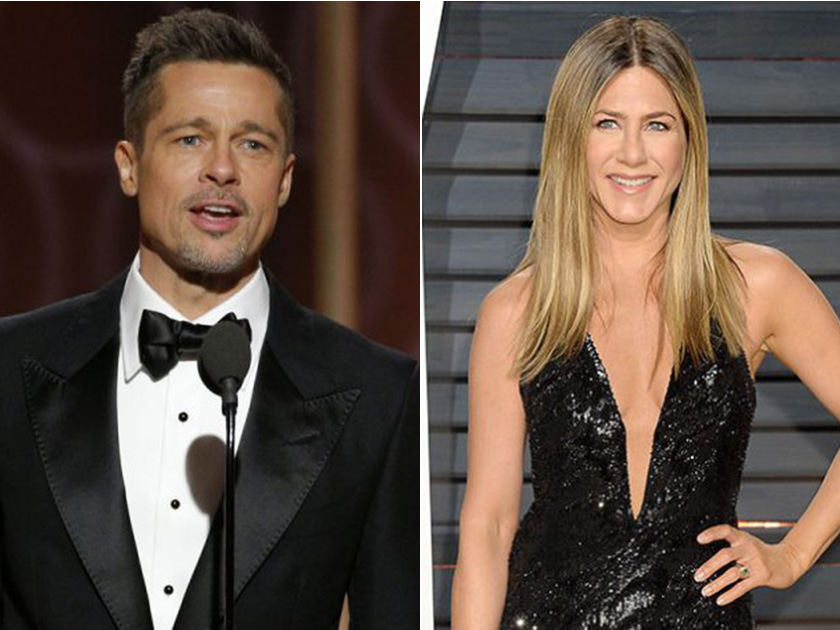 The Brad Pitt and Jennifer Aniston dating rumors have been going around for a while and now, the actor is finally acknowledging them! Here’s what Brad had to say about it!

When asked if he would ever reunite with his ex, the actor had a perfect answer.

People have been waiting for a really long time for one of them to address this and one paparazzo was able to finally get a response from Brad!

The father of six was out and about in Los Angeles, CNN reports, when the man asked him as he was walking to his car: ‘I gotta ask you, everyone wants to know, are you and Jen getting back [together]?’

His reaction to hearing this was priceless! Obviously very annoyed, he said: ‘Oh my God. All right, have a good one.’

Since he completely dismissed the question and was so exasperated to hear it, the answer is clear – there is no truth to the rumors and Brad is sick and tired of hearing them in the media and online.

The exes have actually been surprisingly close despite how their romance ended, which is also why people have been holding onto the hope that they will end up rekindling their romance one day.

But the truth seems to be that they are just pals who occasionally text and attend each other’s birthday parties!

Speaking of, the fact that he was at Jennifer’s 50th birthday bash back in February only added to the reunion speculations!

Not to mention that they are both divorced now so the timing would be great if they wanted to give their romance another chance.

While they’ve proven there are no more hard feelings between them, fourteen years seems a long time for feelings to still be there so it makes sense they’re not considering getting back together.