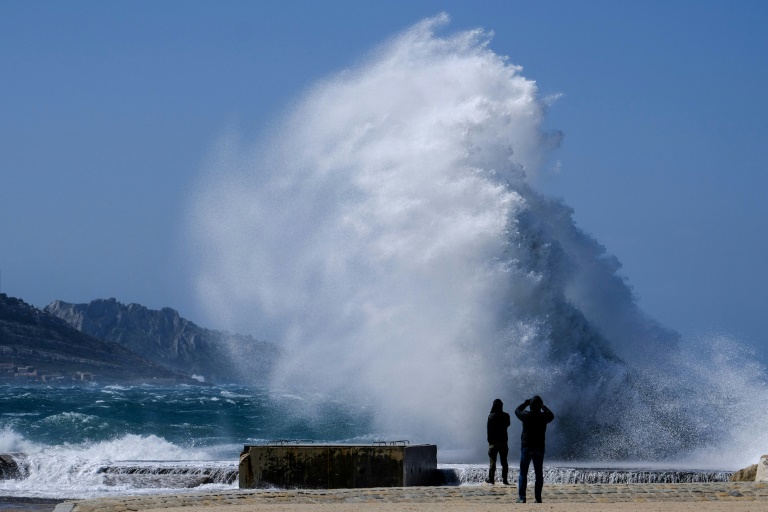 Violent Mistral winds battered southern France with record speeds of up to 138 kilometres per hour.

ROME: Two people died and another person went missing on Sunday (May 5) as high winds and heavy rain pummelled Italy and neighbouring France.

In Sicily, an unexpected gust of wind killed a 65-year-old German kitesurfer on the Islands of the Stagnone nature reserve, smashing him against a parked car as he tried to go into the sea, Italian media reported.

He was not wearing a buoyancy device or helmet despite the authorities recently making them mandatory for kitesurfers.

A Romanian man was missing in the waters of the canal between Mincio and Pozzolo in northern Italy after he and four of his countrymen ended up in the water during a fishing trip.

The anglers’ car rolled into the water early on Sunday morning after they sought shelter from the bad weather and fell asleep reportedly without the handbrake on.

Emergency services scoured the waters in boats despite heavy rain after all but one of the men was rescued.

n France meanwhile, a German tourist in her sixties was swept away by waves on the island of Corsica as violent Mistral winds battered the region with record speeds of up to 138 kilometres per hour, officials said. Up to 30 centimetres of snow fell in the Dolomite mountains of northeastern Italy, with temperatures plunging to unseasonal levels. Anything above 700 metres was blanketed in white, and the avalanche warning level was raised to three out of five. Three French mountaineers were rescued from Monte Rosa in the Alps at around 4,000 metres altitude as temperatures fell as low as -15 degrees Celsius (five degrees Fahrenheit), Italian media reported. Wind and rain further south also destroyed vineyards and greenhouses and flooded fields in the northern regions of Lombardy and Emilia Romagna, farmers’ union Coldiretti said. It estimated the loss of young fruit at a sensitive time of year at millions of euros.