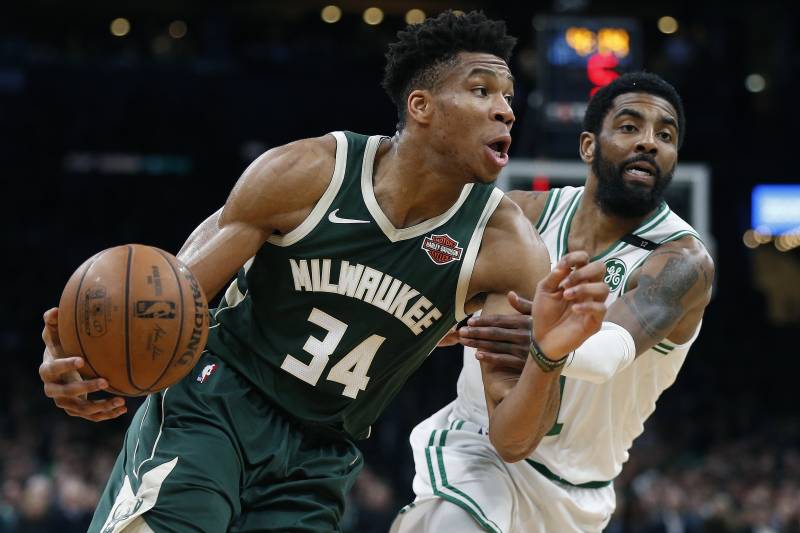 After an ugly performance to start the Eastern Conference semifinals, the Milwaukee Bucks appear to be back on track following a 123-116 victory over the Boston Celtics in Friday’s Game 3 to take a 2-1 series lead.

After setting a franchise playoff record with 20 made three-pointers in Game 2, the Bucks look like a team that led the NBA with 60 wins during the regular season. Head coach Mike Budenholzer’s system and adjustments have caused all sorts of problems for Boston.

Giannis Antetokounmpo set the pace for Milwaukee with 32 points, 13 rebounds and eight assists. George Hill turned in his best game of the playoffs with 21 points on 9-of-12 shooting. Pat Connaughton had another strong showing off the bench with 14 points on 4-of-9 three-point shooting.

Kyrie Irving continues to struggle in the series. Boston’s All-Star finished with a team-high 29 points but made just eight of his 22 attempts. Jayson Tatum had a double-double with 20 points and 11 rebounds in defeat.

Head coach Mike Budenholzer showed his ability to adjust quickly after Milwaukee’s Game 1 loss. He didn’t make wholesale changes, but the defense played much better in Game 2 because they started switching more regularly.

Since we know the Bucks coach is willing to make changes for the benefit of his team, the next one that should happen is Connaughton and Hill being featured even more than they already are.

Eric Bledsoe had a strong showing against Boston in Game 2 with 21 points on 7-of-12 shooting. Any optimism that the Bucks point guard figured things out versus the Celtics in the playoffs was undone in Game 3. He finished with nine points and four turnovers in 27 minutes.

ESPN.com’s Malika Andrews broke down what Bledsoe did following the 2018 playoff loss to the Celtics:

“In the days after the Bucks fell to the Celtics in Game 7 last season, Bledsoe spent a lot of time watching film. He didn’t watch film of Rozier splashing a clutch 3-pointer over him in Game 1, or film of Rozier scoring 23 points in Game 2, or the interview in which Rozier accidentally referred to Bledsoe as “Drew.” Those things, particularly Rozier’s 3, are seared into his memory.”

Despite being seared into his memory, it doesn’t appear to have helped Bledsoe up his game this time around.

Connaughton, on the other hand, is turning into a key piece for the Bucks in this series.

The local kid — Pat Connaughton – is keeping Milwaukee in this one. Has 3 trifectas and 11 points as Bucks trail Boston by 5 late in the first half.

Connaughton helped keep the Bucks close after they fell behind by 11 points midway through the second quarter.

Just as important as Connaughton’s offensive contributions in the past two games has been his defense. “It’s great when we have a little pop off the bench,” Budenholzer told reporters about the former Notre Dame star after Game 2 against the Detroit Pistons. “I love the pop he gives us defensively.” If you just look at plus-minus, Connaughton and Hill finished Game 3 a combined plus-14. Bledsoe had the worst mark of any Bucks player at minus-nine. Hill has been incredible, shooting 16-of-26 through three games against Boston. His 29 minutes in Game 3 were his most since April 4 against the Philadelphia 76ers.

There may come a time when Bledsoe goes back to being an essential piece of Milwaukee’s rotation in the playoffs. It’s not right now, especially with Connaughton or Hill able to take his spot on the floor and improve the overall quality of play for the NBA playoffs’ top seed.