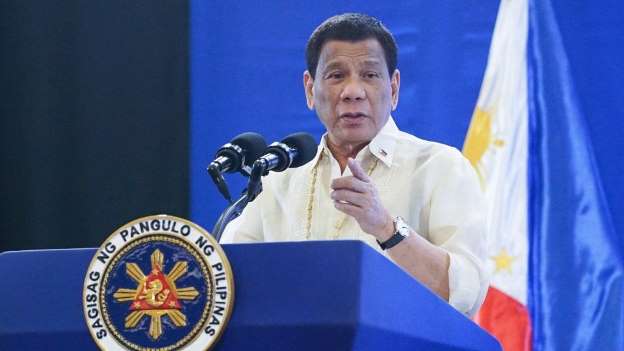 MANILA – President Rodrigo Duterte arrived Wednesday night in China for the second Belt and Road Forum, an official visit where he is also set to meet with his Chinese counterpart Xi Jinping.

Duterte, who arrived at the Beijing International Airport at 7:40 p.m., is on his fourth visit as Philippine president in China in his nearly 3-year presidency.

The 74-year-old leader is expected to push for Manila’s interests in Beijing’s Belt and Road Initiative, which seeks to to link China with Africa, the rest of Asia, and Europe through a network of ports, railways, roads and industrial parks.

The Chinese global infrastructure plan, if fully realized, could set the stage for the world economic landscape in the years to come.

“It’s a chance for the Philippines, for President Duterte to participate in this broad platform for economic development and regional cooperation,” Philippine Ambassador to China Chito Sta. Romana said in a press briefing Wednesday morning.

The Department of Foreign Affairs earlier said at least 5 agreements are on the table with China covering areas of education, anti-corruption, official development assistance, and drug rehabilitation.

Duterte might also raise Manila’s concerns over the growing presence of Chinese vessels in the West Philippine Sea, the country’s exclusive economic zone in the disputed South China Sea, according to Malacañang.

This as the days leading to Duterte’s trip to China have been overshadowed by tensions between Filipinos and Chinese in the disputed waters due to sightings of Beijing ships near Pag-asa Island, Kota Island, and Panata Island. Filipino fishermen have also reported mass harvesting of clams by the Chinese in the Scarborough Shoal.

Duterte first set foot in China as president in a state visit in October 2016 and again in May 2017 for the first Belt and Road Forum.

His third visit was in April last year for the Boao Forum, which Manila also hosted for the first time this year on Monday.