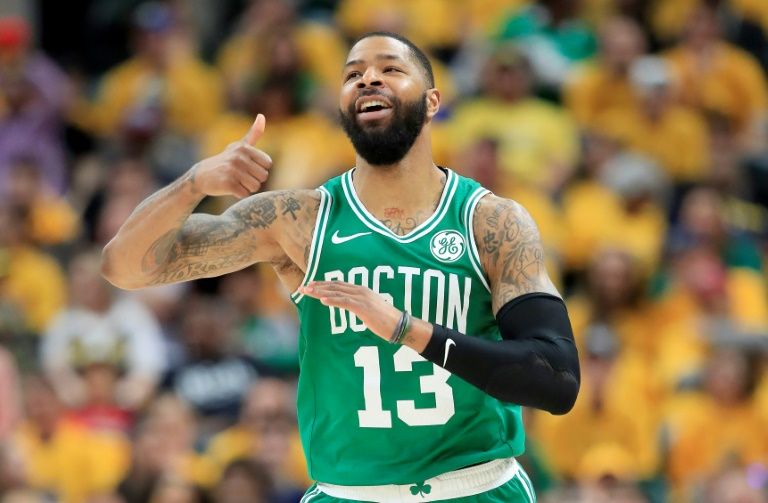 Gordon Hayward scored a team-high 20 points as the Boston Celtics defeated Indiana 110-106 on Sunday to complete a first-round NBA playoff sweep of the host Pacers.

The Celtics captured their first best-of-seven series sweep since 2011 and advanced to a second-round matchup with either the Milwaukee Bucks or Detroit Pistons.

“Any time you 4-0 a team, you feel great,” Hayward said. “We’re going to heal up a little bit and be ready for the next round.”

The Bucks, who had the NBA’s best regular-season record, own a 3-0 series edge on Detroit and can complete a sweep of their own on Monday.

Hayward came off the Boston bench to lead seven double-figure scorers, hitting 7-of-9 shots from the floor and all three of his 3-point attempts.

Marcus Morris, another reserve star, scored 18 points and grabbed eight rebounds for the Celtics, who won despite poor shooting from top stars and 16 turnovers.

Jayson Tatum had 18 points and eight rebounds, going 4-of-10 from the floor and 9-of-12 from the free throw line.

“It was a scrappy series, defensive series, physical series,” Hayward said. “Proud of our team for fighting. We fought through it. It was a great team win.”

The Celtics led 73-72 entering the fourth quarter but the Pacers had taken an 82-80 edge when Boston unleashed a critical 15-3 run to seize command.

Hayward had a 3-point play and a 3-point basket in the run while Tatum added a dunk and three free throws for the Celtics, who jumped ahead 95-85 with 3:32 to play.

After that, the Pacers never came closer than the final margin.
Bojan Bogdanovic led Indiana with 22 points.

Elsewhere, Kevin Durant scored 33 points and the Golden State Warriors held on to beat the Los Angeles Clippers 113-105 to take a commanding 3-1 lead in their Western Conference first-round series.

After winning both games in Los Angeles, the Warriors can wrap things up in game five on Wednesday in Oakland.

Klay Thompson scored 27 of his 32 points in the first half for the Warriors. Stephen Curry had an off night shooting 3-for-14, including 1-of-9 from 3-point range, and finishing with 12 points.

Lou Williams came off the bench to score 12 and Patrick Beverley also had a dozen and a team-high 10 rebounds in the loss.